The updates include models such as the Dinky, Rhoads, Soloist, Warrior and Kelly models. 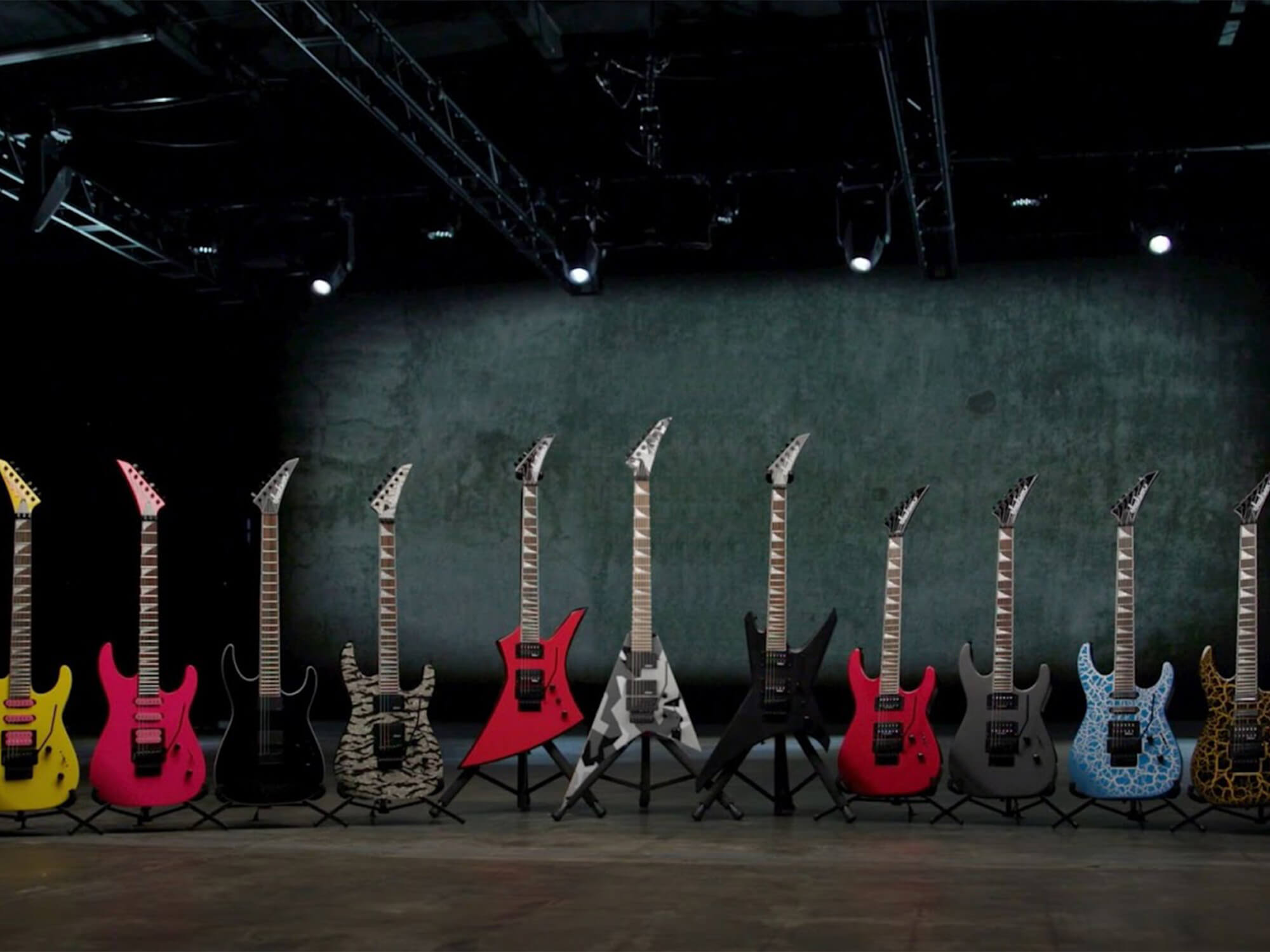 NAMM 2022: Jackson Guitars has recently expanded its well-renowned X Series, launching numerous new models ahead of NAMM which takes place later this week. With eight new restyled guitars and two new appearances for their pre-existing bass models, the new 2022 collection seems to be more eye-catching than ever before.

Boasting that the new models that have been launched come “loaded with purebred Jackson DNA”, the latest arsenal to the X Series combines a classic guitar style with modern materials, unique construction and a less-than-subtle nod back to the 1980s.

This rekindling of the glam-rock era is seen most blatantly on the new SL3X DX Crackle model (RRP $849). Available in either a Yellow or FrostByte crackle finish, both new designs come donning a basswood body, through-body maple neck with graphite reinforcement and a Jackson designed high-output humbucking bridge – ideal for those looking for that retro flair.

A similar approach can be seen in the new line of DK3XR HSSs. Priced at $599 and now launched in both Caution Yellow and Neon Pink, these more-wallet-friendly Dinkys are ensured to stand out amid the rest. Here, the duo sport a Nyatoh body, Floyd Rose double-locking tremolo system and a bolt-on maple neck that comes with graphite reinforcement and satin back finish.

The most high-end of the launches are the SLX DX Camo and SLA6 DX Archtop Baritone – each priced at $899. Somewhat bearing a more subtle, sleek approach than the DK3XR HSS models, these two more-steeply priced designs both, once again, consist of a Nyatoh body and through-body maple neck. In addition, the latter also embeds a 12″-16″ compound-radius laurel fretboard and comes fitted with a Jackson HT6 string-through-body hardtail bridge.

Amid the eight new guitar launches as part of its 2022 range, Jackson has also incorporated two new revamped basses into its collection: the CBXNT DX V Concert Bass and the SBX IV Spectra Bass.

The first of which is a 5-string model which comes in either a Snow White or Gloss Black finish over a poplar body. Other features include its 35” scale length, new Jackson Bass Bacher V hardtail bridge and a set of J-Style and P-Style Jackson pickups that are paired with a three-band EQ. This model is available for $799.

Alternately, the SBX IV Spectra Bass is valued at $699, featuring a Nyatoh body, a pair of medium output Jackson pickups, a push/pull detail on the volume for active/passive use and a three-band EQ when in active mode. This model also comes bearing the Jackson HiMass bridge and is available in either Gloss Black or a Matte Army Drab.

Information on the remainder of the new launches can be found at Jackson.