NAMM 2022: Rich Robinson on the sentiment of his custom Martin Guitar signature D-28 model: “I put it right next to my Dad’s and it looks the same.”

The Black Crowes’ guitarist chats with us at NAMM on the magic of his perfectly imperfect signature model.

NAMM 2022: Rich Robinson of The Black Crowes has spoken on the sentimental meaning of his new custom signature D-28 model with Martin Guitars, after giving the a first look at the guitar that purposefully shows some wear and tear.

The Rich Robinson D-28 was inspired by his father’s guitar, and the model intentionally encapsulates all the details from its tough love over the years.

The guitar is the first ever model inspired by an artist’s personal instrument that Martin has made. Speaking at this year’s NAMM, Robinson stated, “This guitar was in our house for our whole lives with my brother and I growing up, so it was something that was quite important to us. My dad had a huge influence on us, [he] passed away a couple years ago.” 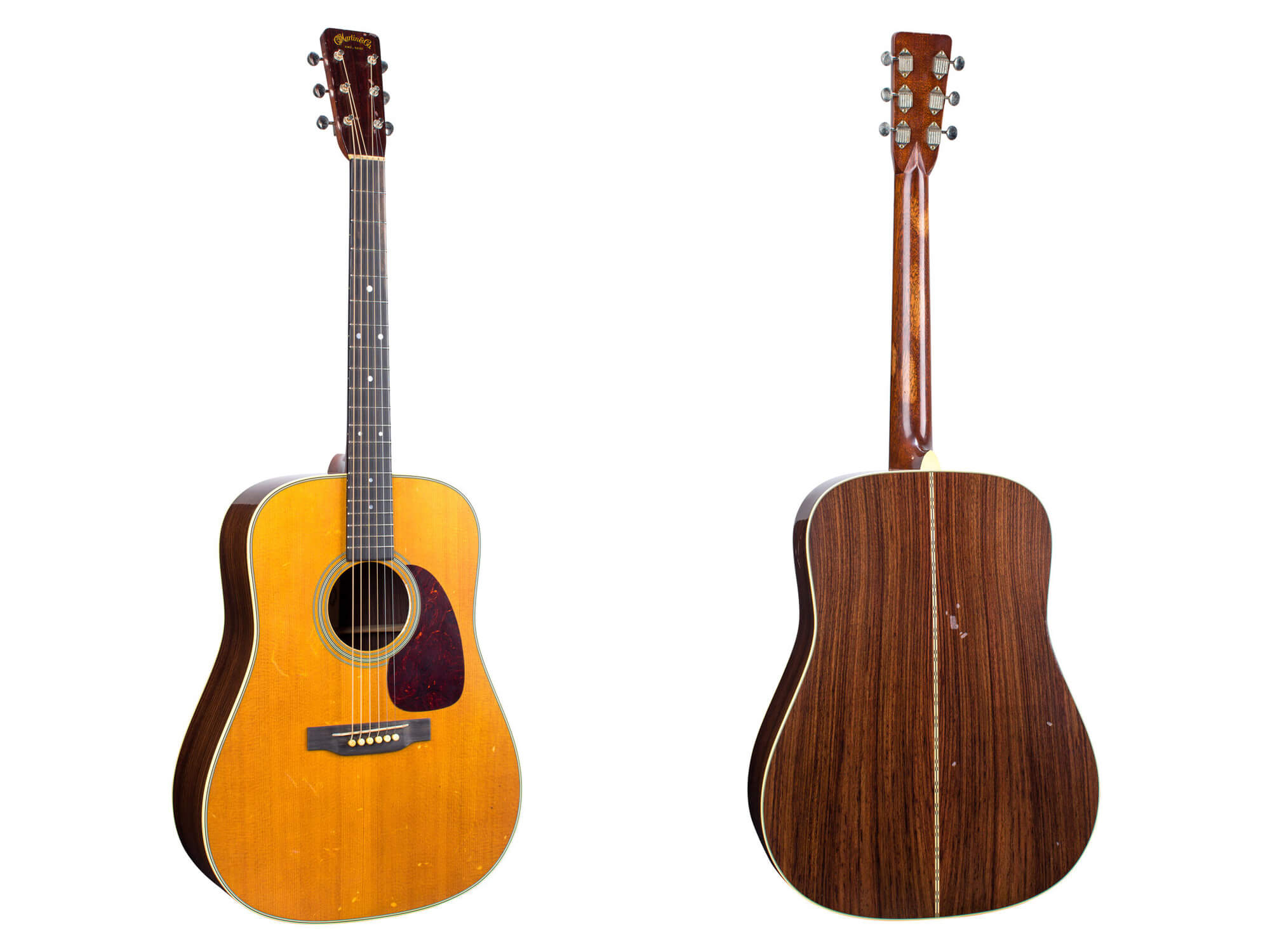 When it comes to the features of this meaningful model, it comes encased in East Indian rosewood with a Sitka spruce top and vintage gloss finish. It’s full of vintage characteristics such as the Signature dovetail neck joint, ebony fingerboard and aged nickel tuners.

Robinson spoke of his intention for selecting such features with passion, “The way the neck is, down to the tuners [I was] ultimately trying to recreate how it feels. The older Martins can be a bitch to play, you know? You’re fighting with it. But its character is what I like, it makes it a journey. It’s so easy and present and right there. Other than that, I’m not too technical ultimately.” He adds, “I look at it, I put it right next to my Dad’s and it looks the same.”

During his talk, he gave a demo showcasing its jangly, bright and twangy sound. A little later, Guitar.com spoke directly with Robinson at NAMM. “It would have felt weird to have a shiny new one,” he told us, “to do that tribute the way it is – the way it exists right now – is what was important to me”

So what else is it about the D-28 that he finds so inspirational?: “For me it’s the balance,” he added. “There are some Gibsons’ that are good for strumming but not good for picking, and this one kind of does both. You can have that percussive thing – when you hit it, it sounds fucking great. When you seperate it out it really transmits and projects the way it should.”

If you’re hoping to see the model in action, Robinson plans to take it out on tour this summer, after missing life on the road thanks to the COVID-19 pandemic: “It’s the most I’ve ever not toured in my life, for me that was really hard. Getting back out there and feeling that vibration of playing with the band – it’s like a relief.”