This edition comes in a popping Spalted Sunburst finish. 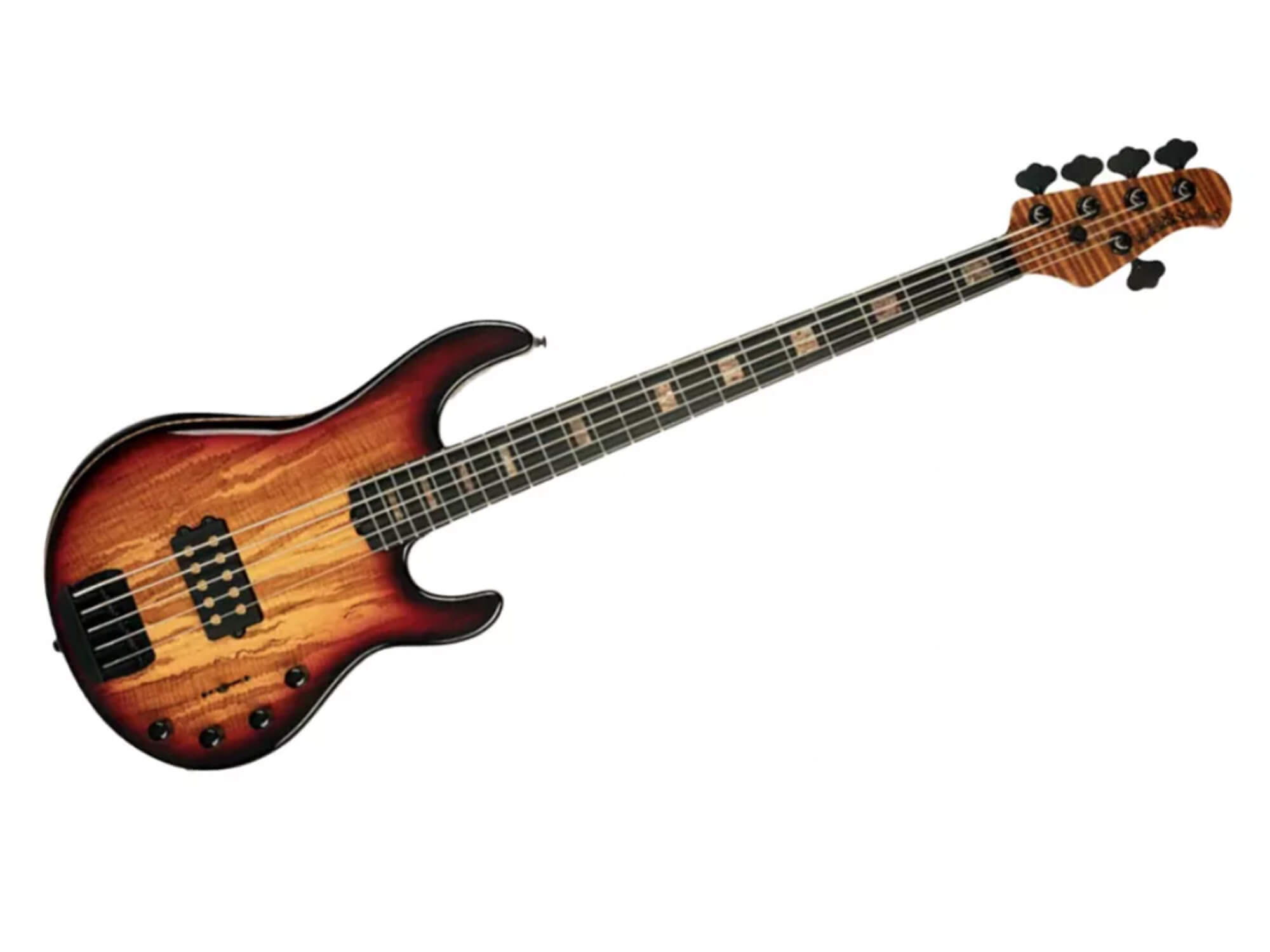 NAMM 2022: Ernie Ball Music Man has unveiled a 35th Anniversary edition of its StingRay 5 bass guitar – Its second StingRay line release in the space of just a couple of months.

The StingRay was re-released back in 2017 also, during the time of the 30th anniversary for the popular bass, and came in a Trans Buttercream finish.

This edition comes in a Spalted Sunburst finish with an ash body. It’s got a spalted top with a thin veneer of figured maple and a roasted figured maple neck, and hosts an ebony fretboard with copper pearlescent block inlays.

In usual StingRay style, there’s a single bridge humbucker and a three-band EQ active preamp with 18 volts of clean headroom, a master volume knob, and a three-way blade pickup switch.

This coppery-coloured five string will also come with a certificate of authenticity. You can get a closer look at the bass in the video below:

NAMM has revealed an array of new line ups from Ernie Ball Music Man, including its expansion of the John Petrucci collection of guitars with six finishes in six, seven or eight string models and a partnership with Tosin Abasi for the Kaizen seven string.

The Ernie Ball Music Man 35th Anniversary StingRay 5 bass guitar will be available from August 2022, a retail price is yet to be revealed. You can find out more on their website here.