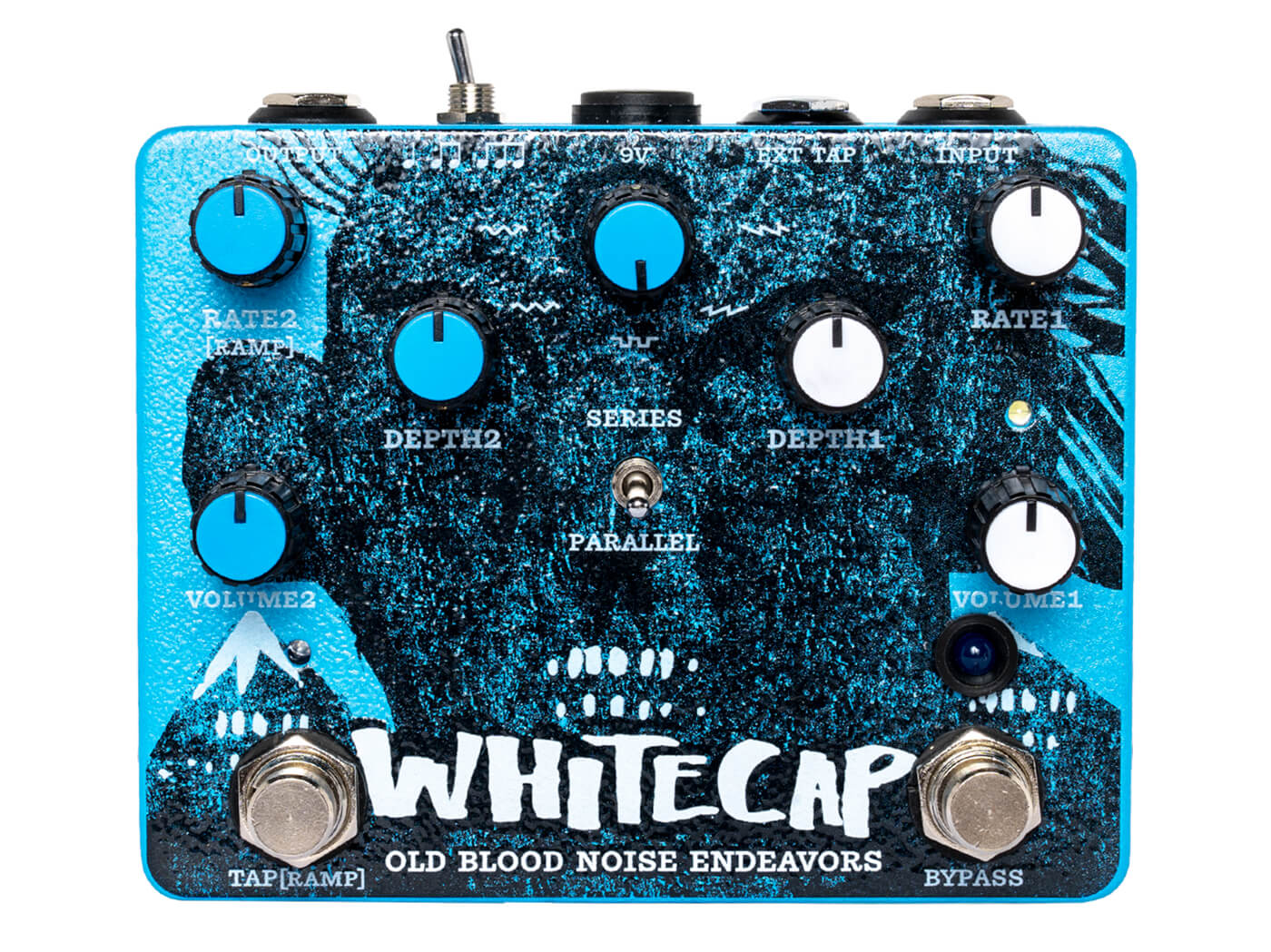 Old Blood Noise Endeavors has unveiled the Whitecap Asynchronous Dual Tremolo which, as its name suggests, features two trem circuits: analogue and digital. Both circuits can be used independently, but the Whitecap floats into some extraterrestrial territory when both are combined. Here are the details:

As mentioned above, the Whitecap boasts two sonic sides: classic analogue tremolo and a digital, tap tempo-equipped tremolo. The former supplies you with old-school tremolo sounds, which can range from sluggish oscillations to blitzing repetitions. The digital option is loaded with five selectable wave shapes – sine, triangle, square, saw and reverse saw – from which you can craft both slow and rapid-fire pulses.

Using the two circuits independently is fairly straightforward, but the Whitecap truly starts to shine when both circuits are put together – in either series or parallel – for complex modulations.

One suggested method of operation is to first lock in the digital tremolo with a track – via tap tempo – before setting loose its analogue counterpart. The result, according to OBNE, would either be a “complementary counter-rhythm or a touch of un-synced trippy madness”. Holding down the tap tempo footswitch (i.e. ramp) will see the digital tremolo shift into different rhythmic gears, creating new textures on the go.

Each circuit comes with a set of independent controls. The analogue side is governed by three familiar tremolo controls: rate, depth and volume. The digital half has the same three-control format, though its rate knob also governs the ramp speed. You’ll also find an additional knob on the digital side that cycles through the five waveshapes detailed earlier.

Rounding out the stomper’s controls are a series/parallel toggle switch, a relay bypass switch, a bypass footswitch and a tap tempo footswitch. The last of these, which is compatible with external tap controllers, can be configured to quarter note, eighth note or triplet subdivisions.

Hear the Whitecap in action below: