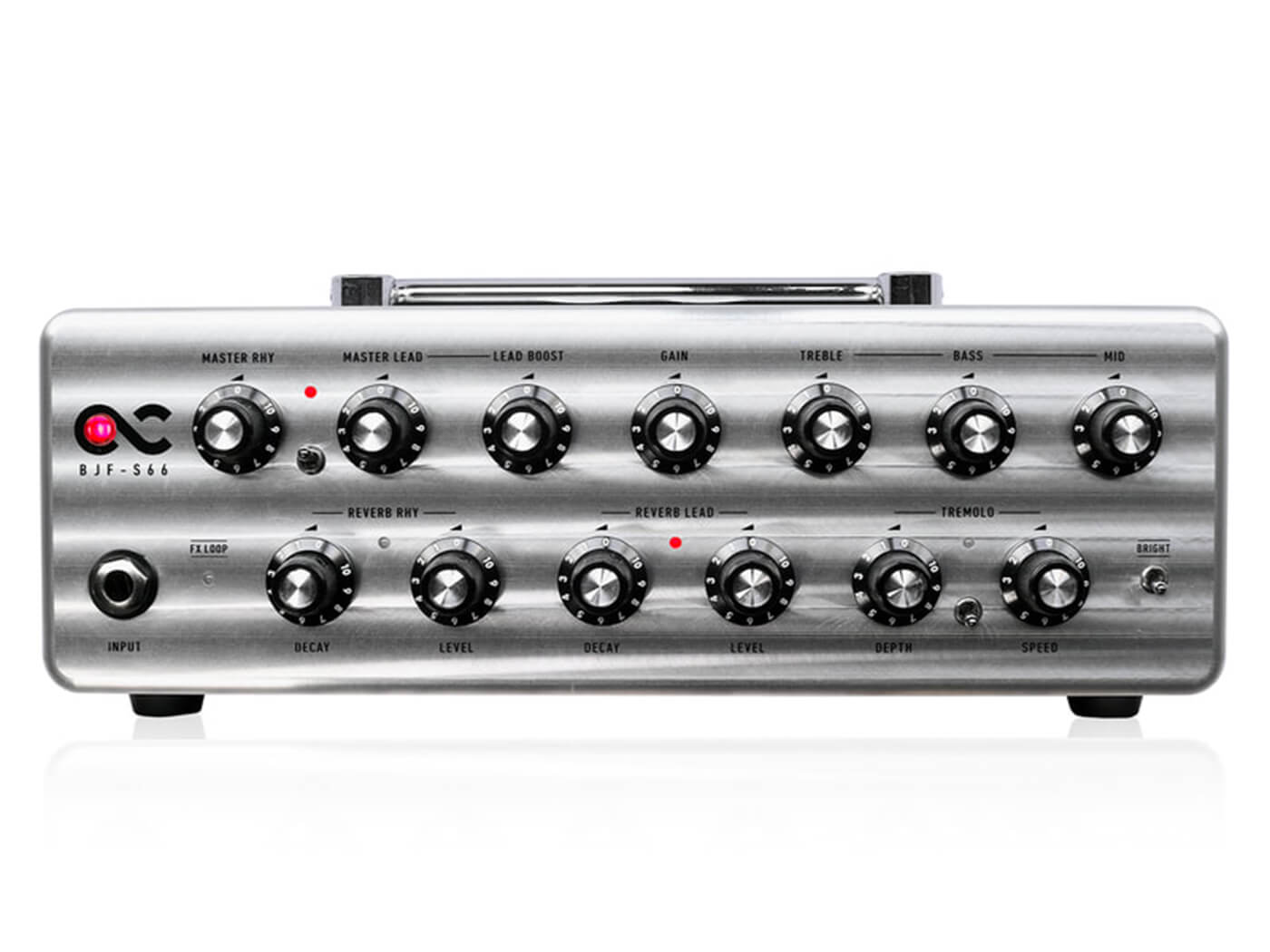 Japanese pedal company One Control has unveiled its first guitar amplifier: the BJF-S66. Jointly designed with Swedish electronics guru Björn Juhl, this compact head nods to mid-60s American Blackface amps which were known for their ease of use and stompbox integration.

The BJF-S66 features an efficient Class D power amp design along with a preamp that’s said to offer a solid-state, all-analogue signal path. The amp is designed to drive a variety of speakers – from four to 16 ohms – while also having output options such as 100 watts at 4 ohms, 66 watts at 8 ohms and 30 watts at 16 ohms.

Onboard the amp, you’ll find two channels: Rhythm and Lead. You’ll be able to tweak the channels’ sound with an adjustable lead boost, three-band EQ and a bright switch. The BJF-S66 also equips you with an in-built tremolo along with channel-specific reverb and decay controls.

Around the back is a versatile range of I/Os comprising an FX loop, preamp out, speaker out as well as footswitch inputs. The last of these allow you to use compatible footswitches for channel selection, as well as manage the FX loop and in-built tremolo.

Available at $599. More info at one-control.com.