‘It’s Not Living’ without a pearl pink Oopegg. 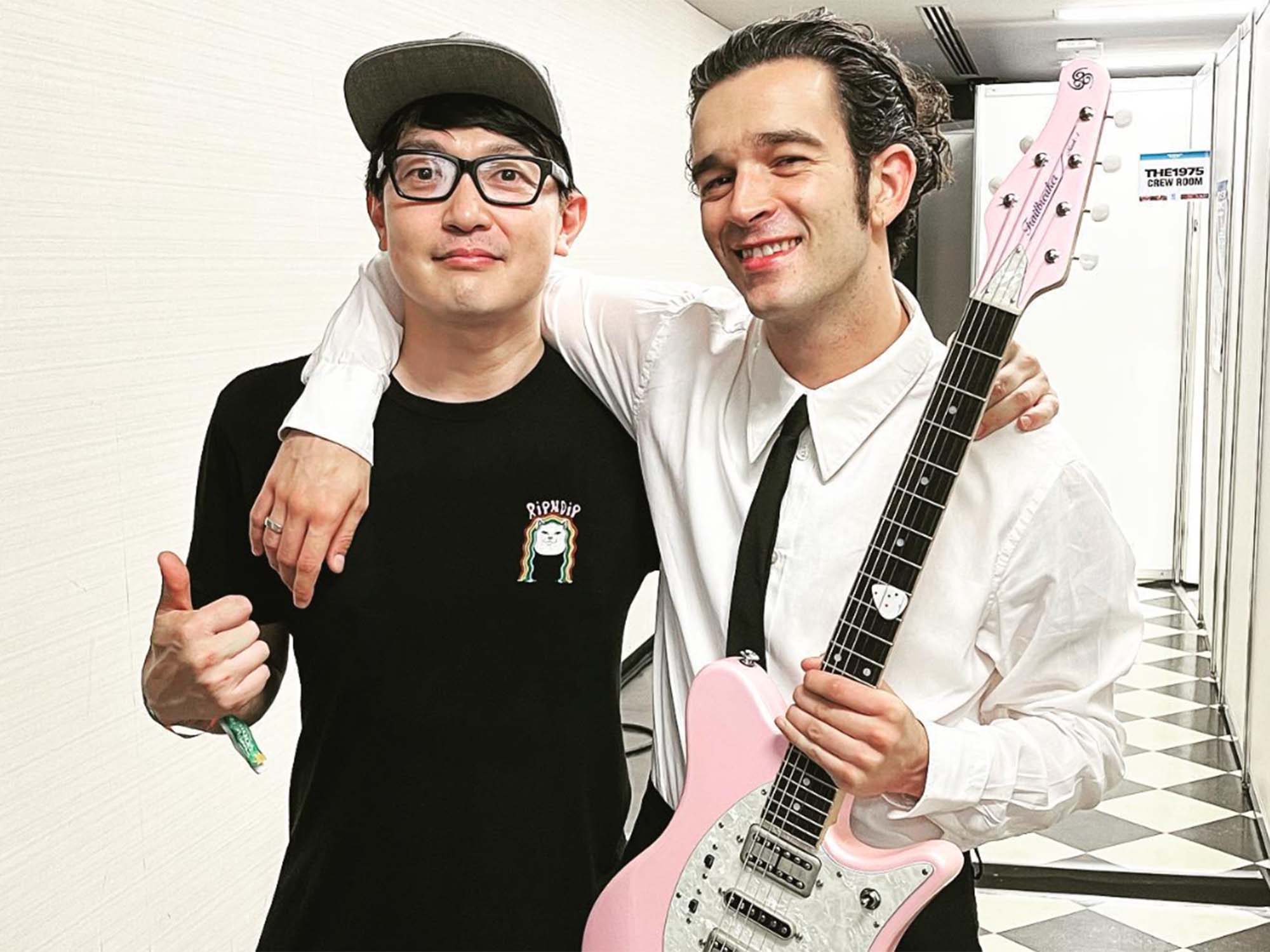 Japanese guitar manufacturer Oopegg has praised The 1975 frontman Matty Healy for his love of the Oopegg Supreme Collection Trailbreaker Mark-I.

In a post to Instagram, the Somebody Else musician can be seen standing with his Oopegg guitar in a glossy pearl pink finish, ahead of his performance at Summer Sonic, a two-day music festival across both Osaka and Tokyo.

The Japanese guitar manufacturer shared their delight about the singer’s guitar choice:

“Welcome to Tokyo, Japan🇯🇵 Thank you so much for loving OOPEGG Supreme Collection Trailbreaker Mark-I in Pearl Pink finish🌸. Have a great show at Summer Sonic and world tour, Matty ”

The festival also saw the likes of Post Malone, Primal Scream, Beabadoobe and Måneskin perform across the weekend, as well as a series of Japanese acts such as Mrs. Green Apple, and WANIMA.

The performances marked The 1975’s first live show since March 2020 in Dublin, Ireland, and the band marked the occasion by the debut performance of a brand new song called I’m In Love With You, as well as two tracks from their forthcoming LP Being Funny In A Foreign Language’, which is due for release on October 14.

You can see footage of the live debut below:

NEW SONG – I’M IN LOVE WITH YOU @the1975 pic.twitter.com/capq3tVKws

In more The 1975 news, the band are set to headline Reading and Leeds Festival this weekend (August 26-28) after Rage Against The Machine were forced to pull out due to injury, resulting in criticism by ticket holders who were shocked by the drastic genre change.