Orange reissues three pedals from the 1970s: the Distortion, Sustain and Phaser

The Sustain, Distortion and Phaser all come in big vintage boxes. 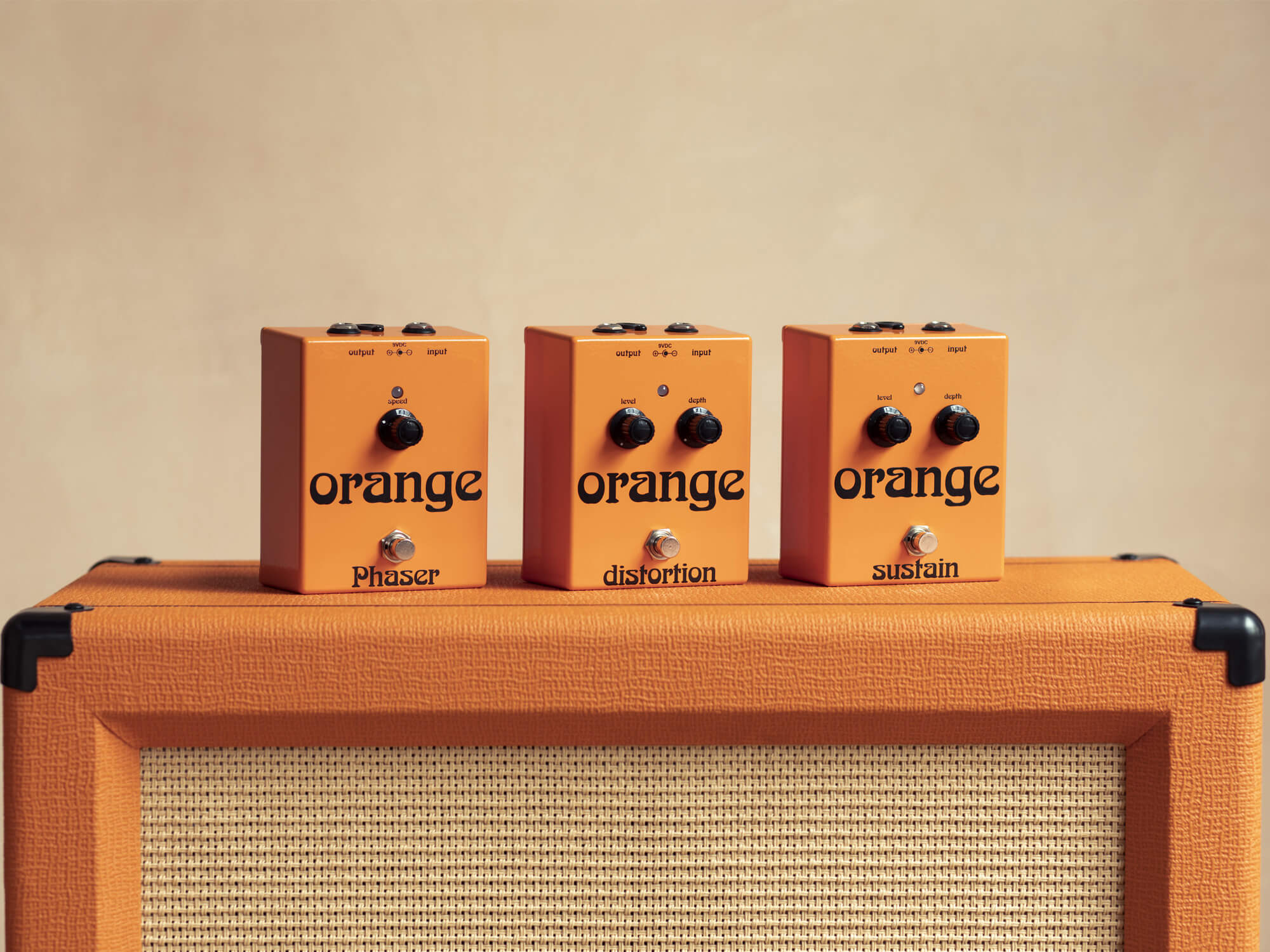 Orange has reissued three of their effect pedals from the 1970s: the Sustain, Phaser and Distortion.

What two of the three pedals do is self-explanatory – Phaser and Distortion are, well, a phaser and distortion respectively. The third, Sustain, is a compressor.

The reissue project started in 2019 when a photo of an original Sustain pedal was shared online and caught Orange’s attention. The schematics for the Sustain, Distortion and Phaser were found. Orange then updated the units with modern features such as bypass LEDs and standard power requirements – which, as you’ll know if you mess around with vintage effects, weren’t always a given in the world of pedals.

Orange also notes that the Distortion pedal specifically has had its circuit architecture redesigned, replacing its back-to-back diode design with a new amp-style circuit. Orange claims that the “new design doesn’t mean new sound,” as — the pedal “retains all the bite, growl, warmth and howl of its 1970s forefather, from fat gravelly textures to red-hot screamers and maximum saturation.”

Controls across the three pedals are relatively simple. The distortion and sustain pedals both have a level and a depth control. In each case the level control adjusts the pedal’s output, and the depth the intensity of either the distortion or the compression. The distortion pedal also has an internal trim-pot. The phaser is even simpler, with just a single knob for speed.

Check out all three with Orange’s excellent video demonstration below:

Each of the pedals lists for $249, and comes in a large box (guess what colour?) with top-mounted jacks. Find out more over at orangeamps.com.