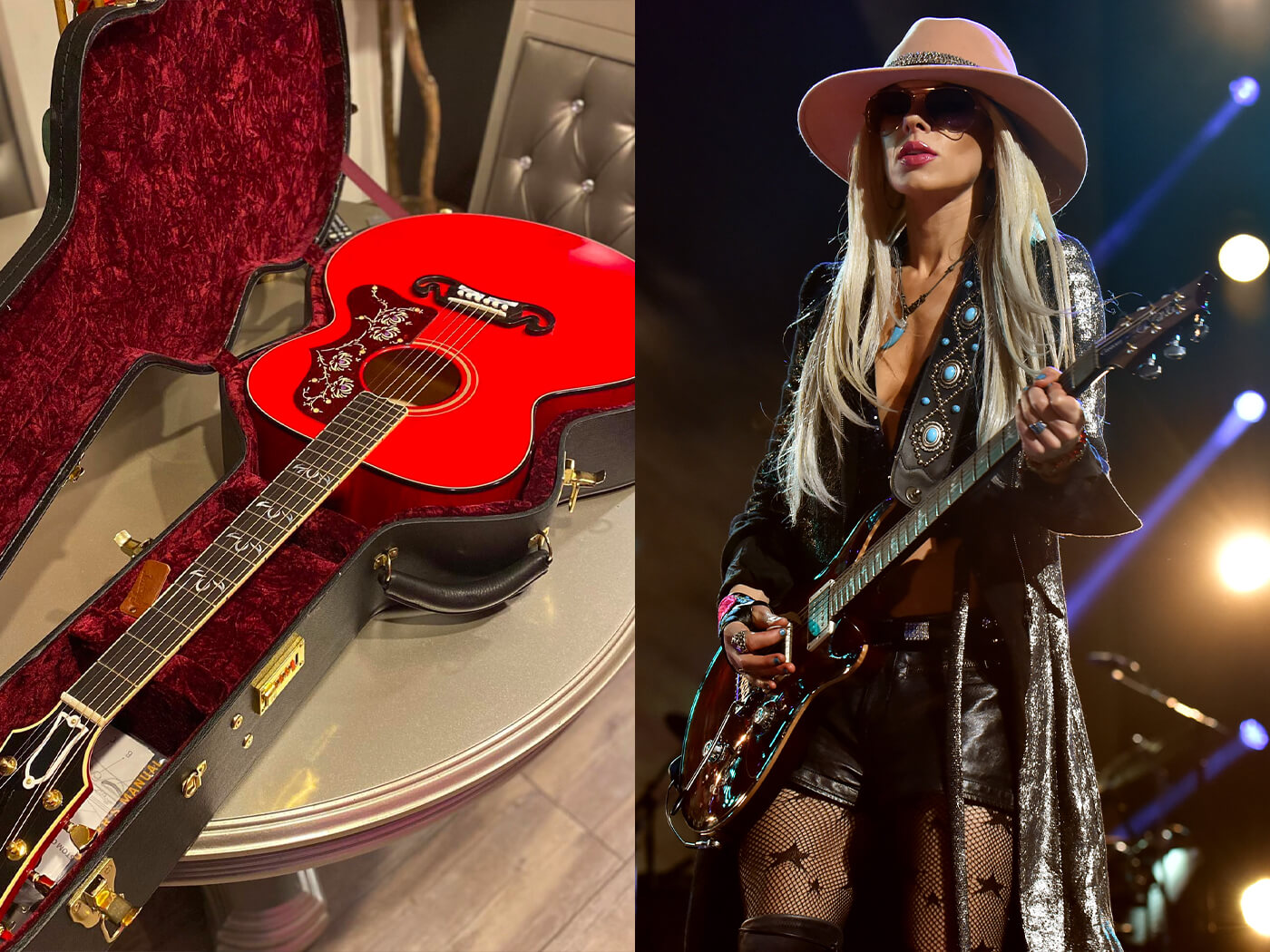 Orianthi has given a sneak preview of her upcoming signature Gibson acoustic, which she says “will be available soon”. The Australian guitarist’s collaboration with Gibson was first revealed last week in a press release from Frontiers Music announcing Orianthi’s upcoming studio album.

Addressing fans over Facebook, Orianthi shared pictures of her new signature acoustic model, along with the caption: “Couldn’t be more excited about my new signature @gibsonguitar acoustic. Will be available soon.”

The upcoming collaboration with Gibson raises questions as to whether Orianthi’s long ties with PRS Guitars have been severed. As of press time, the musician still appears in PRS’ list of associated artists.

Orianthi’s new solo record, still unnamed at this point, will be her first with Naples-based Frontiers Music, following 2013’s Heaven In This Hell. The LP is due for a November 2020 release, with a first single due to arrive 31 August.

In a press release, the Australian musician expressed her excitement about her new partnership with Frontiers Music, saying: “I am thrilled about this new chapter with Frontiers. Their passion and enthusiasm for music is such a great reminder of why I love creating music. I couldn’t be more excited to release my upcoming album with them.”

Leading up to the album’s release, Orianthi also announced over Facebook that she will be performing new material at a live-streamed show at the Whiskey A Go Go in Hollywood, California on 19 September. Tickets to that event will be available soon.