It has an ES-345 style neck for playability, and an ornate aesthetic. 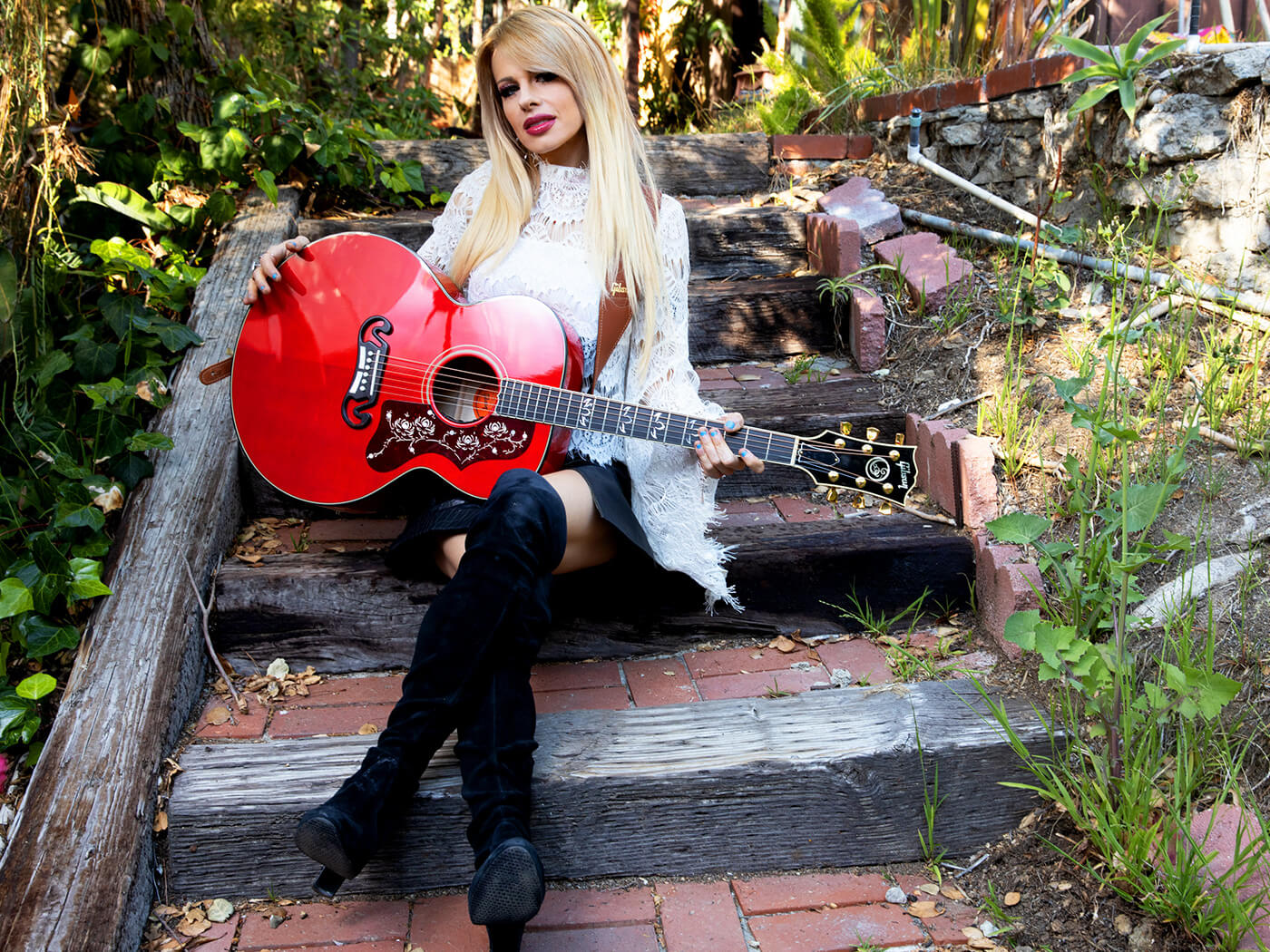 Gibson has launched its new collaboration with guitarist Orianthi, a unique SJ-200 acoustic that was first announced in January of this year.

The guitar sports a unique combination of a cherry-finished SJ-200 acoustic body with an ES-345 neck. The body is constructed with an AAA Sitka spruce top and flamed maple back, while the neck is made from two pieces of maple, with a walnut stringer. This is topped with an ebony fretboard, sporting signature lotus inlays.

Complementing the cherry nitrocellulose finish is a special pickguard with Lotus Flowers design, as well as Orianthi’s own signature ‘O’ logo on the headstock.

“The body is such a full sounding guitar, I mean, being an SJ-200 and everything,” Orianthi said of the instrument back in January. “Having an electric guitar neck on the acoustic body is like just a perfect scenario.”

“I couldn’t be happier!” she added. “It’s the same full SJ-200 sound, but it plays much faster with a 345 neck on it, and with the modified unique LR Baggs custom pickup, it’s a balanced guitar and cuts through.”

You can see Orianthi herself demonstrating the guitar in Gibson’s video below.