The RevivalDRIVE pedal is not being renamed. 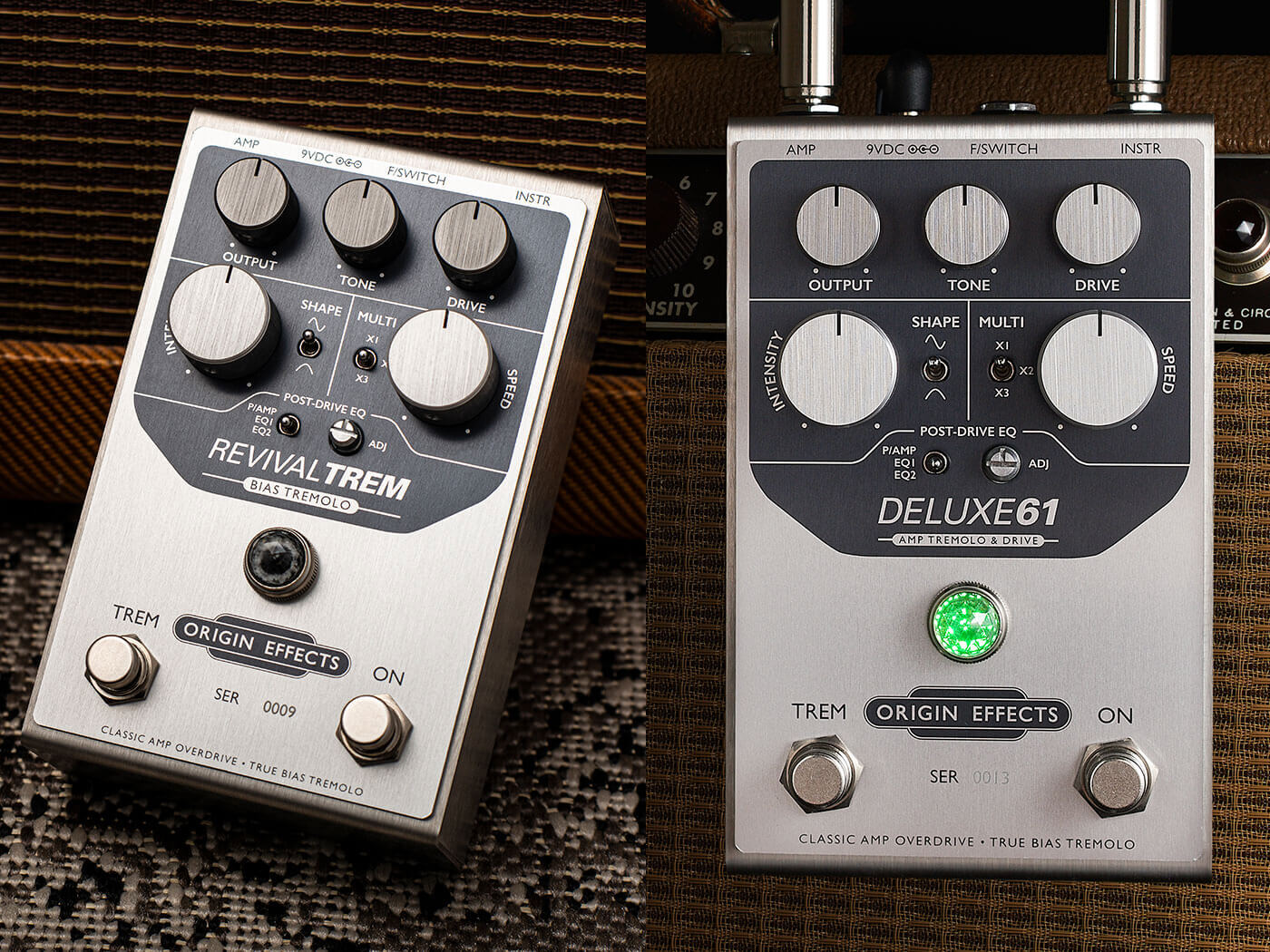 Origin Effects has announced that it is renaming its RevivalTREM pedal to the DELUXE61.

While the news comes in the midst of an ongoing trademark dispute between Origin Effects and Revival Electric, the former made no mention of the conflict when it announced the name change.

“We’re changing the name to reflect the fact that it is more than just a Tremolo pedal – it’s an entire amp circuit recreated in miniature, faithfully emulating the overdrive and tremolo sounds of a vintage 1961 Fender Brown Deluxe,” Origin Effects said in a statement.

The name change comes just months after Revival Electric founder Travis Harris accused Origin Effects of attempting to “strip” his company of its name through legal action after a trademark for the latter’s RevivalDRIVE pedal was allegedly denied by the United States Patent And Trademark Office (USPTO).

In response to Revival Electric’s statement on the dispute, Origin Effects alleged that Harris’ portrayal of events was “inaccurate”.

However, the denial of the trademark for RevivalDRIVE continues to be contested, and Harris has now filed a complaint against Origin Effects, claiming that its continued use of the name RevivalDRIVE is unauthorised. Revival Electric is seeking “injunctive and monetary relief”. If granted, this would effectively result in both financial compensation for Revival Electric and a legal requirement for Origin Effects to cease its use of the name RevivalDRIVE.

In a statement provided to Guitar.com, Origin Effects’ Product Manager John Dines reiterated the claim that the name change is not related to the ongoing dispute.

“This name change is not related to the dispute with Revival Electric. We’ve wanted to change the name of the RevivalTREM since we launched our MAGMA57 pedal but have been waiting for a convenient time in our production scheduling.

“The name was always a little misleading – suggesting it’s just a tremolo pedal when it can do a lot more than that. The DELUXE61 is a complete circuit recreation of the Fender Brown Deluxe amp and the name change has allowed us to make that a lot more obvious, bringing it in line with our Magnatone-inspired MAGMA57.

With regards to the RevivalTREM’s name change to the DELUXE61, Origin Effects notes that internal circuitry remains the same save for a “slight adjustment in output level.” The pedal itself is two-sided, with separate footswitches for overall bypass and the tremolo effect. It comes with an RRP of £385 / $459.