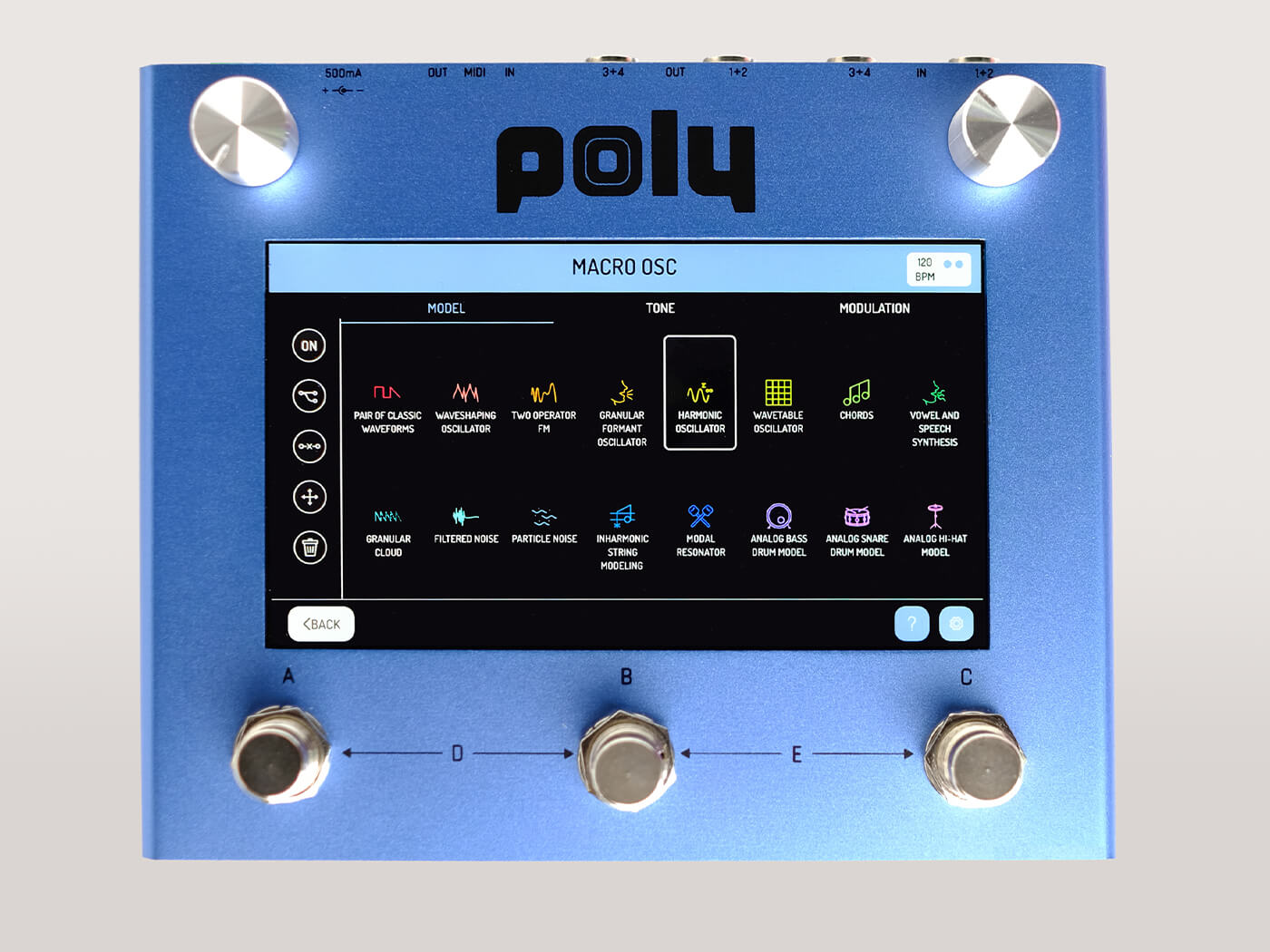 Poly Effects has launched the Beebo, a multi-modulation pedal that draws from Eurorack modular synths. It delivers its experience through an intuitive touch screen display, which is used to access its array of conventional and modular effects, flexible routing options and even a drum machine.

In terms of more conventional effects, the Beebo offers a recognisable fare of choruses, delays, EQs, compressors, phaser and many more. These are visualised as blocks on the graphic interface and can be routed by simple dragging and drawing to create custom patches. Each effect also offers a wealth of controls – the rotary effect, for instance, sports 30 parameters.

More of a stranger to the six-string realm are the Beebo’s powerful modular effects, ported directly from popular Eurorack modules. These include a granular texture synthesiser, 16-model macro oscillator and a meta modulator with seven blendable signal-combining algorithms. On top of this, there are also some more esoteric effects, such as turntable stop, twist delay and even time stretch.

Outside of the touchscreen display, effects can also be controlled via the Beebo’s two knobs, and three footswitches, which are custom assignable to various parameters. The device was designed with sonic exploration in mind, and as such, there’s a USB port for importing and exporting curated presets.

Rather significant, is that you can – without even switching the device off – swap the Beebo’s firmware over to that of the Poly Effects Digit’s, a similar “visual modular” pedal that focuses on time-based effects, convolution reverbs and IR-loading.

The Beebo is available for $399, directly through Poly Effects.

Listen to and learn more about the Beebo at polyeffects.com