Paul Reed Smith and Doug Sewell got a look at a modified Marshall Super Lead used by Hendrix.

PRS has launched the new HX series of amplifiers, a pair of guitar amp heads inspired by a modified 100-watt Marshall Super Lead that Paul Reed Smith and PRS amp designer Doug Sewell were allowed to study. The amplifier was purportedly used by Hendrix on stage at Woodstock, and currently resides in Seattle’s Museum Of Pop Culture.

PRS says that the HX amps are not an exact replica of the amplifier in question, instead they “capture the circuit and the flexibility and power of late 60’s British-inspired Jimi Hendrix tone in a straightforward design.” The HX series consists of two amplifier heads, a 100-watt head and a 50-watt head. There are also two cabinets, a 2×12 and a 4×12 loaded with Celestion G12H-75 Creamback speakers. 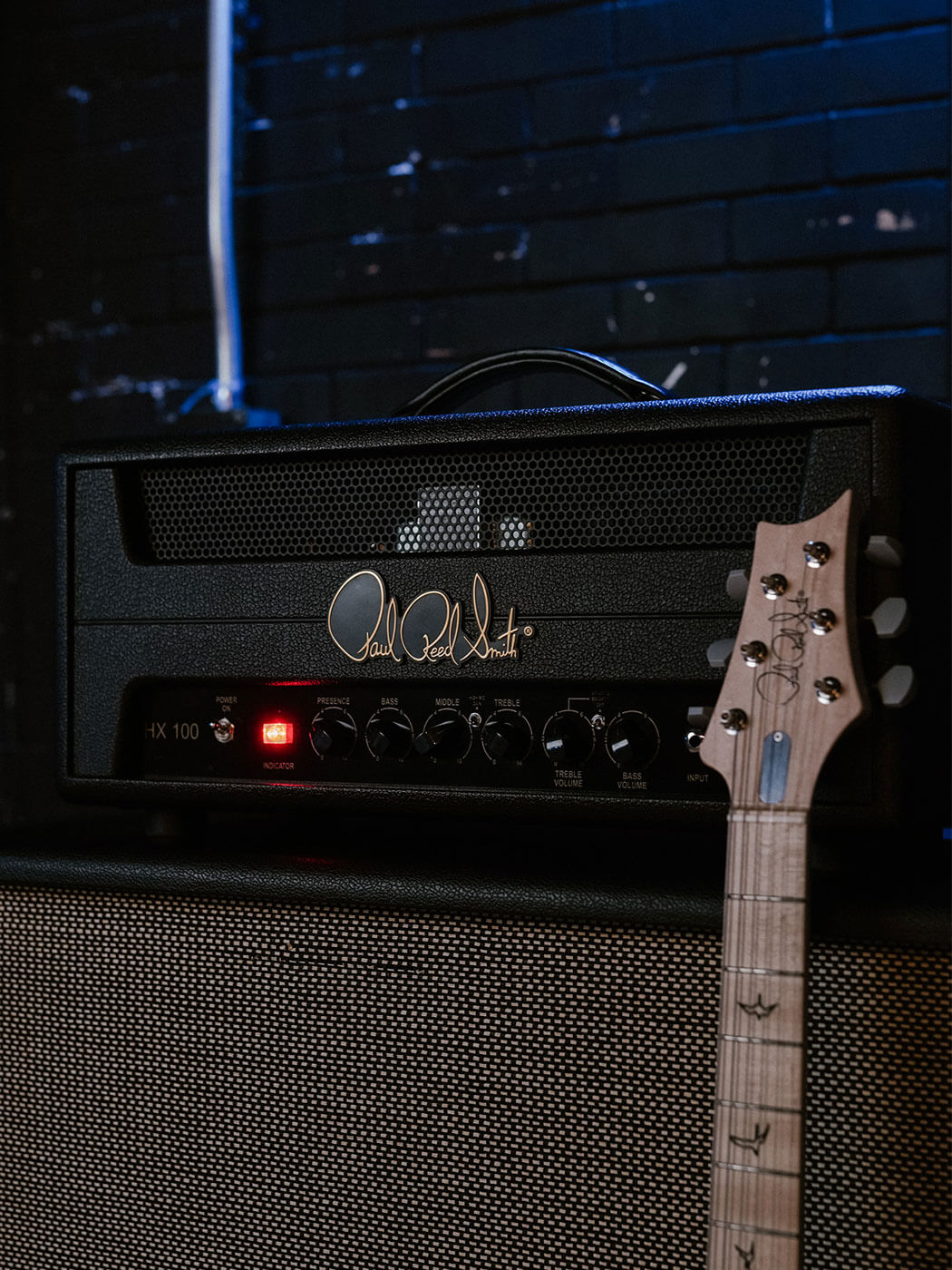 Both the heads feature the same control layout: there are knobs for presence, bass, middle, treble, as well as treble volume and bass volume. A two-position toggle switch engages a ‘high mid gain’ mode, while a three-position toggle switch engages one of two ‘bright’ modes. The two volume controls operate on two internally bridged channels, the equivalent of patching the lead and bass channels on an old Marshall.

The amplifiers follow on from PRS’ HXDA series, which had a similar development story, as Paul Reed Smith explains: “When the HXDA first came out, we were able to look at one of the amps used by the Allman Brothers for Live at the Fillmore. Now, we’ve had the opportunity to examine one of Hendrix’s touring amps and understand not just the circuit but the modifications and the parts choices that were made as Hendrix continued to use the amp.”

“These HX amps are intended to sound exactly the same as Hendrix’s touring rig, not look exactly the same. But we know this is hallowed ground. We feel privileged to reach back into history and bring something special into the current music landscape.”

PRS Amp designer Doug Sewell explained further of the approach to bringing the sound to life: “This is not a painstakingly historical re-creation of the amplifier Hendrix used, but a snapshot in the development of a series of modified amps he came to use on tour and in the studio,” he said. “Consideration was given to reliability, compatibility with his effects and guitars, the tones he achieved, and the feel and response of the amp.

“We have made an exhaustive search for all the critical parts that would enforce the original objectives Hendrix and the amp techs explored. We have married our part selection process with historical research and The Museum of Pop Culture amplifier to create an amp with the same great tone, feel, and reliability.”

You can see Smith and Sewell discuss the amplifier in the introductory video below. In the same video, Mark Lettieri, Michael Ault and Randy Bowland demonstrate the amp.