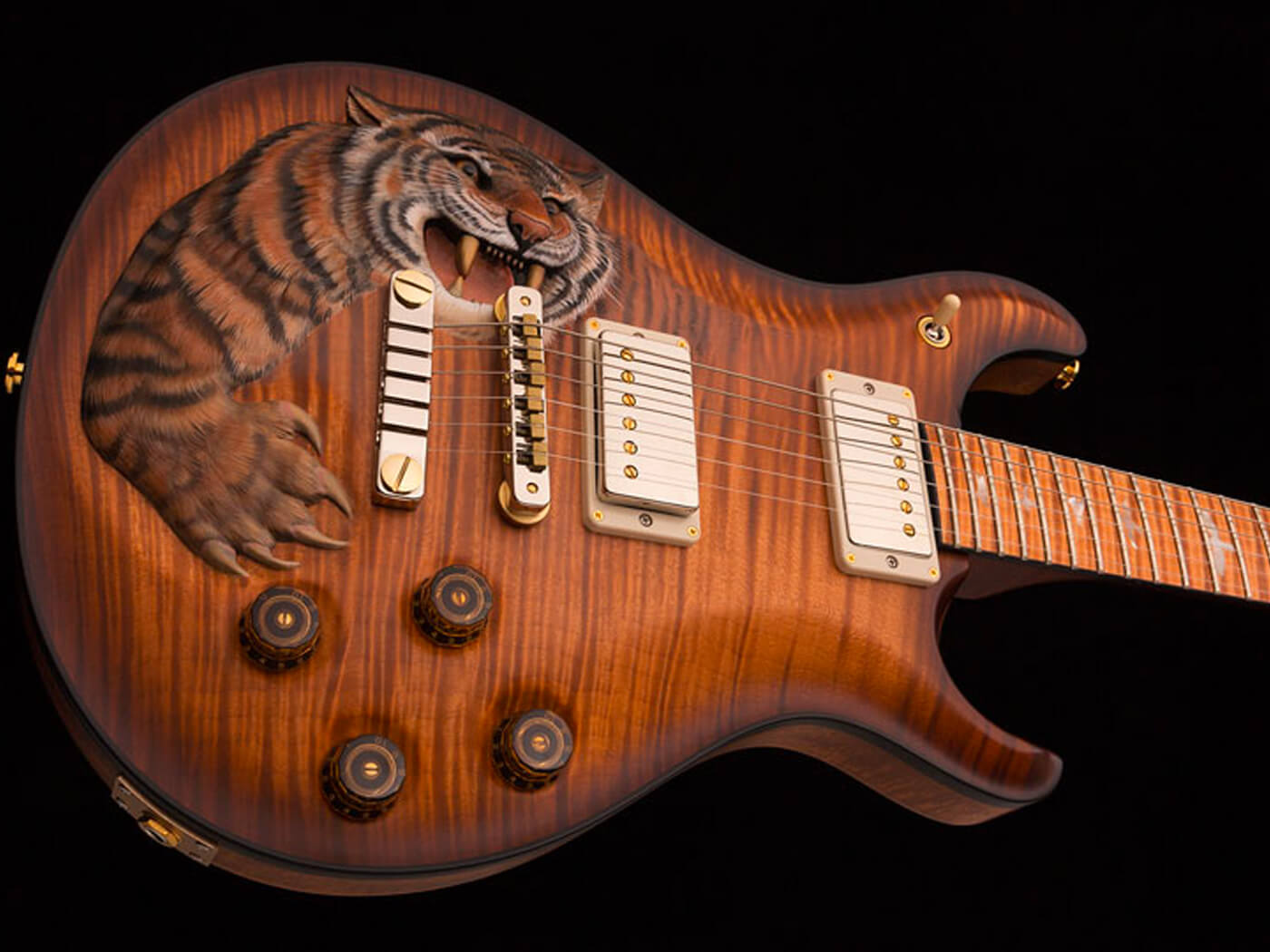 PRS – one of the founding partner brands at our forthcoming Guitar.com Live – has unleashed the highly ornate Private Stock “Snarling Tiger”, which features a hand-carved top from master carver Floyd Scholz.

The guitar is based on a McCarty 594 model, and features a one-piece curly maple top combined with a figured mahogany back. Both its neck and fingerboard are also of curly maple and feature ebony binding and bird inlays in mother of pearl.

As for electronics, the guitar sports a pair of PRS 58/15 LY humbuckers, which are controlled via two volume pots, two push/pull tone controls and a three way pickup selector.

According to Scholz – an artist renowned for his lifelike bird carvings – depicting his first big cat was no easy task.

“The Snarling Tiger was carved out of very hard maple. The alternating, contrasting grain patterns made it a challenging process,” said Scholz. “This is the first time that I’ve ever carved another animal onto a PRS Guitar other than a bird. It’s also my first big cat carving!”

Buy it at willcuttguitars.com, or see Scholz’s other carved pieces for PRS at floydscholz.com