Could it be a red herring or is there a more affordable version of John Mayer's signature guitar on the way?

Guitar string brand BlackSmith Strings has seemingly confirmed the existence of an SE version of the PRS Silver Sky, the brand’s signature model for John Mayer.

BlackSmith today (5 March) posted on Facebook an unconfirmed photo of a product spec sheet, labelled “PRS Silver Sky”, that appears to have come from the same factory as the other SE guitars: PT Cort. The photo has since been deleted, but you can see a screengrab here: 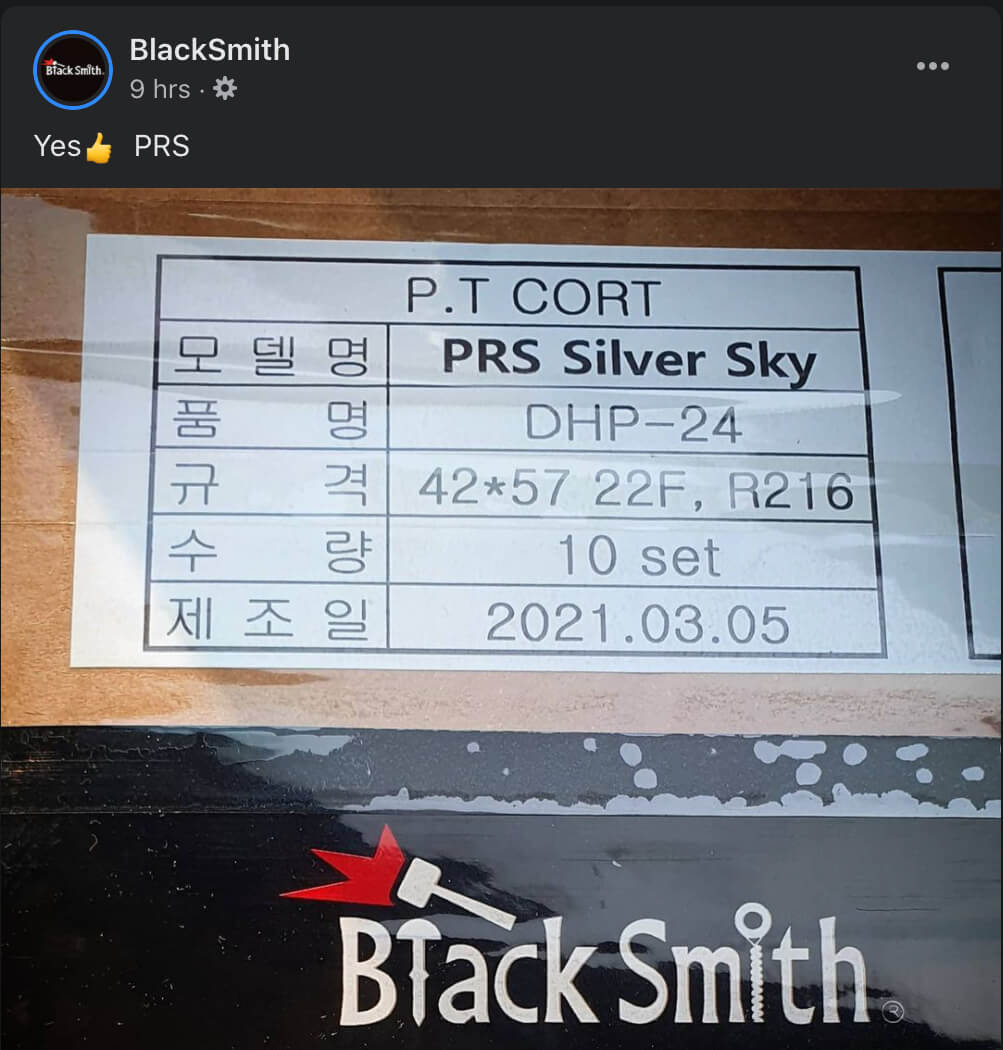 The PRS Silver Sky is currently only available in the US-made Core line, listing for over £2,000. The PRS SE range is more affordable, typically priced in the £500-£1,000 bracket. However, speculation surrounding an SE version of the signature guitar has been present ever since the model’s introduction.

The giveaway for an SE Silver Sky is the name “PT Cort”, which appears at the top of the sheet captured in the photo. PT Cort is the name of the Indonesian company which, alongside its own guitar brand, manufactures SE guitars for PRS.

The categories to the side of these specifications can be translated as follows:

Interestingly, if that last number does indeed translate to the ‘board radius, it would be a deviation from the US Silver Sky’s specifications, as its fretboard radius is a more rounded, vintage-style 7.25 inches. The rest of the specs, however, are consistent with existing Silver Sky models.

Other than this image, BlackSmith has not provided any other information: it could be a one-off, or a test sample of a product that’s set to use BlackSmith strings.

The introduction of the SE Silver Sky could make Mayer’s signature model a lot more accessible to a larger number of players, so it’s perhaps no surprise that this isn’t the first we’ve heard of the idea. Back in 2019, PRS COO Jack Higginbotham got the rumour mill turning when MusicRadar asked him, “When is the John Mayer Silver Sky coming over to the SE line?”

Higginbotham reportedly replied: “I like the way you did that: ‘When?’ Maybe you’d better turn off your voice recorder…”

This hint at the brand’s plans was almost a year and a half ago, but nothing official has been announced since. Stay tuned to Guitar.com for more information as it’s revealed.