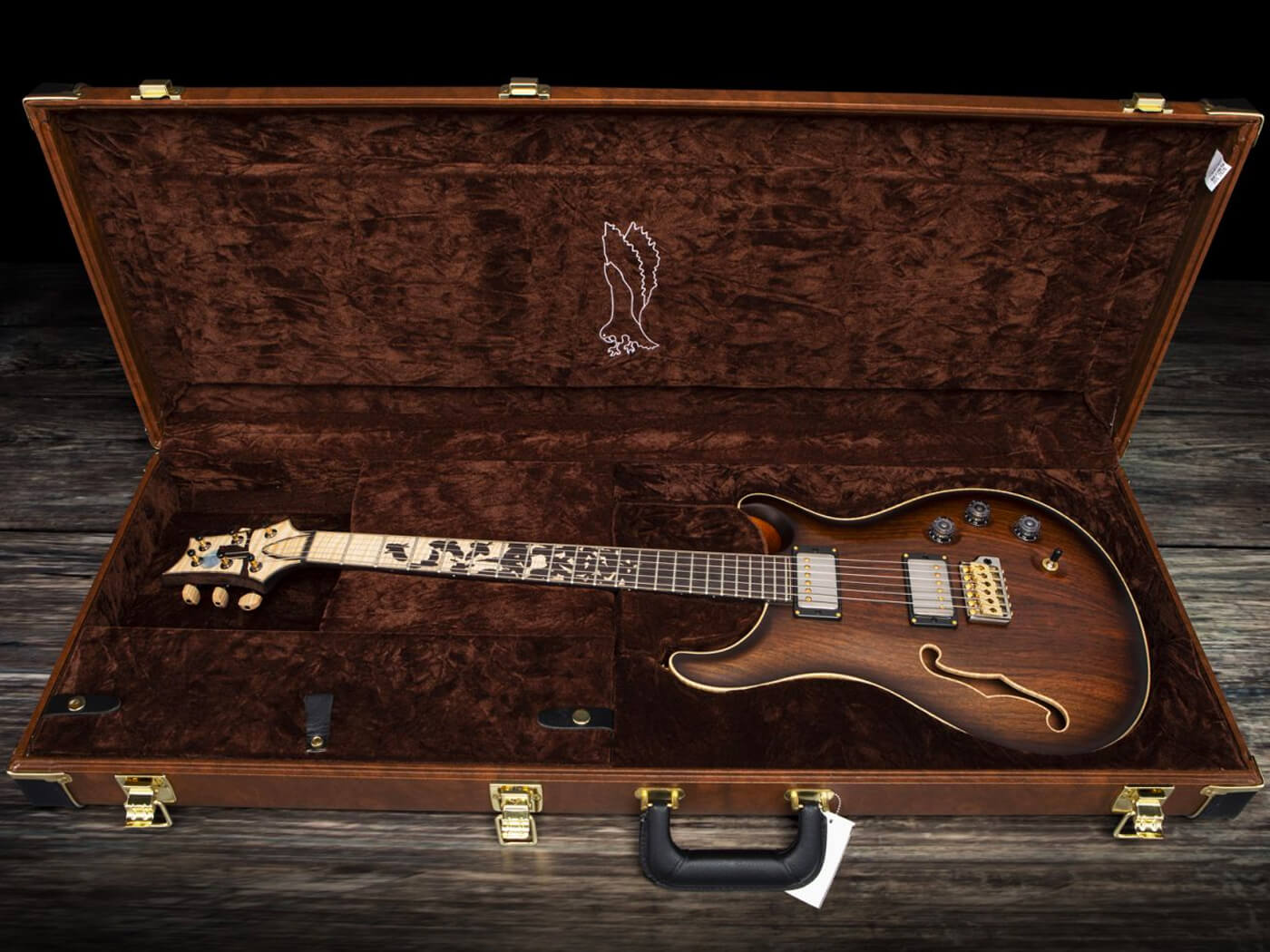 PRS Guitars – one of our founding partners for Guitar.com Live – has launched the Owls In Flight series, a range of Private Stock electric guitar models exclusive to music retailer Sweetwater.

The series was inspired by the nocturnal birds of prey, which reside in the natural environments surrounding Sweetwater’s campus in Indiana. As the series’ name implies, owls make up a big part of the guitars’ design elements. There’s a custom owl inlay that spans the entire fingerboard as well as a ‘perched-owl’ headstock veneer which varies from instrument to instrument.

As for the instrument specs themselves – you can either get a pre-made model, or customise your own through Sweetwater.

Sweetwater has shown off three variants from the Owls In Flight series, which include a PRS McCarty Singlecut 594 in Fuschia Smoked Burst, a PRS Custom 24 in Frostbite Glow, and a PRS McCarty 594 in Zombie Heart. See them below.

The series was conceived as a collaboration between PRS Private Stock director Paul Miles and Sweetwater Category Manager for Acoustic Instruments Thom Grant. According to Miles: “Working with Thom on the Owls in Flight [guitars] has been a hoot”

“I love it when a dealer knows what they want and has a story to back it up –  it creates a great creative partnership and some super-cool guitars.”

Learn more about the Owls In Flight series at sweetwater.com