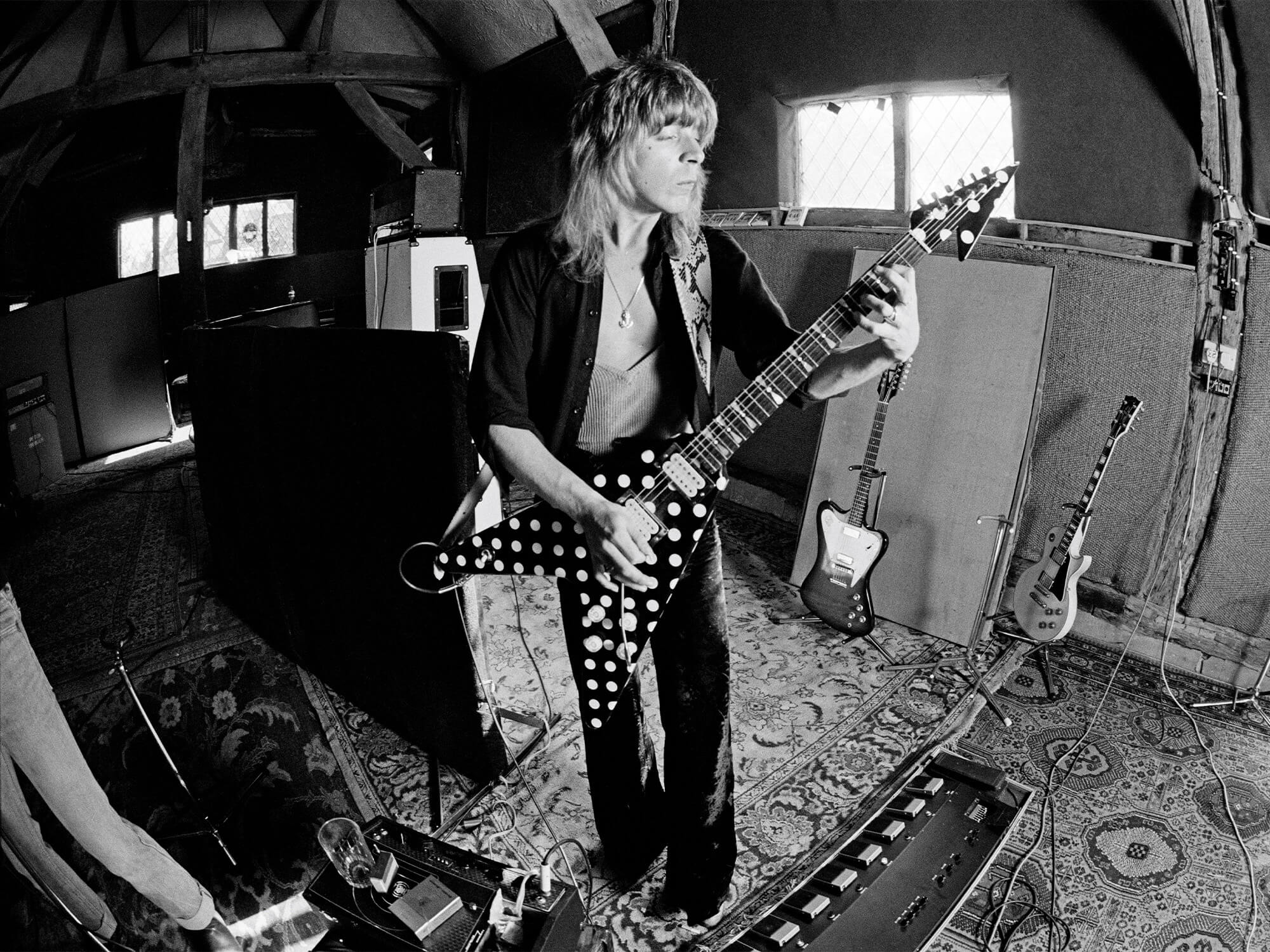 A Randy Rhoads distortion pedal is set to hit store shelves in 2023, according to an Instagram post from the late guitar great’s sister.

Kathy Rhoads broke the news of the pedal on social media yesterday (7 December) where she revealed that MXR had been developing the Randy Rhoads Distortion Plus for “quite some time now.”

“[Jim Dunlop] and his team recently came down to check out Randy’s pedal board. For the first time in over forty years it was intricately examined, filmed, recorded, and documented at Musonia,” the post read.

“They have patiently awaited its return from the Rock and Roll Hall of Fame. (Randy always referred to it as ‘The Chip Pan!’)”

At press time, MXR has yet to make a full announcement on the pedal. Stay tuned for more about features, release date and pricing.

Rhoads, best-known for his work with Quiet Riot and Ozzy Osbourne, is known to have played MXR pedals heavily. On top of the Distortion Plus he also ran a Ten Band EQ, Stereo Chorus, Analog Delay and Flanger in his rig.

The Distortion Plus is particularly well-known with hard rock guitarists, who have praised the two-knob stomper’s talents for crafting nuanced blues tones and hot 80s style distortion.

2022 has been a big overdrive year for MXR, as the brand finally released its much-anticipated Duke Of Tone collaboration with AnalogMan. The pedal deserved the hype, and earned Guitar.com’s 10/10 review score.

We said: “There’s no doubt that this does an incredible job of democratising one of the boutique world’s most mythologised designs. Even if you have an original KOT, we’d argue there’s room for both on your royal board.”