It is said to be one of just ten models in existence. 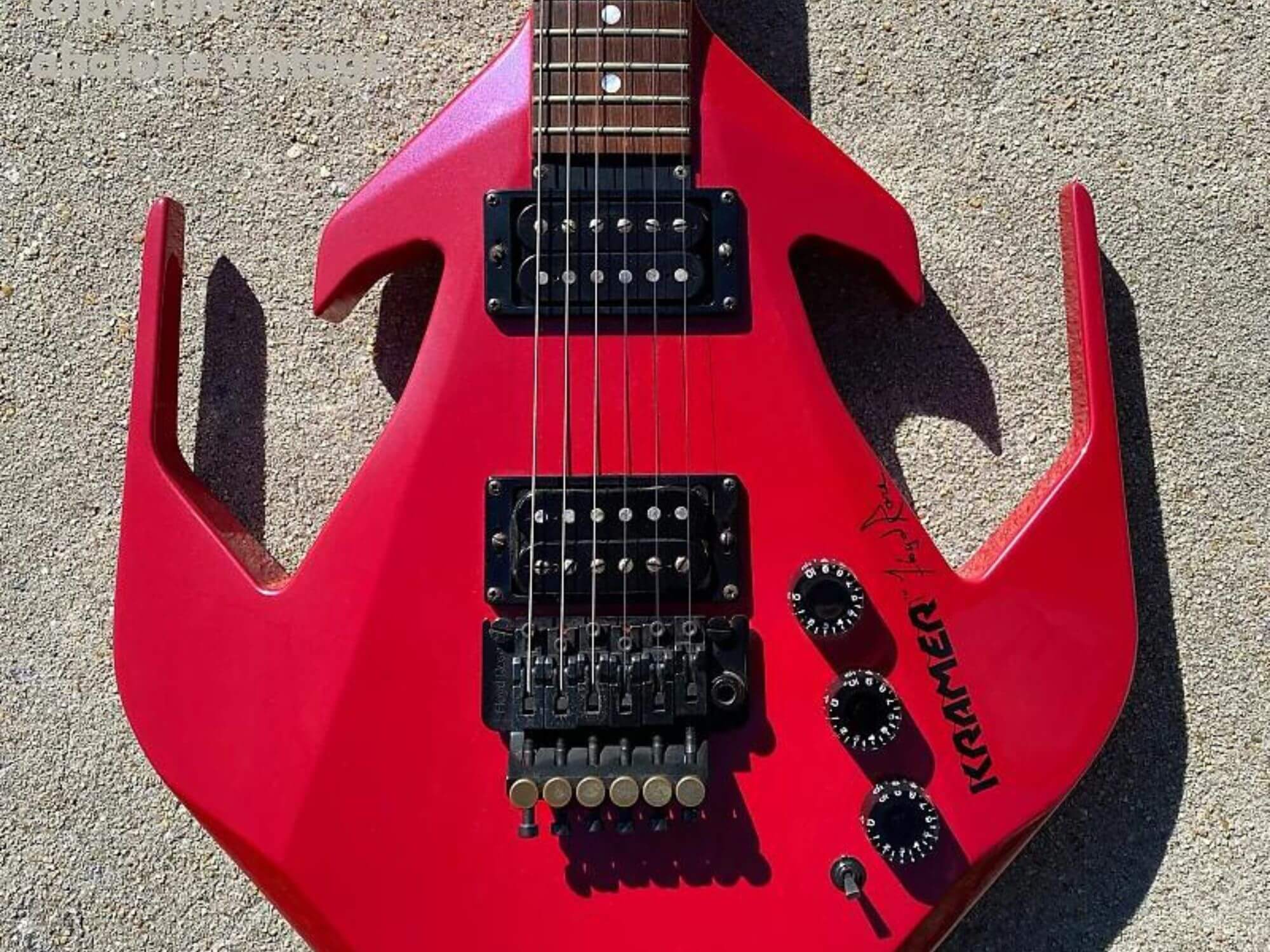 A Kramer Triax guitar, an ultra-rare model from the 1980s has been listed for sale on Reverb.

Said to be made in 1986, the extravagant axe is not only eye-catching, but also starred as part of a guitar-inspired exhibition entitled Dangerous Curves.

Taking place in Boston’s Museum of Fine Arts back in 2000, this was the exact model displayed for the event, and also featured in the book that followed – Dangerous Curves: The Art of the Guitar.

The rare instrument was listed last month, and is said by the owner to be one of only ten ever created. The asking price currently stands at £8,750.

Officially named the Triax, the obscure six-string, made by Kramer, was designed by Floyd Rose, the engineer behind the famous locking vibrato system. Unsurprisingly, the guitar does indeed have its own Floyd bridge.  Two humbuckers, a three-way switch and a daring ultraviolet colourway also come featured, as well as an original custom case.

According to Reverb, the eccentric design of the body is inspired by the television series Star Trek.

The two-tusked guitar is stated as having made its debut at the 1986 edition of NAMM. Similarly, at the time of its reveal, the guitar starred alongside its sibling counterpart, another Star Trek-inspired model named the Kramer Enterprize.

On the listing, the owner states that he purchased the rare model “many years ago” from Michael Wright, a long-time music journalist.

Find out more about the Kramer Triax on Reverb.