The star-shaped design was first imagined by Cavestany in the ‘80s. 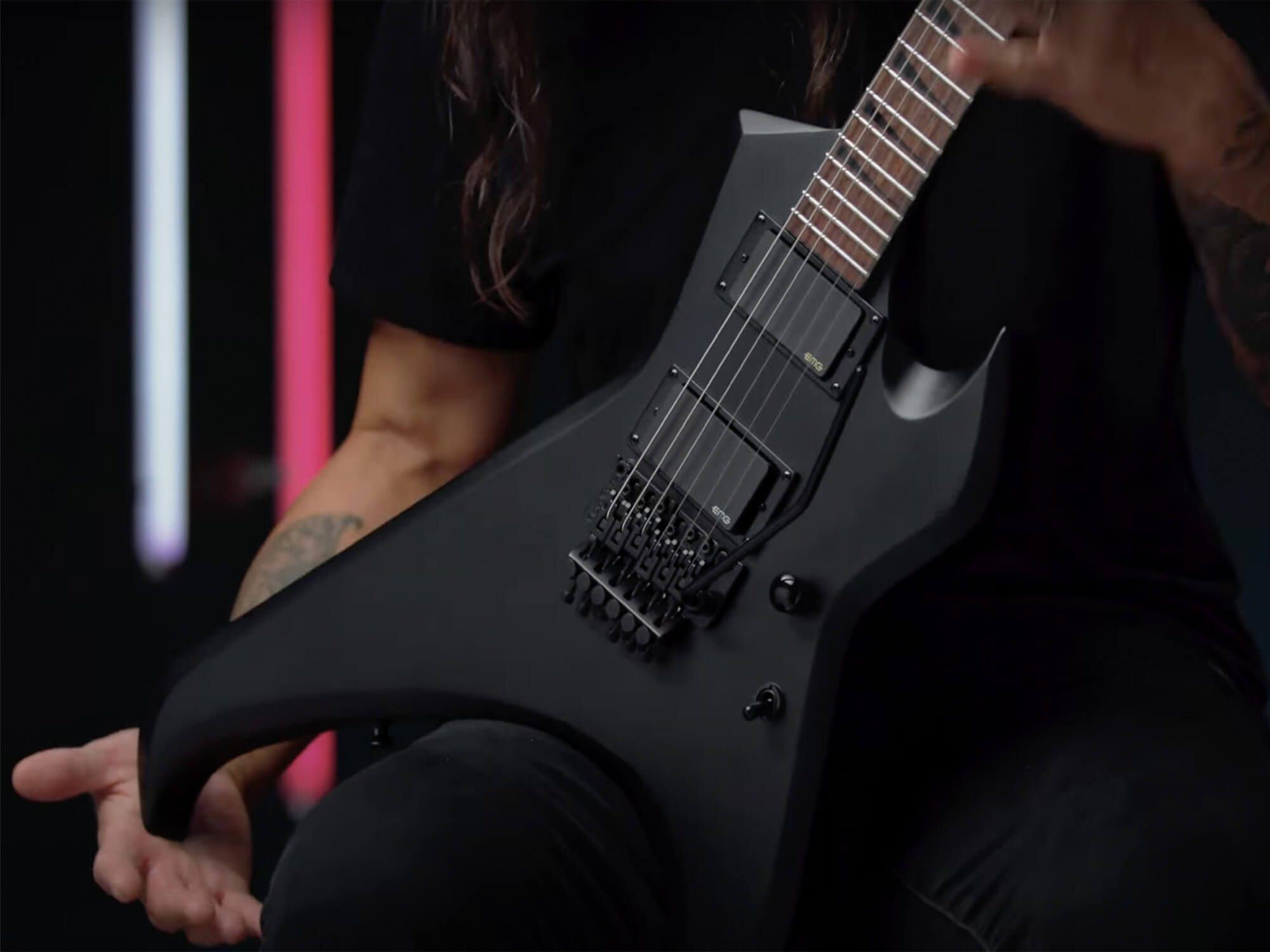 Cavestany began drawing up plans for the guitar back in the ‘80s, it has a 12”-16” compound radius rosewood fretboard, and a set of EMG pickups with an active 81 in the bridge and an HA in the neck.

It has a nyatoh body, a through-body maple neck with graphite reinforcement and scarf joint, as well as a top-mounted Floyd Rose Special double-locking tremolo.

“I drew it on the napkin and thought one day it would be amazing to get a guitar like this – custom-made that way,” Cavestany said. “The reason I wanted a Jackson guitar was that my guitar hero, Randy Rhoads, played a Jackson guitar.”

He later continued, “The Jackson Custom Shop built my dream machine and invented a brand new shape based on my crazy designs. I can’t wait to see what shredders everywhere do when they have a Death Angel in their hands.”

The guitarist says he’s always “loved the look of pointy guitars”, with his favourites owned by Eddie Van Halen and Akira Takasaki, which he hopes his model will improve on when it comes to being easier and more comfortable to play.

“I used the devil horn shape of guitars that Angus Young and Tony Iommi played to replace the extended wing of the starbody. Then I used the curve at the bottom of a Randy Rhoads guitar which looked like a shark’s fin. It’s comfy to play sitting down, meanwhile, you can get into all kinds of positions with it when rocking live,” he said.

Watch the full video below to get a closer look:

The model is available for $1,199.99. Find out more at JacksonGuitars.com.