Silvertone and Jackson Audio collaborate on the Twin Twelve pedal

The overdrive marks Jackson Audio’s first collaboration with another company 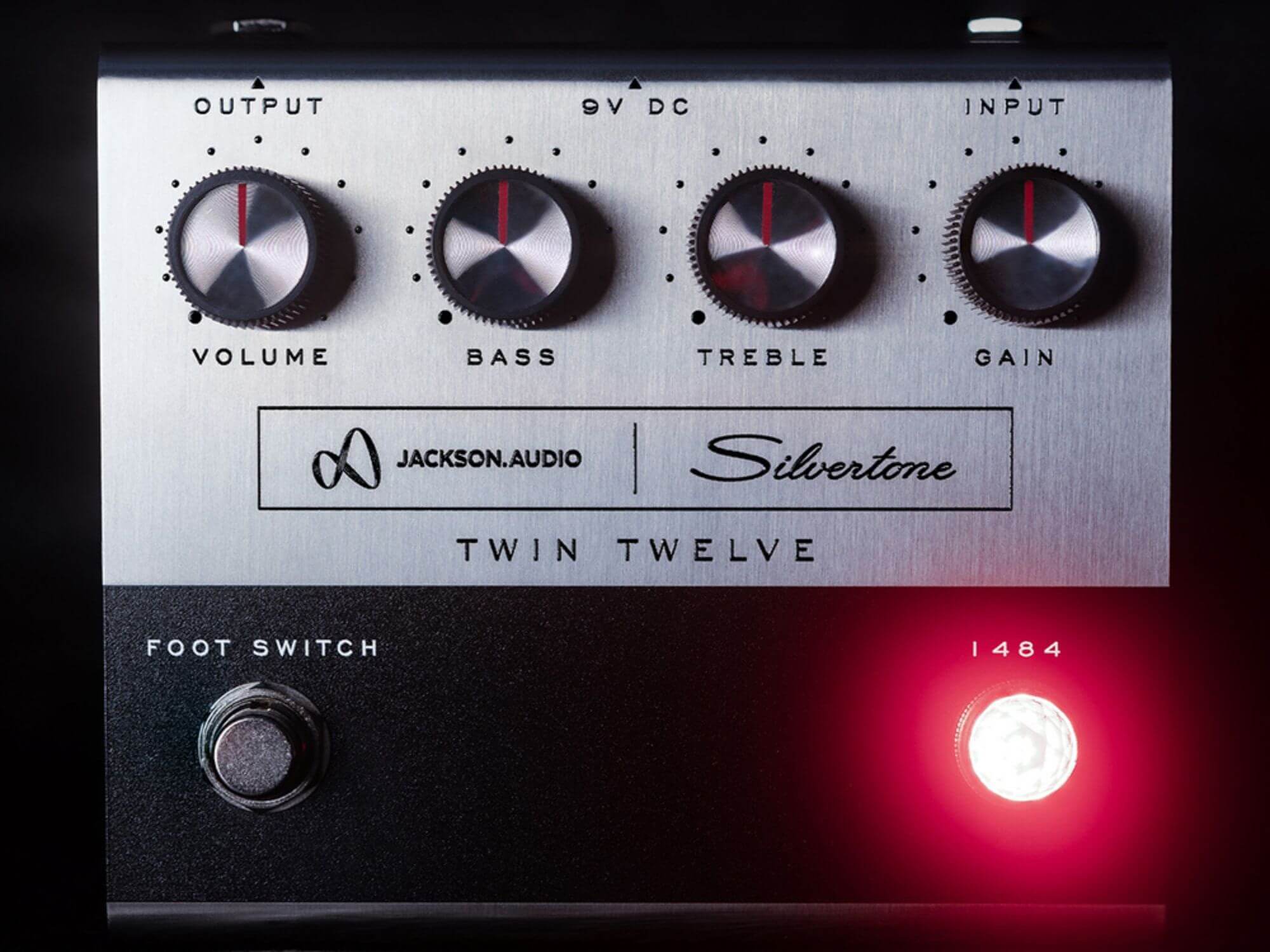 Silvertone and Jackson Audio have teamed up to launch a new pedal based on Silvertone’s highly-regarded 1484 Twin Twelve amplifier.

According to a press release, the pedal can serve as a studio grade preamp, booster, EQ or overdrive, depending on how it’s dialled in.

The pedal is a detailed recreation of the 1484 Twin Twelve, and authentic tones have been promised. “If you play the two side by side, you can’t tell which is the original amp and which is the new pedal,” says Brad Jackson, President of Jackson Audio.

The Twin Twelve pedal’s simple control layout consists of volume, gain, bass and treble knobs. It’s housed in an enclosure designed to resemble the front panel of the 1484 Twin Twelve, including an LED which mirrors the amplifier’s standby indicator.

Watch the official trailer for the release below:

“This pedal is another vital step in the revival of the iconic Silvertone name. And it’s just the start,” he says in a statement. “We have more new products and accessories in the pipeline.”

Silvertone Guitars produced the 1484 Twin Twelve amplifier between 1963 and 1967 and, in later decades, the amp has been a favourite amongst players the likes of Jack White, Mudhoney’s Steve Turner, The Black Keys’ Dan Auerbach and Billie Joe Armstrong.

The Twin Twelve pedal is priced at $249. Learn more at jackson.audio.