These are Siren Pedals’ take on the Boss HM-2 and the Marshall BluesBreaker circuit. 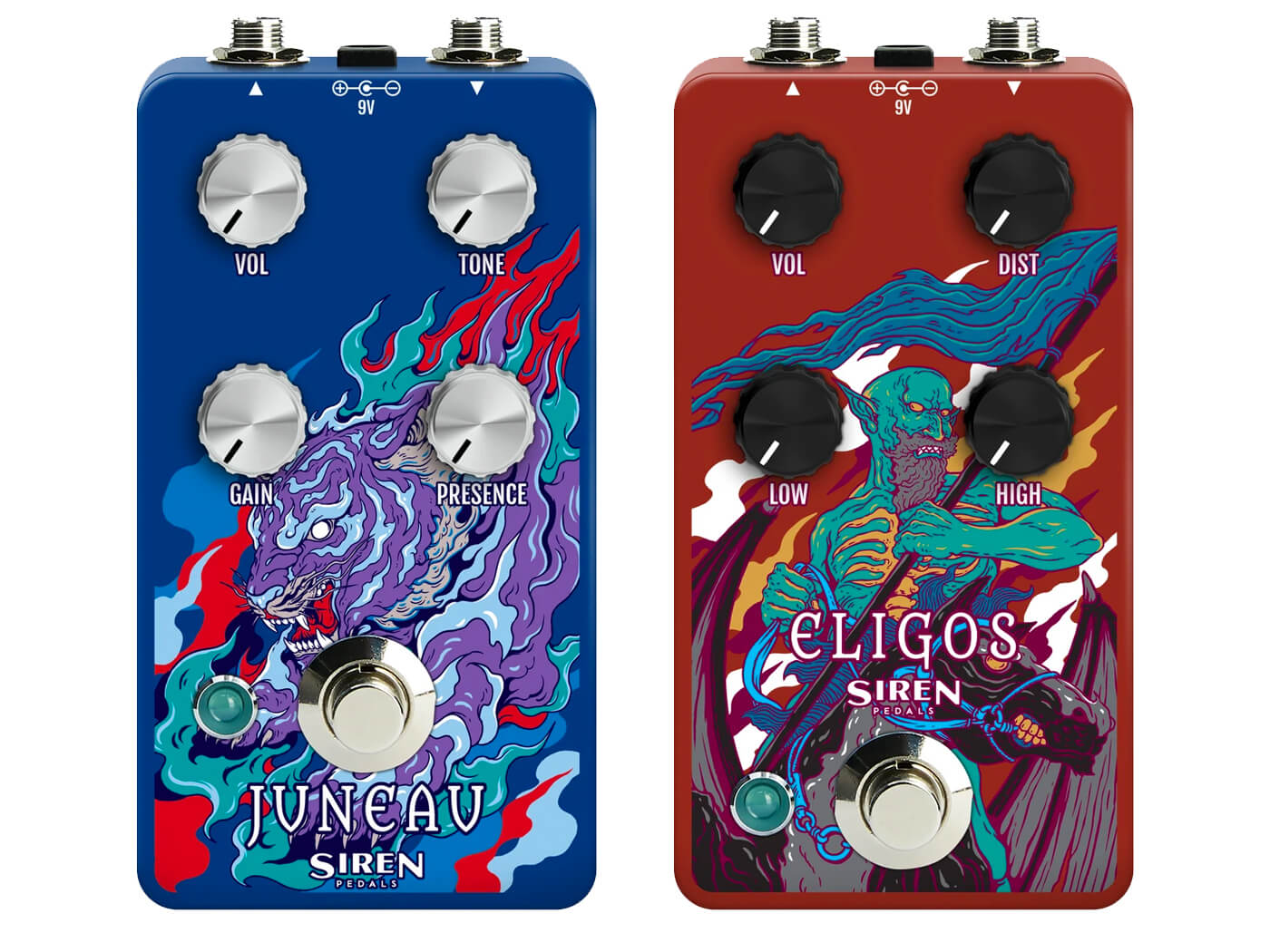 Siren Pedals of Nashville, Tennessee has announced two of its latest drive pedals, the high-gain Eligos distortion and the bluesbreaker-style Juneau overdrive. Like the Airavata, Anvil and Midnight Train that were introduced earlier this year, these stompboxes once again feature the brand’s colourful art style.

The Eligos is inspired by the Boss HM-2, the ‘Swedish chainsaw’ which has seen use from the likes of Mayhem’s Euronymous to Pink Floyd’s David Gilmour and even Prince. This heavy metal stomper offers vast quantities of smooth-sounding gain, which can be further shaped with two EQ controls for lows and highs. Other appointments on the pedal include true-bypass switching and top-mounted jacks. Take a listen to the Eligos below.

The Juneau Overdrive is Siren Pedals’ take on the acclaimed bluesbreaker sound – made famous by Eric Clapton on the Beano album and revered for its intense bluesy roar. The pedal adapts the analogue circuitry of Marshall’s BluesBreaker circuit, while taking on the likeness of a modern pedal. As such, you’ll find easy-to-operate controls for volume, gain, tone, and presence, along with top mounted jacks and true bypass switching. Hear how the Juneau sounds, below.

Both the Juneau and the Eligos are priced at $199 through Siren Pedals’ website, and include a neat collectable trading card with each pedal’s fantastic artwork.

Learn more, over at sirenpedals.com