One’s a feature-packed eight-string and the other’s a baritone six-string.

Solar Guitars has pulled a sleek one-two combo with a duo of new releases this week: the A2.8BOP and the S1.6PB-27. The former is an eight-string that joins the brand’s Type-A family while the latter is a six-string baritone that falls into the S-Type family.

This blackout axe was built to serve well both in the studio and on stage, according to Solar Guitars. It features a swamp ash body – with the distinctive Type-A cutaway scoop – and a maple set-thru neck. The 27-inch-scale guitar has an ebony fretboard bearing Solar Guitars’ characteristic 12th fret marker. 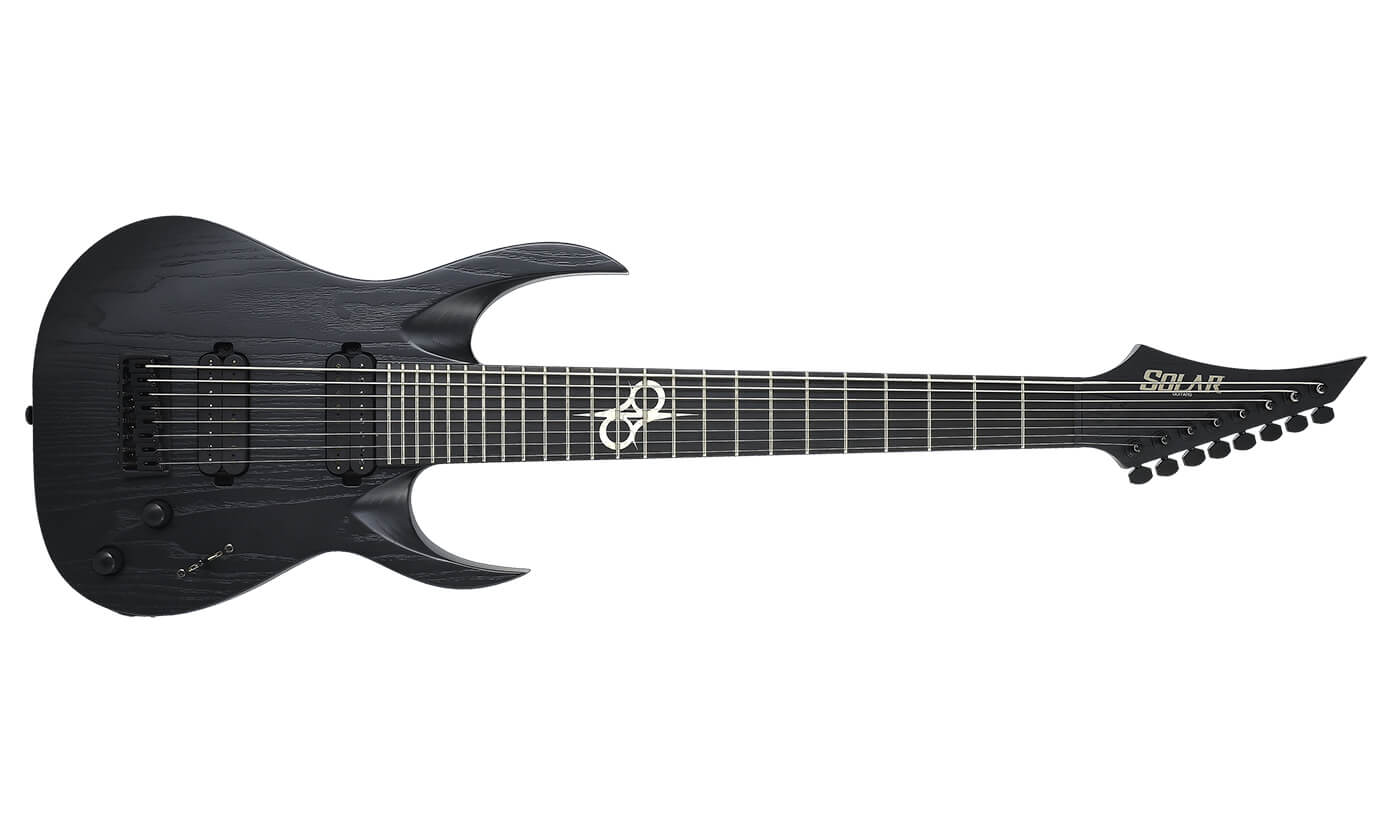 There are no surprises where tone is concerned, with a pair of Duncan Solar humbuckers serving as djent engines. They’ll cover a range of metal tones, from heavily overdriven to pristine cleans. The pups are managed with master volume and tone knobs and a five-way switch blade. Hardware on the A2.8BOP include an Evertune F-Type hardtail bridge and Grover tuners.

Check out a demo here:

As mentioned earlier, this Poplar Burst finish six-string features a baritone scale length. It has a mahogany body with a C-shaped, five-ply maple/jatoba neck in a neck-thru construction. Like the eight-string above, it has an ebony fretboard with similar fret markings.

Electronics and hardware are fairly similar too: pair of Solar Duncan humbuckers provides tone – governed by master volume and tone knobs and a five-way switch – and an Evertune constant-tension bridge offers tuning stability. It does, however, feature the added advantage of Solar locking tuners.

Listen to the guitar here: