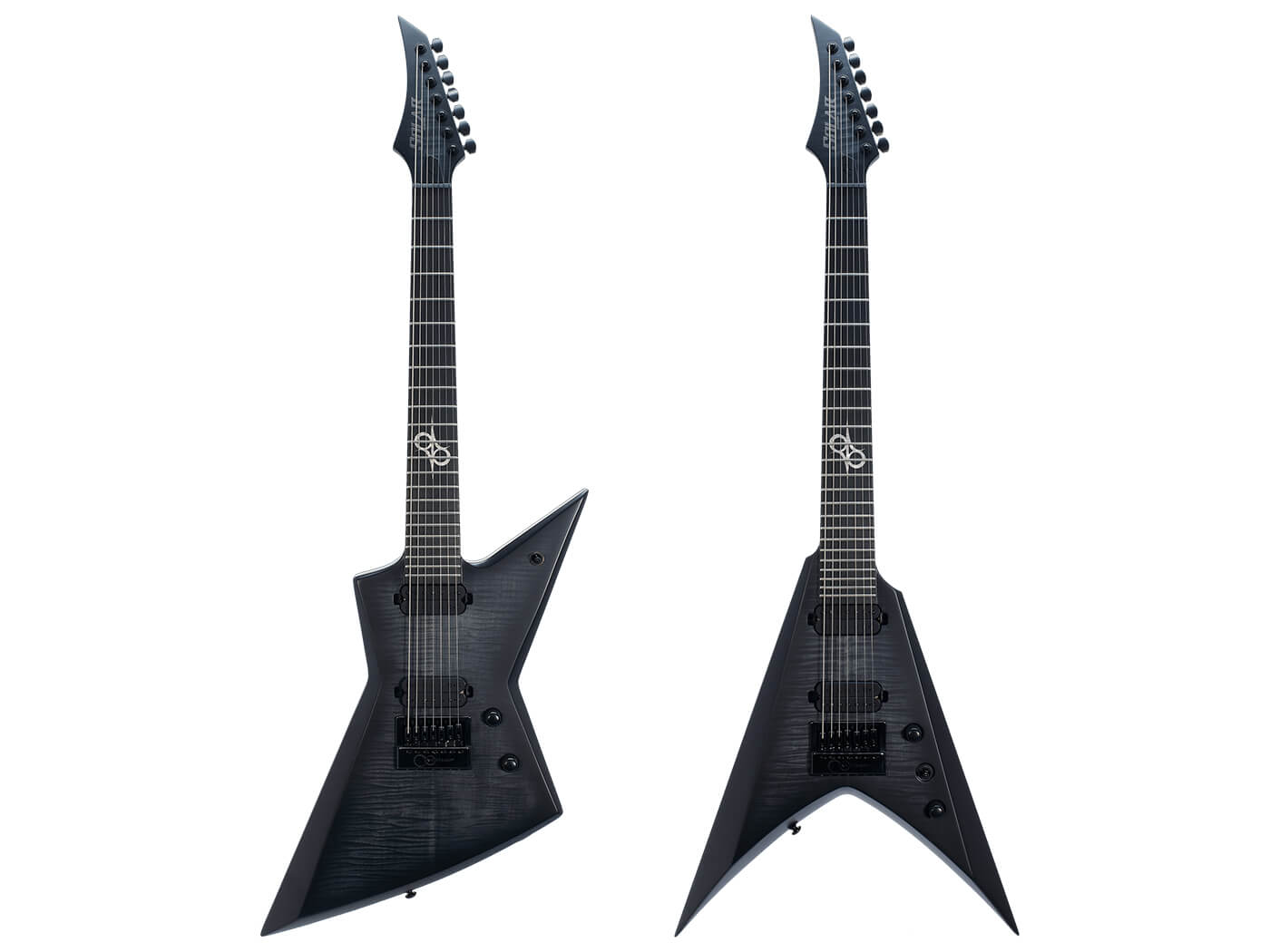 Solar Guitars has lifted the lid on two new seven-string models: the E1.7FBB and its V-shaped twin, the V1.7FBB. Dressed in sleek metallic outfits, these axes are designed for some fast- and heavy riffing.

Both guitars feature a set-neck construction and a 25.5-inch scale length. Their tonewood configurations include a mahogany body with a flame veneer top, a maple neck and an ebony fingerboard. The E1.7FBB boasts 22 super jumbo frets, while its sibling has 24. Both axes have Luminlay glow-in-the-dark side dots that ought to come in handy on dark stages.

In terms of electronics, each guitar is loaded with two Duncan Solar humbuckers – at the neck and bridge – that can go from an “organic clean to heavily overdriven”, according to the brand. You can further sculpt the guitars’ tones with master volume and tone knobs, with the latter featuring push/pull functions.

As for hardware components, each axe is fitted with the brand’s 18:1 locking tuners as well as an Evertune constant-tension bridge, which is touted to keep the guitar in tune “under any circumstances”, Solar says.

Pre-orders at $1,299 each. Ships from end March. More info at solar-guitars.com.