Steve Vai and his guitar, united In ‘holey’ matrimony 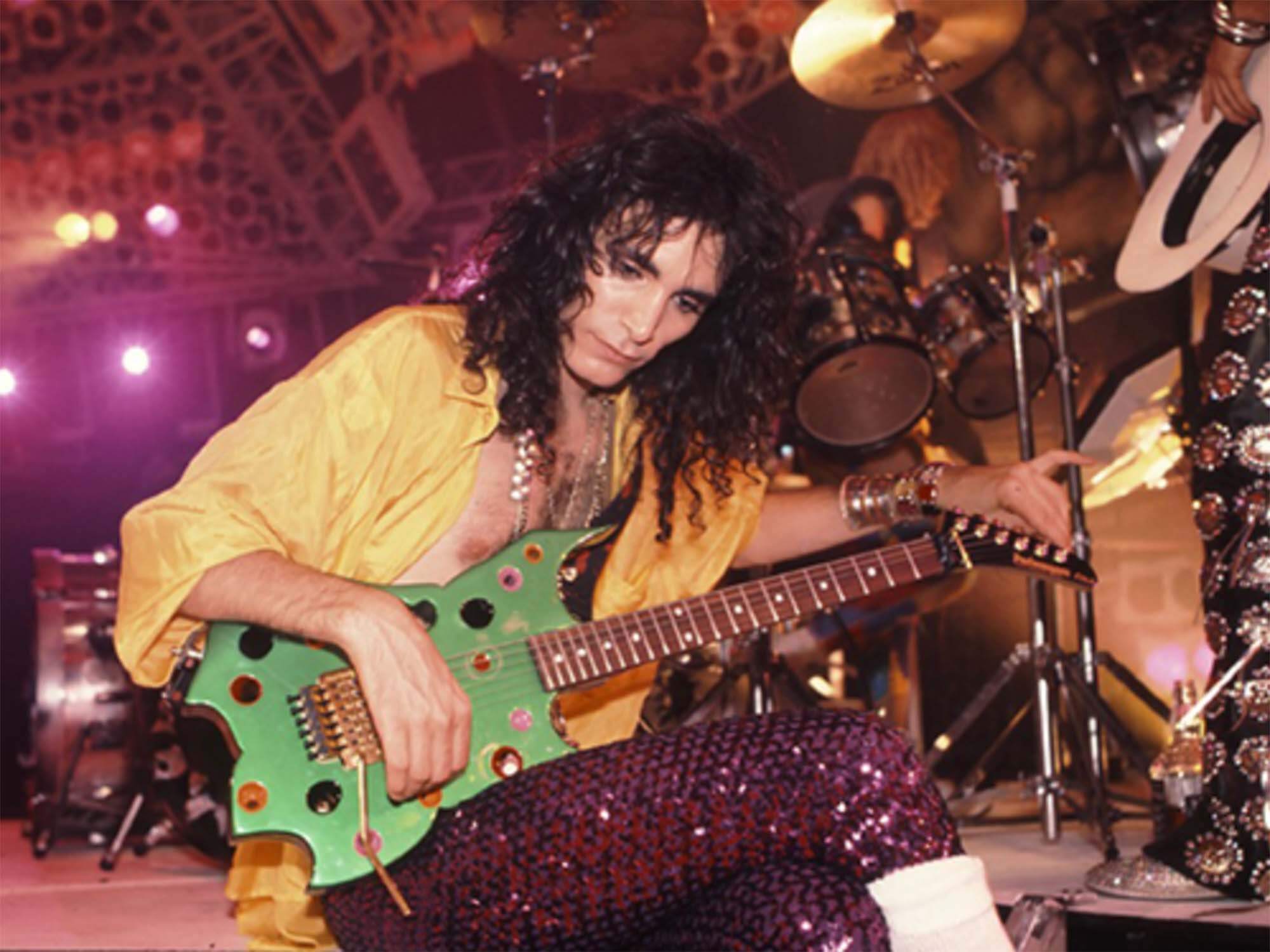 Steve Vai has finally been reunited with his missing “Swiss Cheese” guitar made by Joe Despangi after 36 years, after it was found in an attic in Tijuana, Mexico.

The guitarist took to Facebook to announce that his custom axe, which was used in the original Yankee Rose video while he was with David Lee Roth, has finally been located after it was stolen from a Pasadena, California rehearsal space in 1986.

According to the post, the guitar was discovered by Iván Gonzáles Acosta in the attic of his grandparents home in Tijuana, Mexico, which borders the US state of California. It appears that the people that lived in the house before his grandparents acquired the lost guitar, and it was left in the attic.

After finding the custom build green and pink guitar, Acosta posted it on Jemsite, an Ibanez user’s forum, under the title “I found the lost guitar of Steve Vai”, before asking for Vai’s contact details so he could make arrangements for the return of the guitar.

“Thank you Ivan for your kind consideration and for reuniting me with this piece of my history. Receiving this guitar feels like an old friend has returned home after so many years to jam with me.