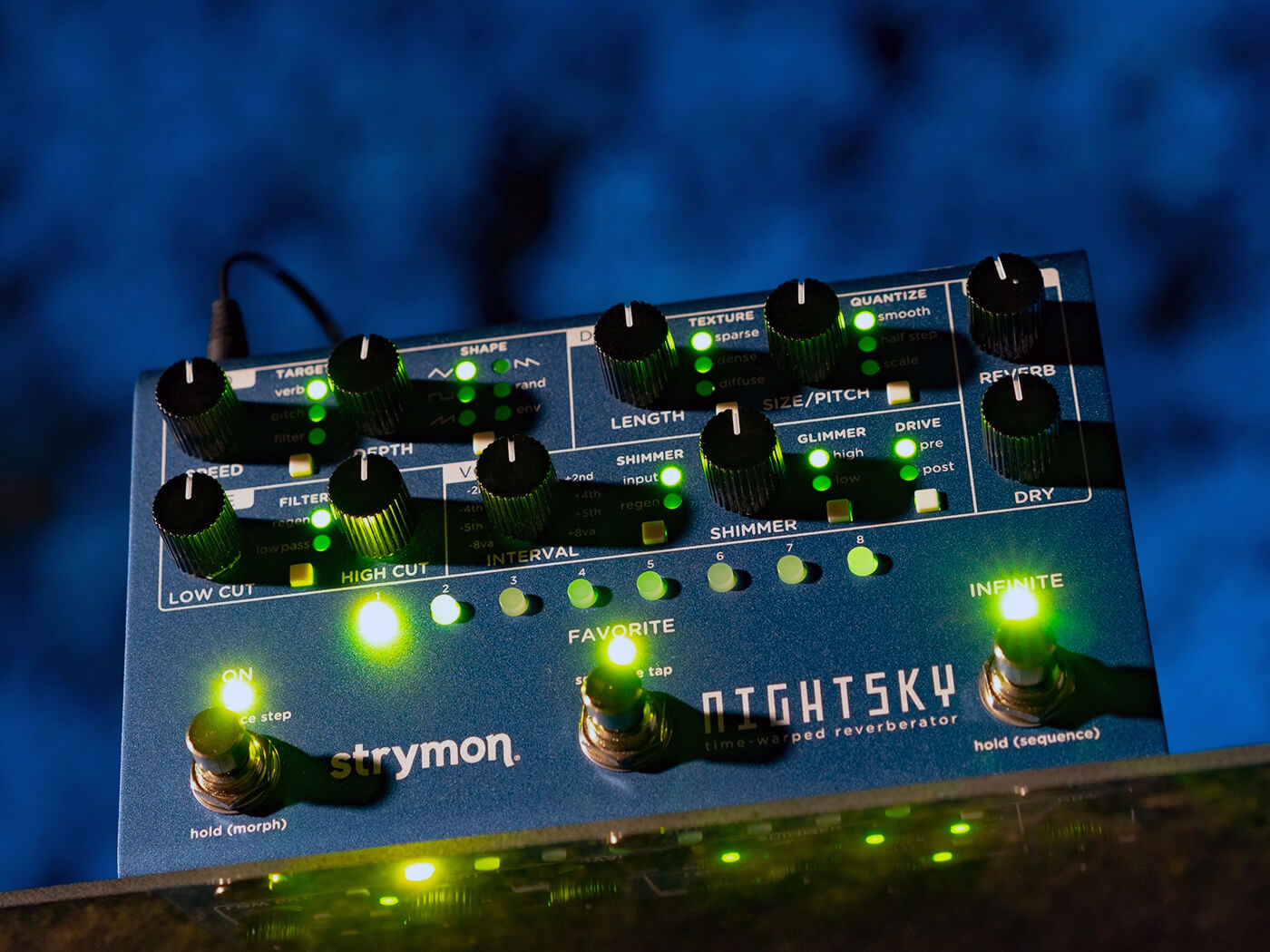 Strymon has announced the NightSky, the latest and most experimental member to join its ‘Sky’ line of reverb pedals.

NightSky combines a reverb core with deep pitch-shifting, modulation, filtering and even step sequencing capabilities. It encourages sonic exploration and, because of its analogue synth-like talents, Strymon has taken to calling the pedal a “reverberant synthesis workstation”.

To start, you get three reverb textures in the decay section. Sparse mode spaces out reflections so that each is audibly distinct, Dense mode is immediate and similar to a plate reverb, and Diffuse mode lets you achieve slow-rising, ambient swells.

The mod section gives you six waveforms to apply onto three selectable targets: the reverb core, the pitch-shifter or the filter for especially synth-like sounds.

On NightSky, Strymon has also expanded the beloved shimmer function from the BigSky and BlueSky. In addition to the octave up interval, you can now also set shimmers to 2nd, 4th and 5th intervals – both upwards and downwards.

Giving you even more control over the reverb’s character, you can set the Glimmer to either high or low to accentuate upper and lower frequency harmonics. Plus, the Drive switch lets you introduce harmonic saturation at either the input or output of the NightSky.

One of the NightSky’s most exciting features is the eight-step sequencer. This lets you cycle between different intervals either manually or to a tap tempo. The manner in which notes transition between one another can also be set to smooth (portamento), by half-steps or even to a particular scale.

Infinite mode is the NightSky’s hold function, which freezes your guitar signal indefinitely. Meanwhile, Morph lets you transition smoothly between two presets for dramatic shifts in texture. Up to 16 presets can be stored and accessed on the NightSky itself, while connecting an external controller gives you access to 300 presets in total.

As for connectivity, the pedal has: stereo/mono inputs and outputs; an expression input; a USB jack for MIDI control and for receiving firmware updates, and MIDI in and out.

The NightSky is available to pre-order now at $429. Per Strymon, orders will ship within one week.