No Space Echo? No problem – this powerful unit grants you plenty of control over its emulated tape delay.

For those on the hunt for a vintage tape echo unit, Strymon may have a contemporary alternative: the Volante. The “magnetic echo machine”, as the brand dubs it, packs a suite of effects. These include three vintage echo emulations, a sound-on-sound looper and a vintage-voiced spring reverb. 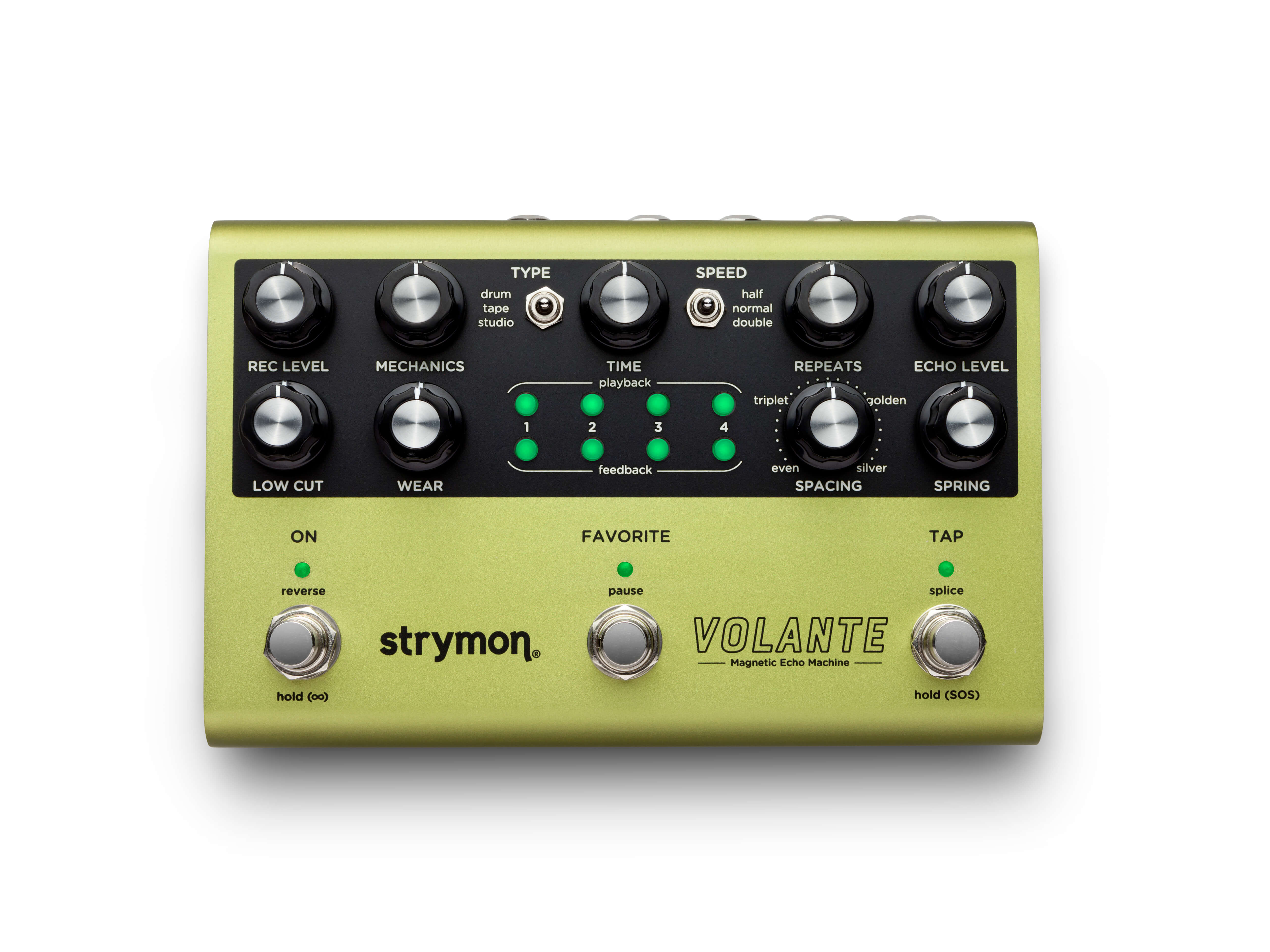 In classical music notation, “volante” refers to a movement with light rapidity. The namesake pedal achieves this fluttery effect with a stereo multi-head emulation – meaning you’re able to adjust the panning, feedback, integrity and levels of four ‘playback heads’. The Volante even has a JFET preamp, whose gain is tweakable via the Record Level knob, to add a ‘saturated tape effect to the delay trails

The drum delay option is designed to reproduce the sonic qualities of vintage drum echo units, including the fresh-from-factory and classic road-worn tones. Meanwhile, the tape echo mode, which gives you the richness and sophistication of a classic tape echo. And finally, the studio delay setting simulates the full-bodied warmth of reel-to-reel tape.

The other big feature on the Volante is a sound-on-sound looper, identical to the one in Strymon’s El Capistan. You can manipulate these individual loops, too. Change their directions, speed, and pitches, or hit the Infinite Repeats footswitch to create an infinite loop with the tape head disengaged. 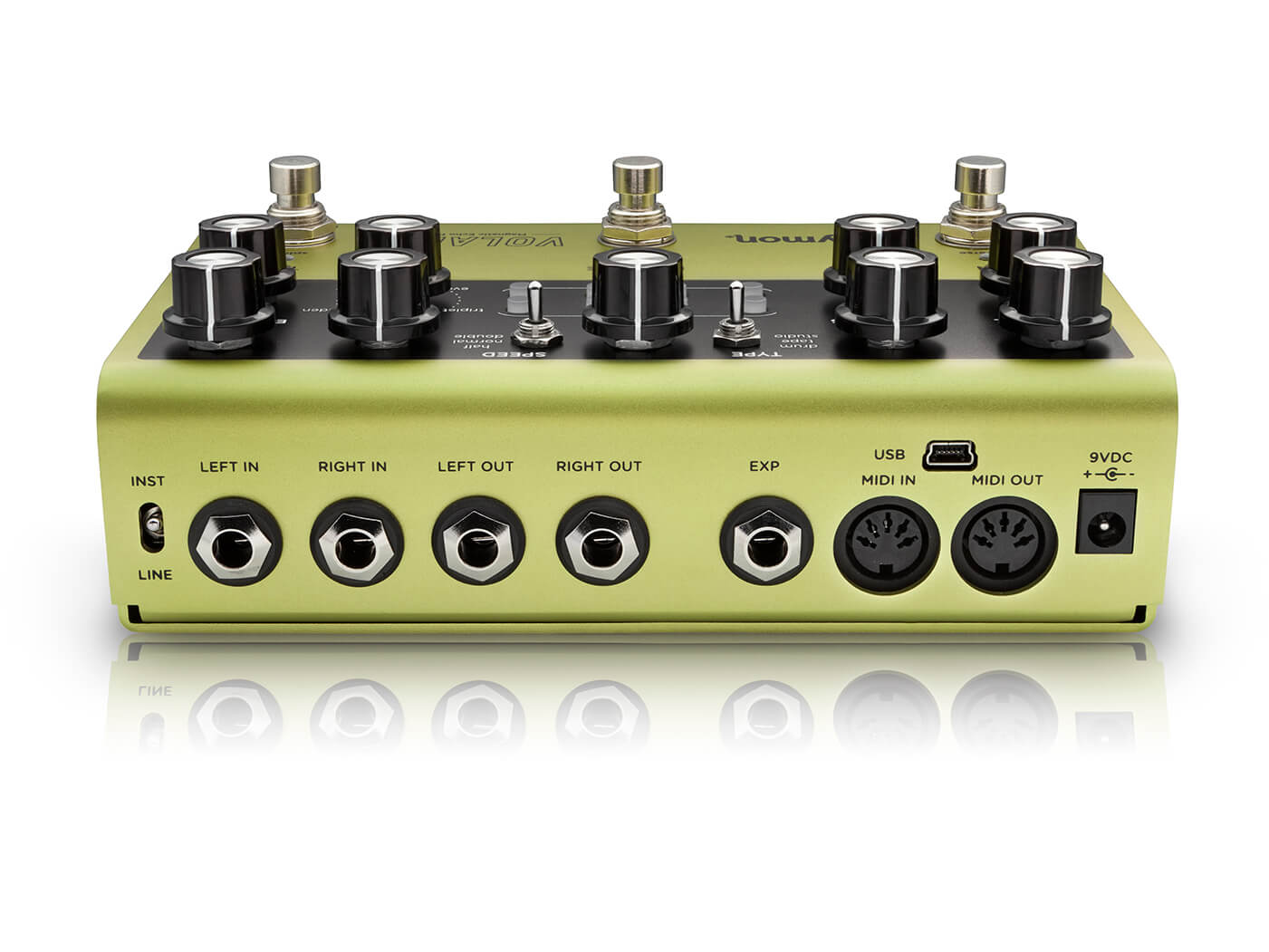 Taking after certain old-school tape echo units with in-built reverb tanks, the Volante has a vintage-voiced spring reverb. Strymon describes its ‘verb as “a gorgeous, gentle character that stands on its own, in addition to enhancing delayed signals”.

With this much going on under the hood, the Volante’s controls are understandably complex. Here’s a brief rundown: