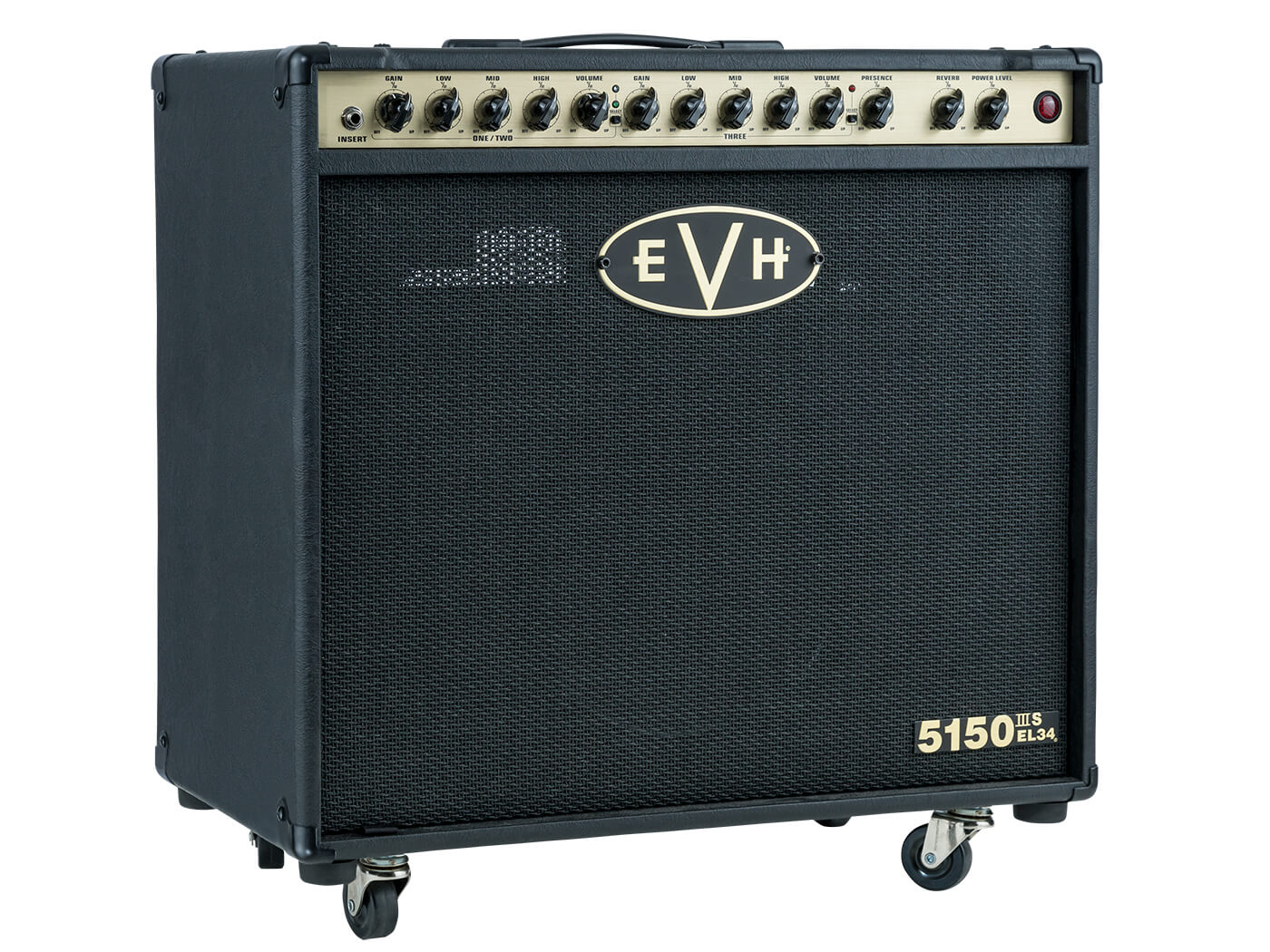 EVH has followed up its ’79 Bumblebee tribute model release with a pair of 50-watt 5150III combo amps. Available in 1×12 and 2×12 configurations, these tube amps are touted to serve up modern British sounds.

At the core of each combo are three channels that cater for pristine cleans, tightened crunch and cutting leads, respectively. Each channel is shaped by a combination of seven JJ ECC83 preamp tubes and two JJ EL34 power tubes.

The clean and crunch channels share a three-band EQ. Each of them also boasts dual concentric gain/volume controls. The distortion channel, on the other hand, can be shaped by an independent three-band EQ. Rounding off the control section are master presence, resonance and reverb knobs.

For speakers, the brand has opted for custom 12-inch EVH Celestions. Other notable features across include a high-gain preamp design – for maximum output – as well as an output impedance selector that offers four-, eight- and 16-ohm options. On the topic of output, the front panel also boasts an output control that lets you go from 50-watts down to one-watt.

On each amp’s rear panel, you’ll find an fx loop, headphone jack, MIDI input as well as a four-button footswitch. The last of these lets you conveniently control the in-built reverb and the three channels.