As Summer NAMM 2019 dawns upon us, Fender has pulled the curtains back on six new stompboxes, including its first-ever pedal for acoustic guitars. Led by in-house expert Stan Cotey – who’s had a hand in engineering Fender’s famed amps – these effects have been designed with input from professional gigging and studio musicians alike. Here’s an overview: 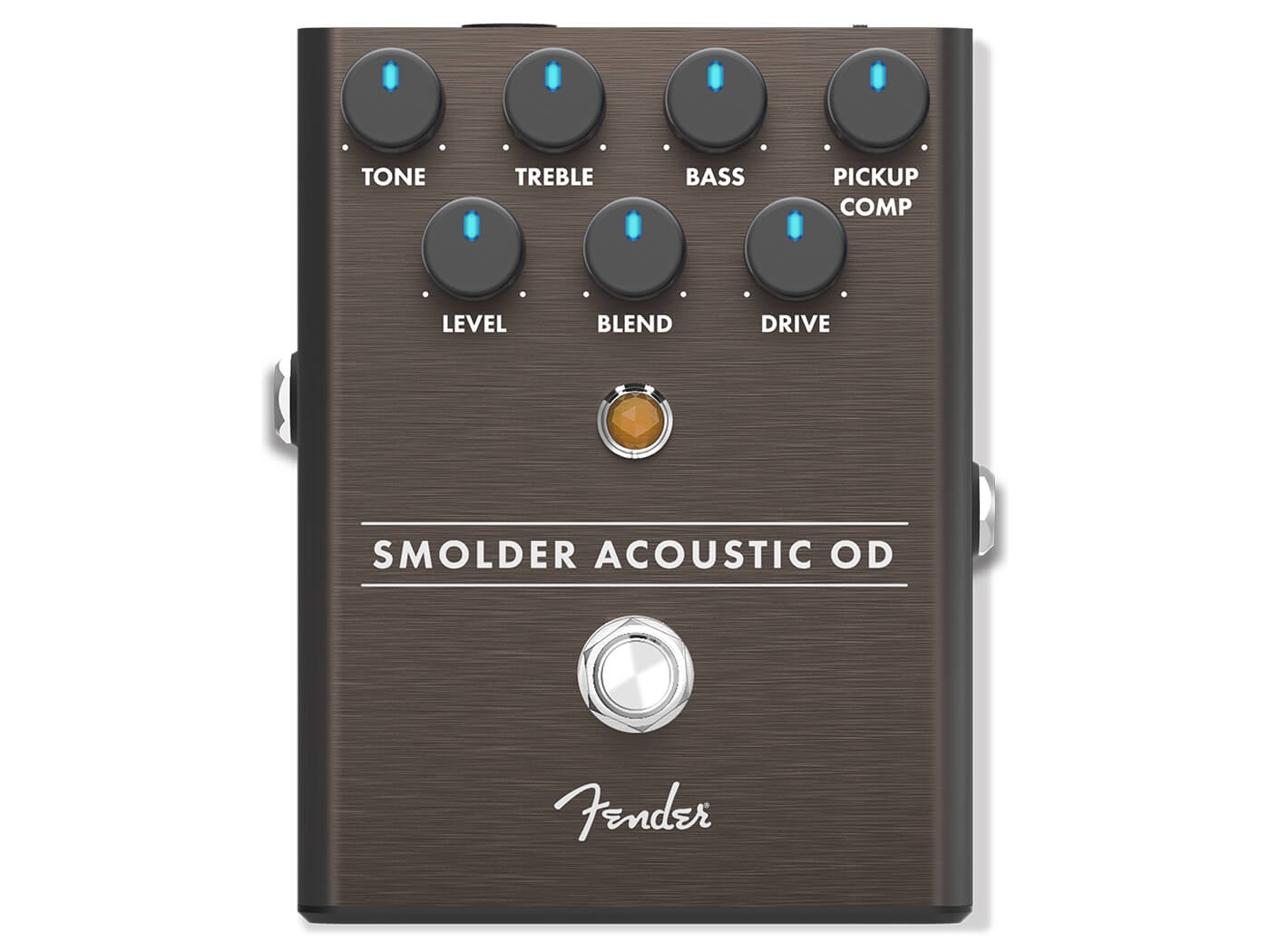 Adding overdrive to acoustic guitars can be notoriously difficult, what with un-musical sounds and unmanageable feedback. This pedal aims to solve those problems by equipping you with an overdrive tailored to acoustic guitars. The Smolder features a Pickup Compensation control that’s designed to soften the bright attack of a piezo pickup. It also lets you dial in OD with a dedicated drive control, and sports a three-band EQ to help you fine-tune tone.

As a neat touch, Fender has also included cabinet simulation, which should come in handy when the pedal is plugged into an acoustic amp or PA system. 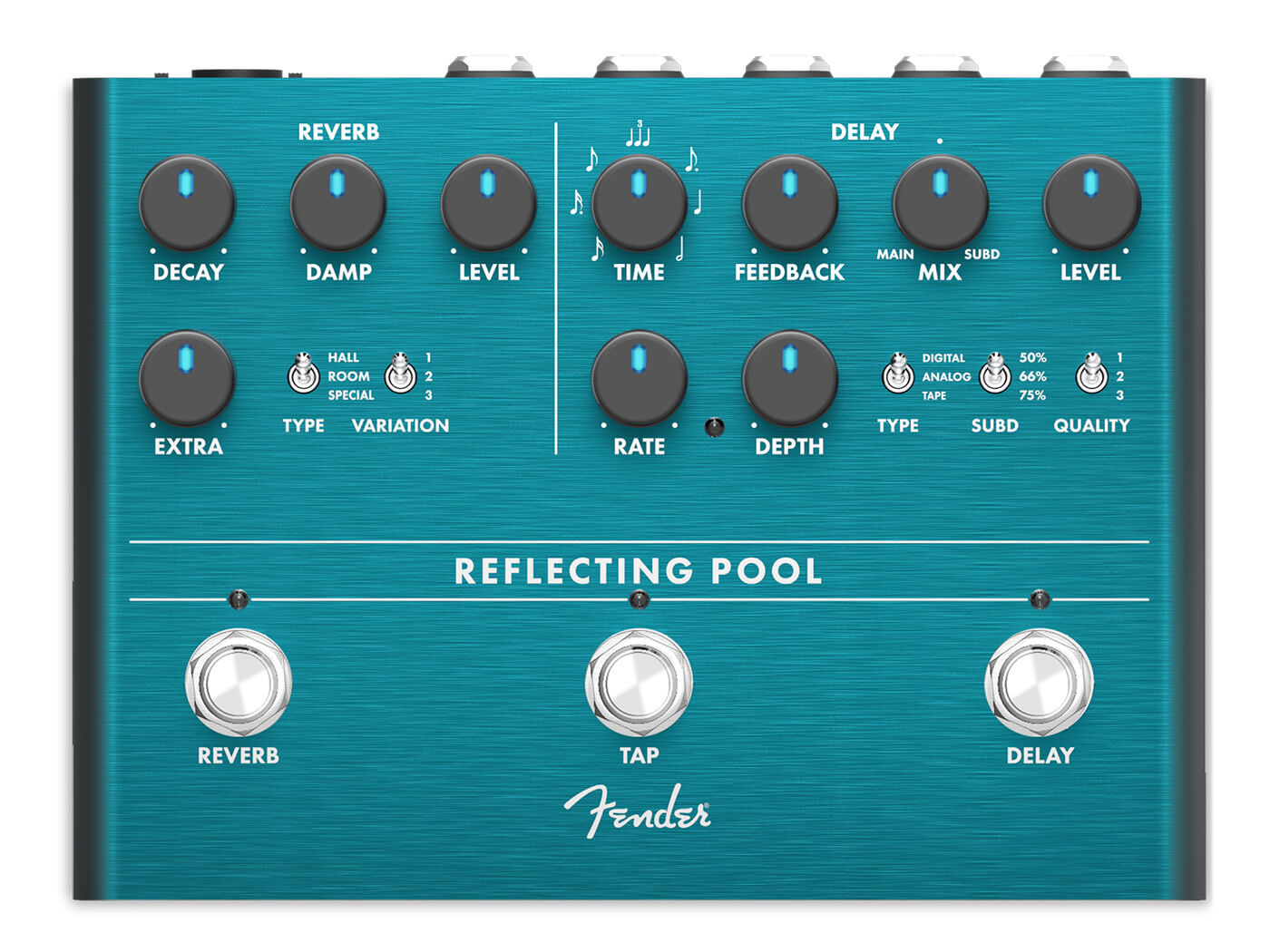 This true stereo pedal serves up the classic time-based duo of delay and reverb. Relying on “cutting-edge” DSP, Reflecting Pool is touted to be equally adept at replicating classic trails and summoning ethereal sounds. Both effects can be sculpted by independent control sections. The Reverb section lets you select between different cavernous sounds with Type and Variation switches, while the Delay options can be changed via Type, subdivision and Quality switches. Topping off the pedal’s features is a tap tempo footswitch. 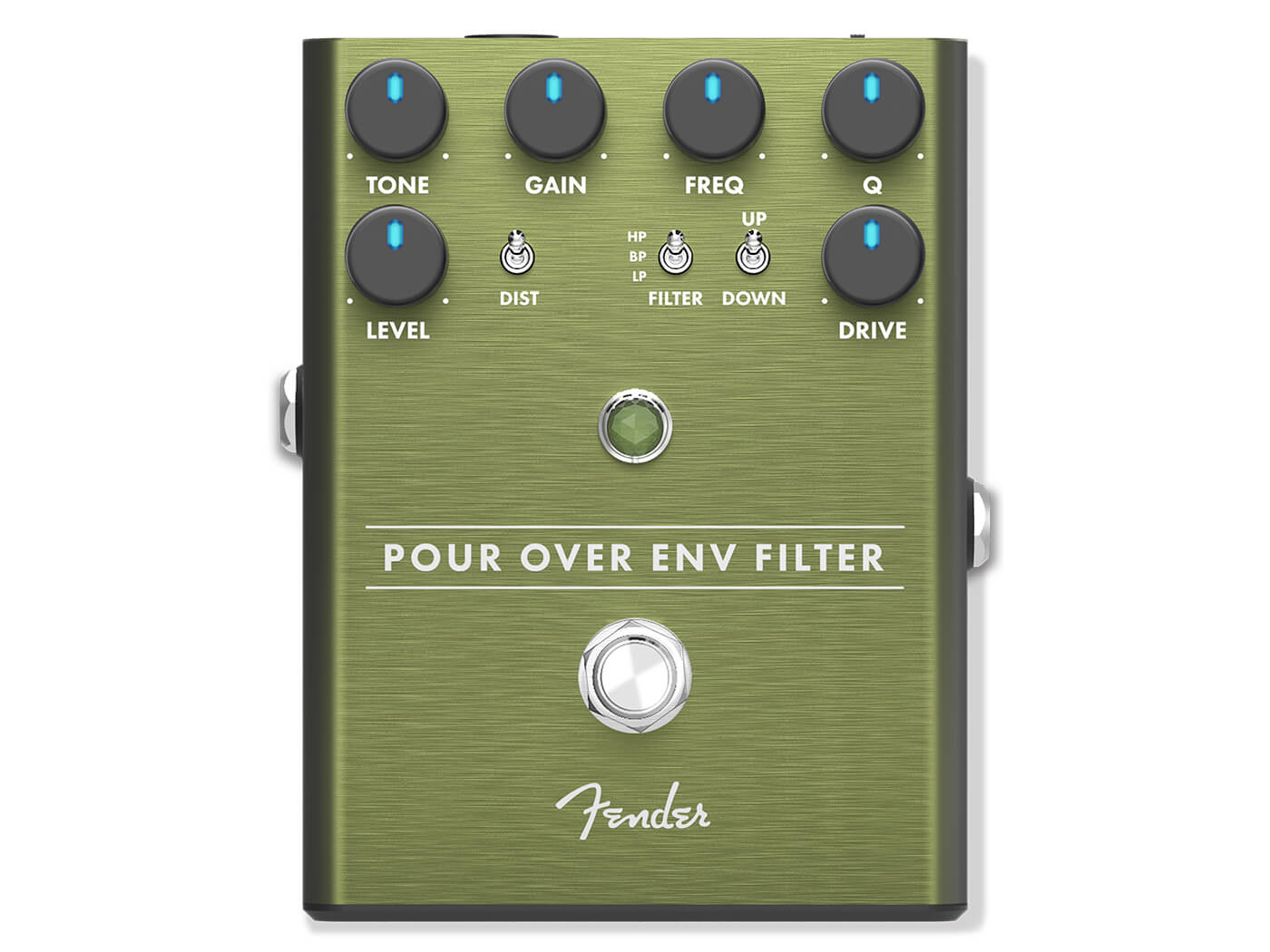 The Pour Over is Fender’s take on the fabled envelope filter, aka auto-wah. Unique to this stomper is an onboard distortion circuit that can be deployed to “punch things up a bit”, according to Fender. The envelope filter’s character can be shaped via a three-way Type switch – selects between High-, Low- and Band-Pass – along with a sweep direction control. 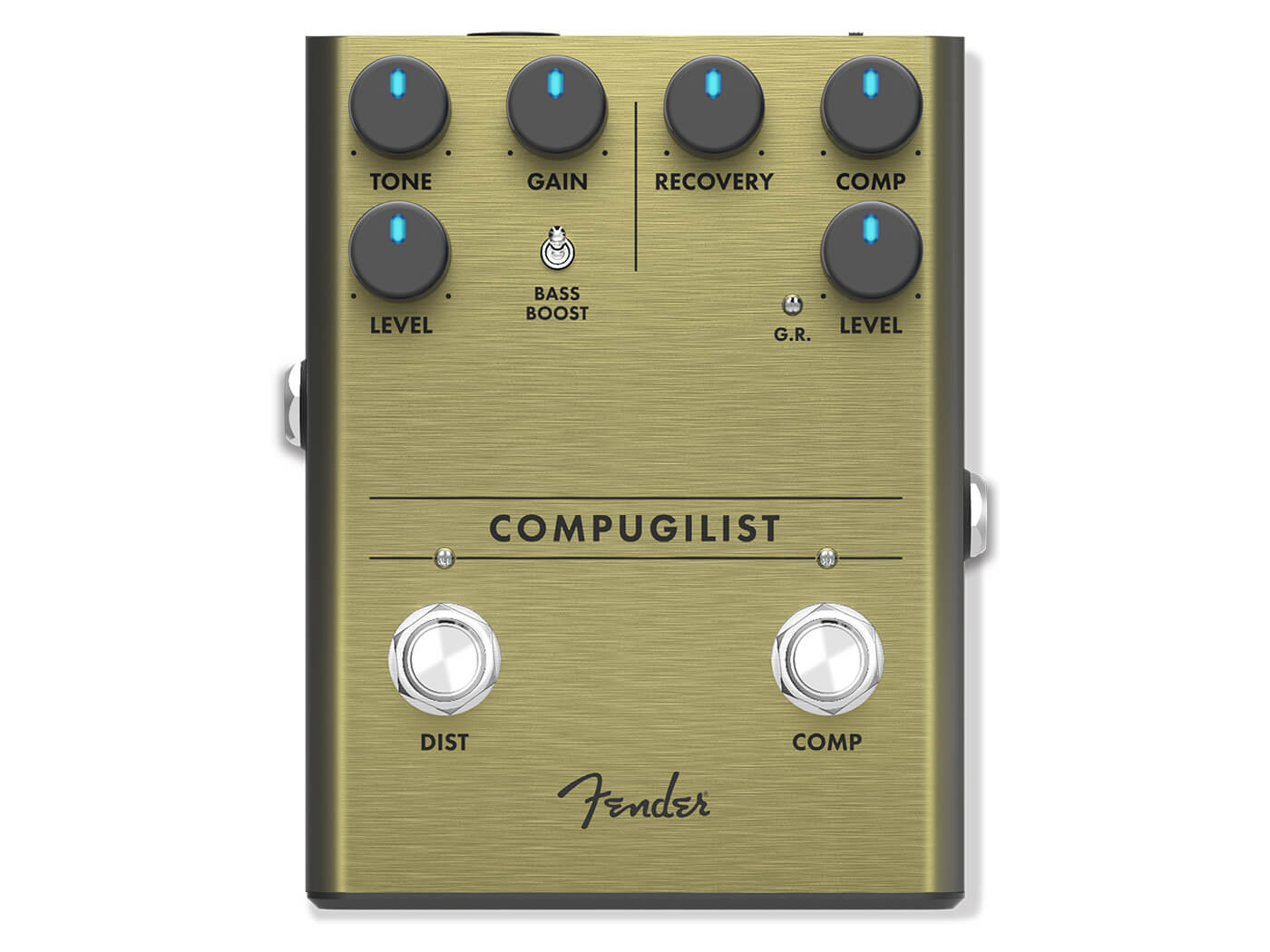 The Compugilist is a straightforward comp/distortion combo. Both effects are completely analogue, and can be deployed either independently or together. Controls onboard include Tone, Gain and Level for the distortion side, and Recovery, Comp and Level for the compressor. 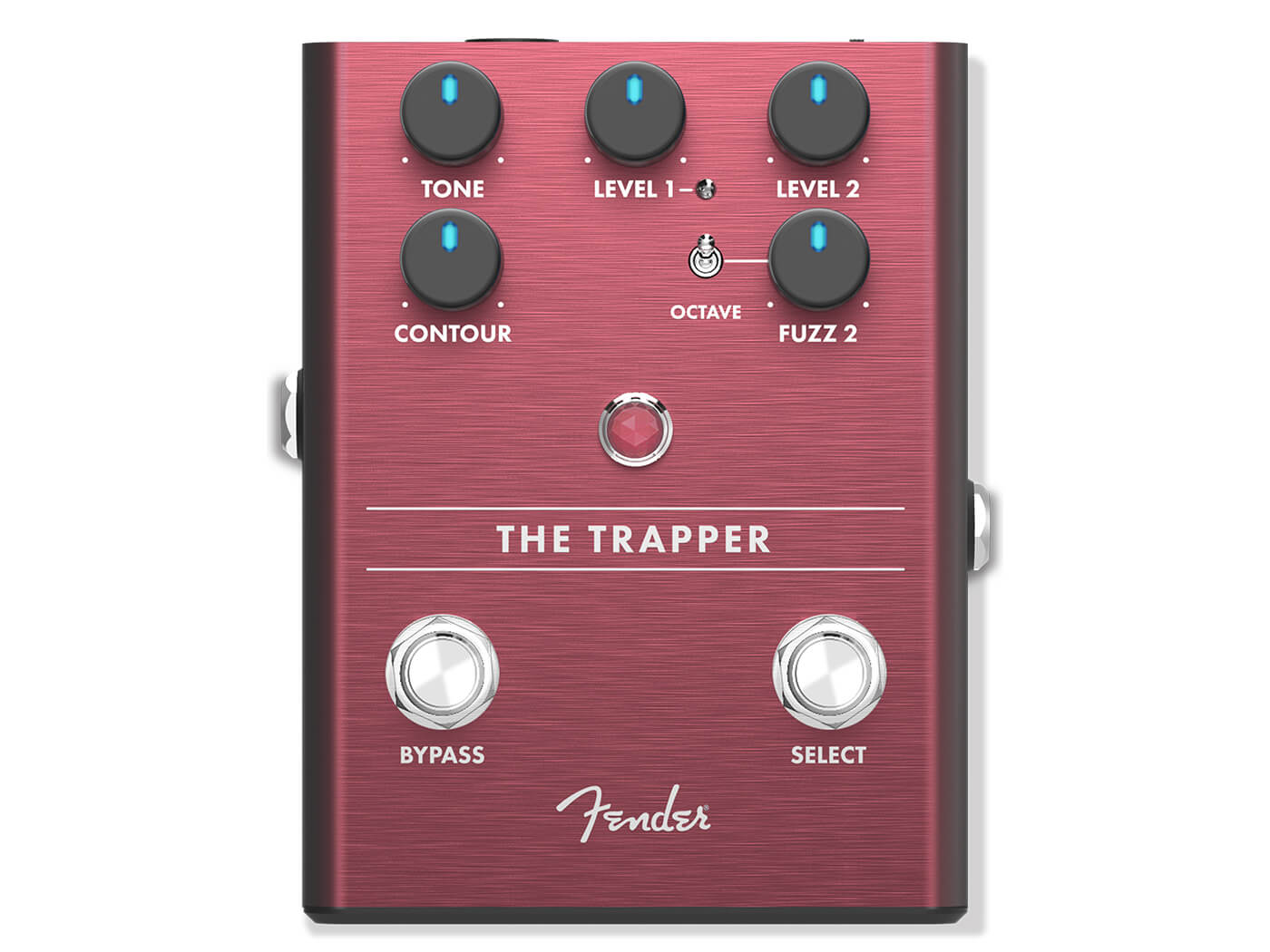 This cherry-coloured stomper is loaded with two distinct fuzz voices. The first is a softer-sounding fuzz that can be paired with a switchable high octave to produce synth-like tones. The second has more dirt and comes with a “highly interactive” noise gate that should keep unwanted noise in check. 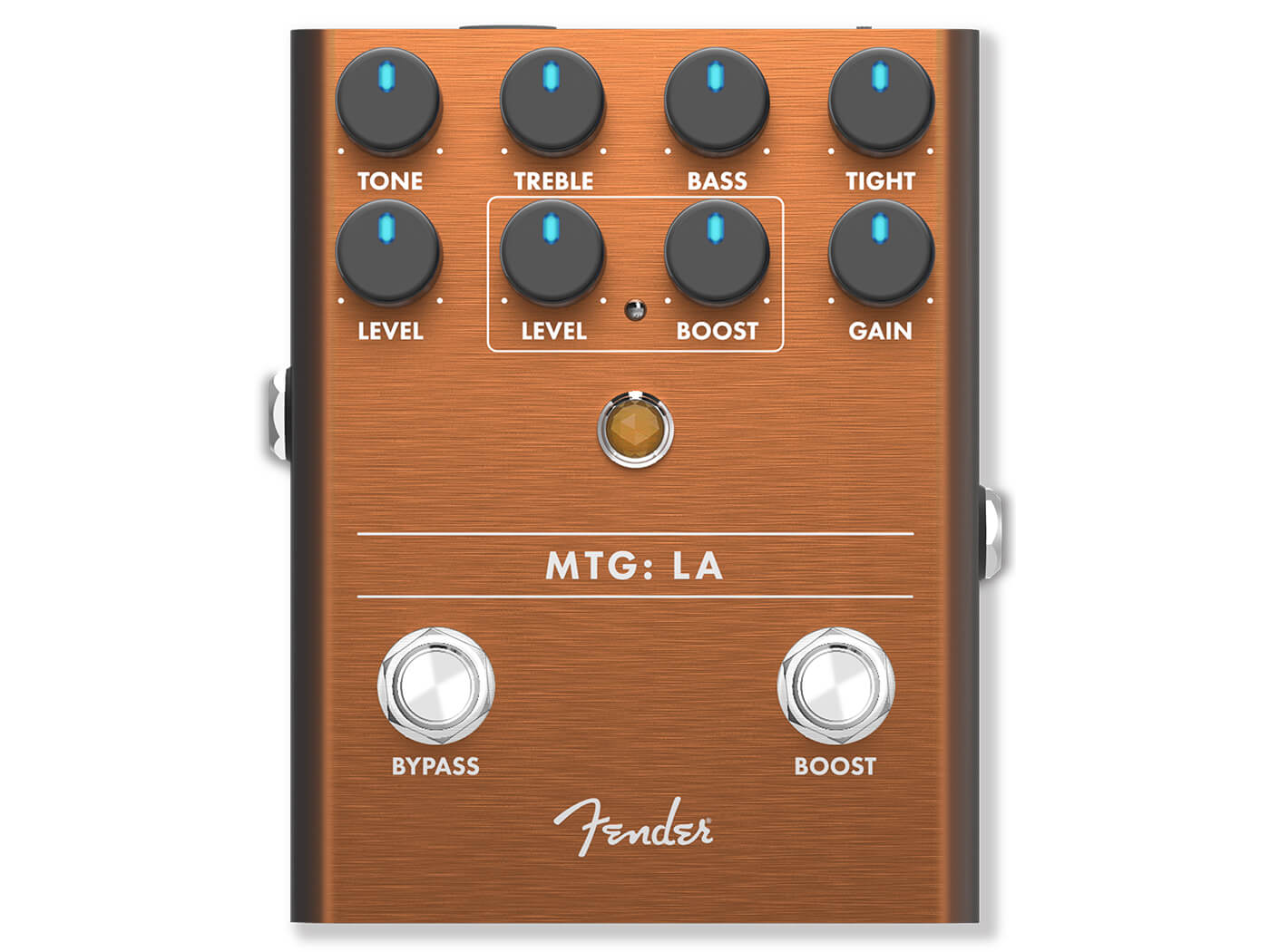 In the same vein as Fender’s recently released MTG Tube Distortion, this pedal is powered by a single US-made NOS 6205 preamp tube. The LA version is voiced differently from its predecessor, with enhanced bass response and distinct drive texture being the primary differences. Controls highlights include a Tight knob, footswitchable boost as well as a two-band EQ. There’s also a tone control in place of the MTG’s Mid control.

For more info, head over to fender.com. Keep up with the latest from Summer NAMM here.