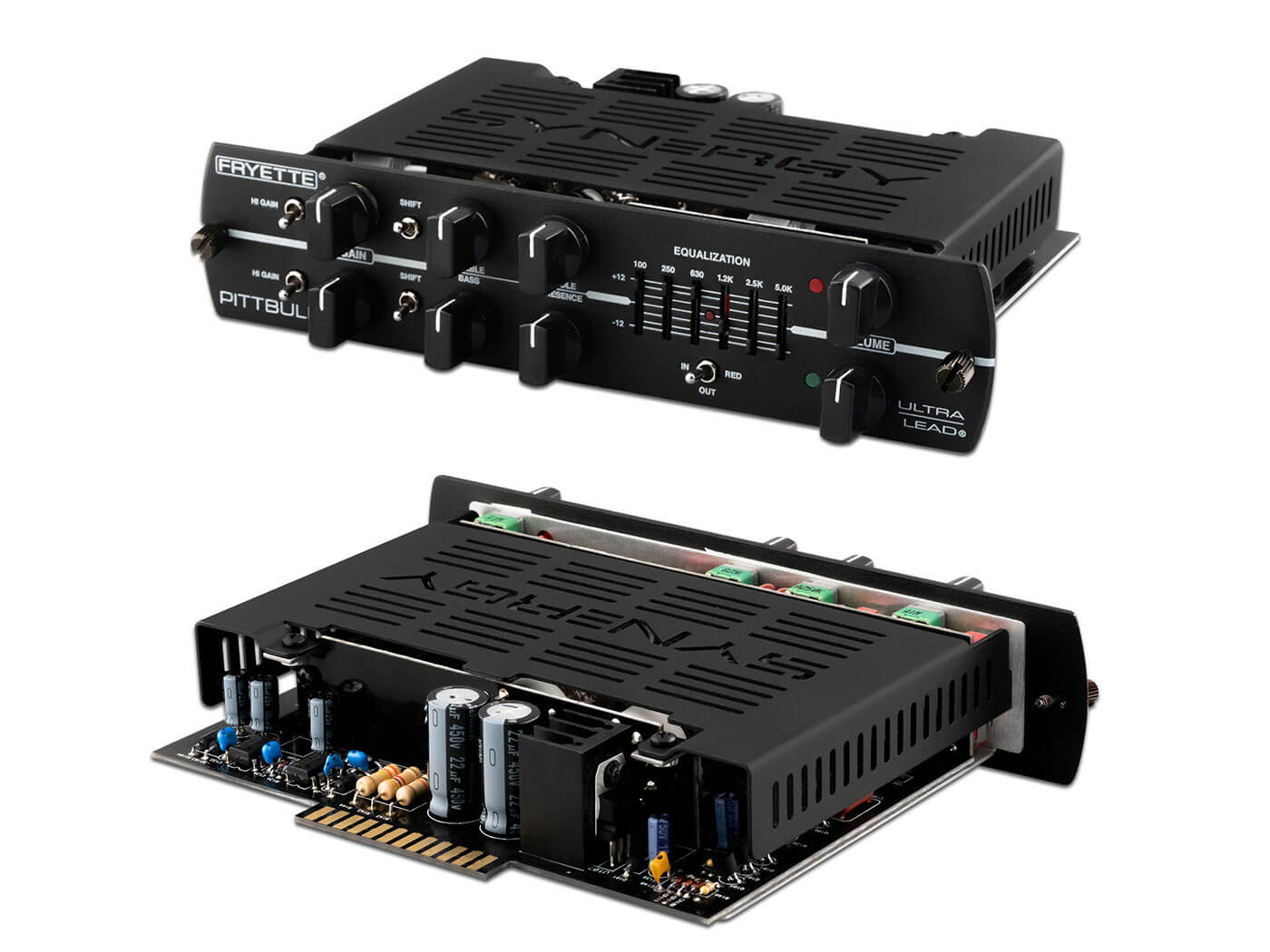 Synergy Amplification has teamed up with amplifier designer Steven Fryette for the latest entry into its line of modular preamps, The Fryette Pittbull Ultra-Lead preamp.

The preamp features the same sounds as the original Fryette Pittbull Ultra-Lead amp, with two channels allowing you to range between clean, overdriven and full-bore high-gain tones. Both the Green and the Red Channel have Gain, Volume, Hi-Gain & Shift Switches for finer tonal sculpting. Speaking of which, an assignable 6-band EQ allows you to accurately adjust the character of your sound.

Writing of the collaboration in a statement, Synergy said: “Along with his namesake amps, Steven Fryette has been instrumental in the development of Synergy Amplification. So, adopting the man’s most intense and lauded preamp circuit into one of our preamp modules was destined to happen. Not only did Fryette re-create the Pittbull’s sonic signature in flawless detail, but he even managed to fit the amp’s 6-band EQ and forward-thinking tonal control onboard. In addition, the Ultra-Lead module automatically selects between the two Cathode profiles to ensure that each channel mode will exhibit the feel and tonal balance that the Ultra-Lead is known for.”