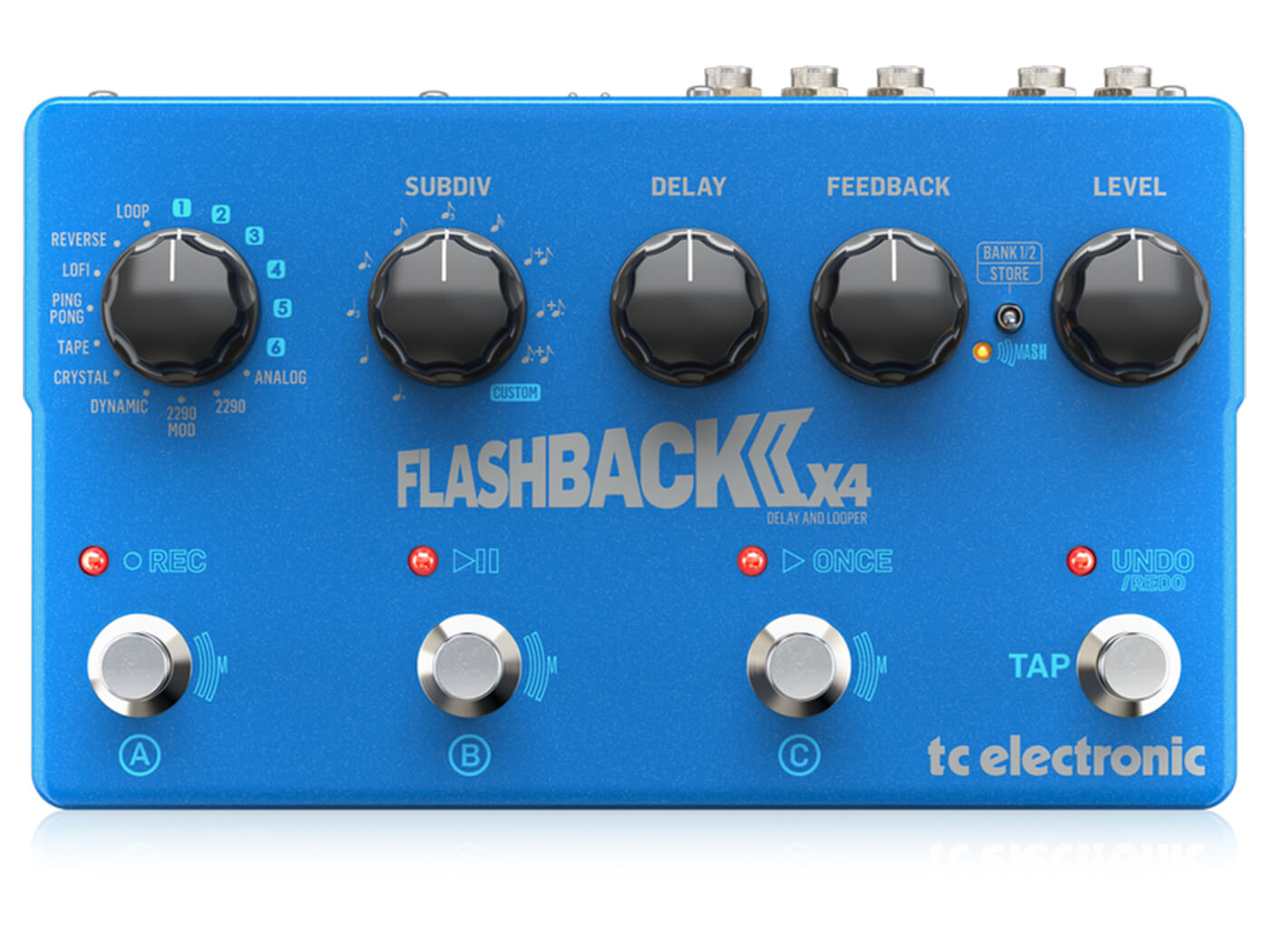 The Flashback 2 X4 boasts three pressure-sensitive MASH footswitches which not only let you toggle between presets, but also offer real-time modulation. Like an expression pedal, the amount of pressure placed on the MASH footswitch determines the intensity of modulation you’ll get. The type of modulation, on the other hand, depends on the parameters mapped to that particular footswitch – you can have a maximum of three.

In terms of algorithms, the Flashback 2 X4 features improved Analog and Tape delays as well as two brand-new additions: Crystal and dual delay. Crystal is touted to serve up lush shimmers inspired by the polyphonic octave algorithm from TC Electronic’s SUB ‘N’ UP Octaver pedal. Dual delay, in comparison, threads two echo lines together for “Gilmour-esque soundscapes”, according to the brand.

On top of its fresh algorithms, the new pedal also features six TonePrint slots – for you to port over presets via the mobile app – as well as a subdivision control with 11 tempo settings. Other useful features onboard include a 40-second looper along with MIDI and EXP inputs.

Check out the delay pedal in action below: