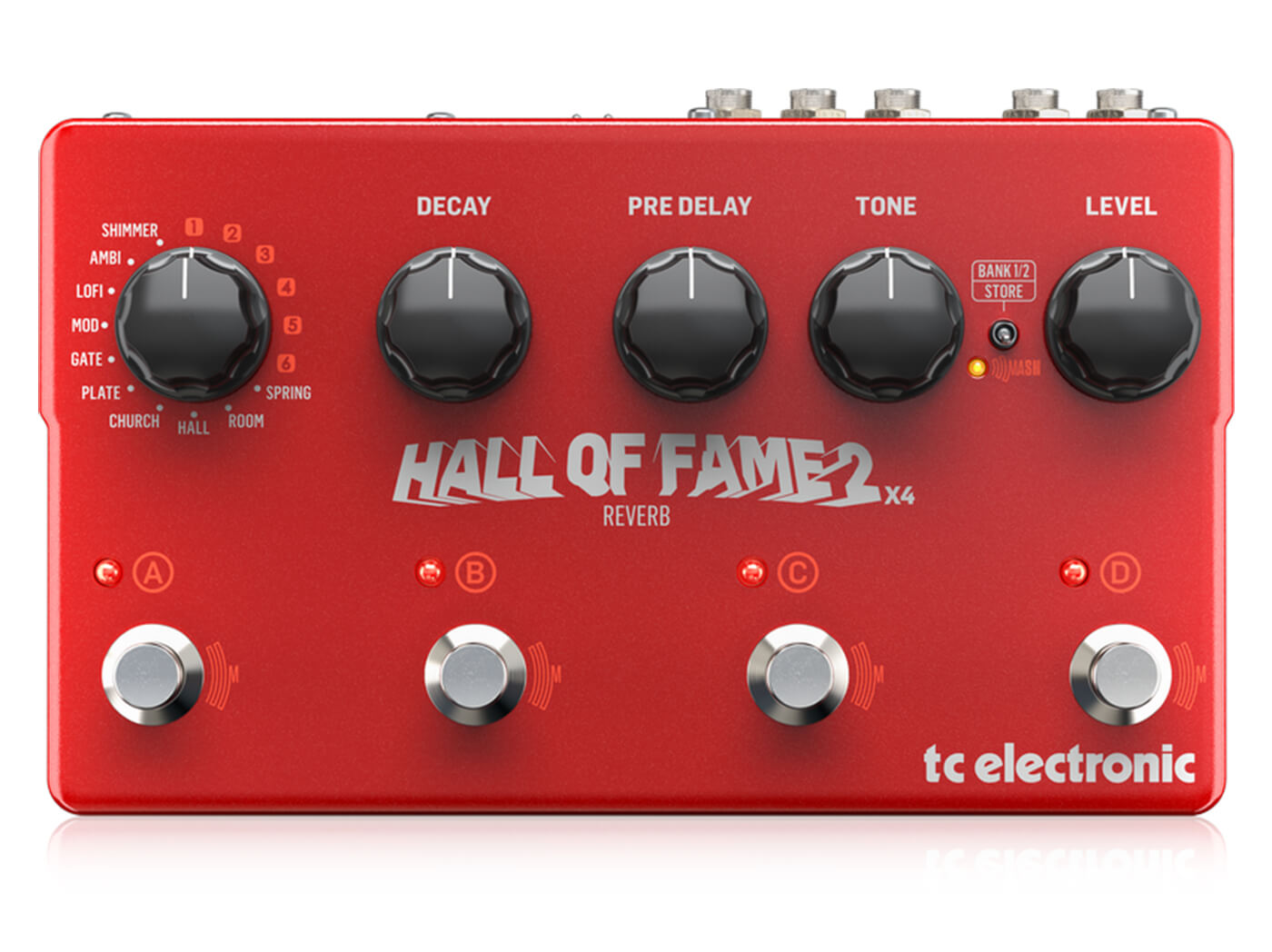 A month ago, TC Electronic refreshed its Flashback Delay range with an X4 version. The brand has now given its Hall Of Fame 2 pedal the same overhaul, bolstering the device with four MASH footswitches, new reverb algorithms and an additional six TonePrint slots.

Central to the upgrade are four new MASH footswitches. Not only do these switches toggle between different reverb settings, their pressure-sensitive feature means that each switch lets you control up to three effect parameters. You can, for example, modify your selected reverb’s decay, pre-delay or level by varying the pressure you put on the footswitch.

The HOF 2 X4 has 10 reverb algorithms, including usual suspects such as spring, church, room, plate and lo-fi, as well as a new addition in shimmer. The latter, based on the polyphonic octave algorithm featured in TC Electronic’s Sub N Up, promises to produce a range of otherworldly effects. In comparison, the HOF 2 has eight reverb algorithms.

Rounding out the Hall Of Fame 2 X4’s features are the aforementioned six TonePrint slots – to store effects and artist TonePrints – and two preset banks.

Hear the Hall Of Fame 2 X4 in action below: