Complete with a screen and 99 slots for storing loops. 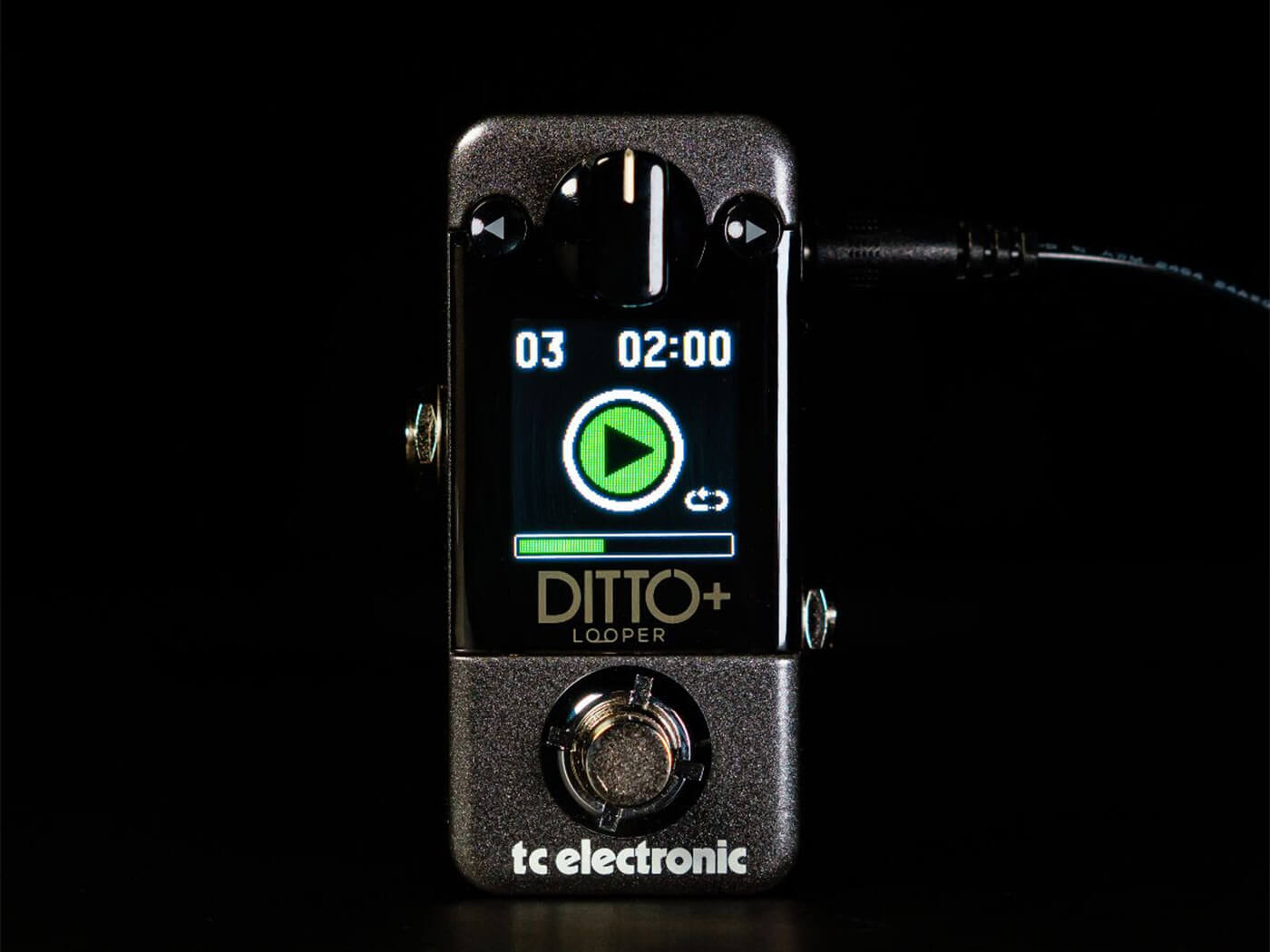 TC Electronic has announced the latest upgrade to its Ditto Looper pedal, the Ditto+. The new pedal inherits the small form factor of the original (unlike the larger Ditto x2 and Ditto x4), but still brings a plethora of new features to the fold.

The new most striking new feature is the colour display on the face of the pedal, which lets you know at a glance what play mode you’re currently in, as well as how far through the current loop you are. Before, there was no way to tell how far through a loop you were visually, and the current play mode was indicated by a flashing LED.

The max recording time has been extended all the way up to 60 minutes, and like before you can add unlimited overdubs to a loop. The new Extend Loop feature is a plus for anyone who likes structuring larger songs over smaller elements, allowing you to dub longer loops over shorter ones. It does this by stacking more repeats of the shorter loop underneath the longer part, until you finish recording.

This is made easier by the new Auto Cue function, which cleans up wraparound recording by activating the new loop at the exact right time, rather than relying on your pressing of the footswitch.

If you want to recall particular loop sessions, the pedal also comes with 99 slots for recalling loops and backing tracks, the latter of which can be imported to the pedal via USB.

The pedal lists for £99. Find out more at tcelectronic.com.