It leads an exhibit celebrating the 40th anniversary of The Clash’s London Calling. 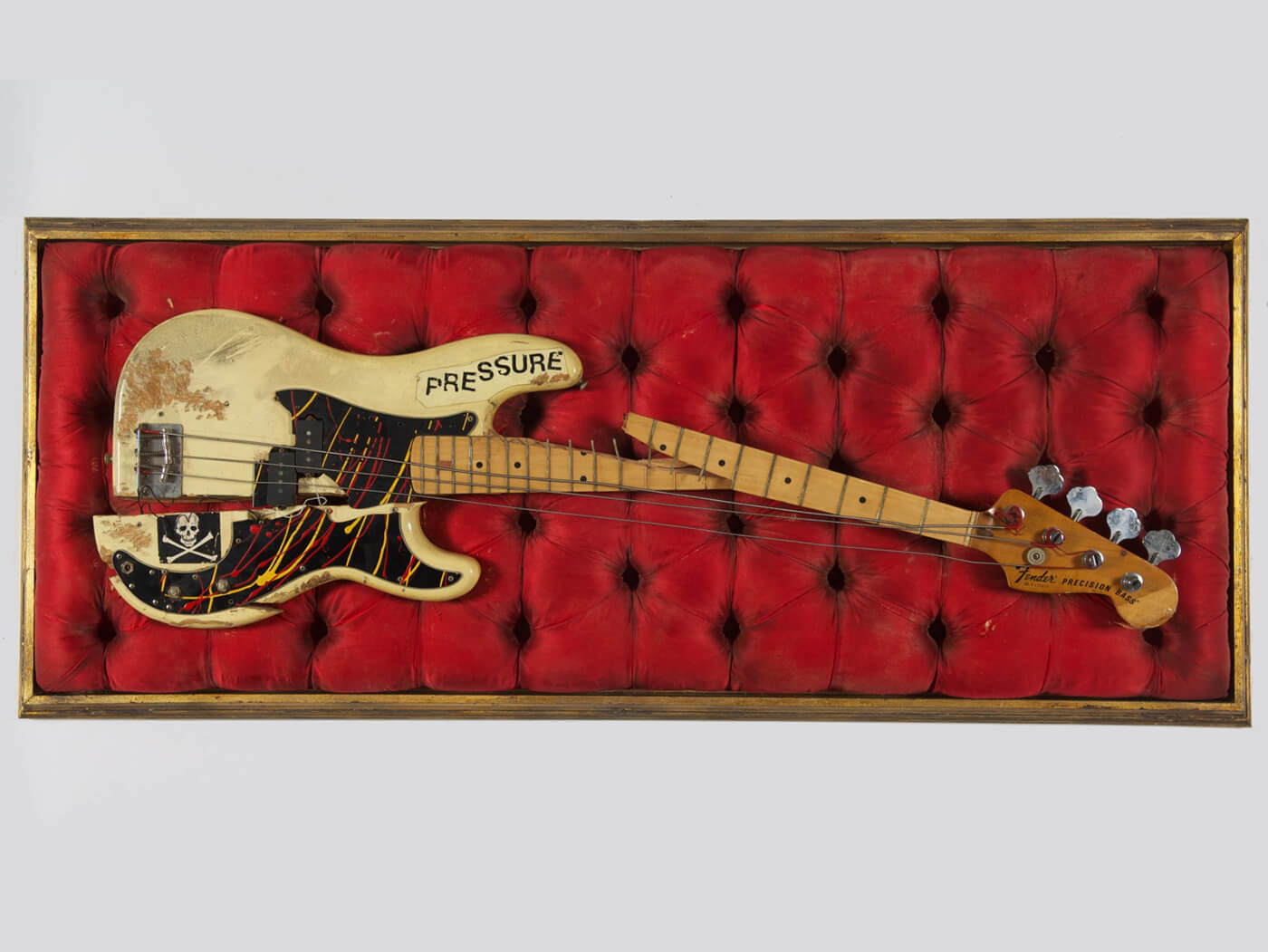 To commemorate the 40th anniversary of The Clash’s 1979 album, London Calling, the Museum of London has announced an exhibition featuring over a hundred personal items from the band’s archive. One of these is the smashed Paul Simonon’s Fender “Pressure” P-Bass, which famously graces the cover of London Calling.

The photograph that captured the P-Bass’ destruction was taken on 21 September 1979 at The Clash’s show at New York’s Palladium. In a 2011 interview with Fender, Simonon explained that he wrecked the bass due to his annoyance with the bouncers prohibiting the audience from standing.

The battered four-string will be accompanied by memorabilia such as Joe Strummer’s typewriter and notepad, Mick Jones’ handwritten notes documenting the album’s sequencing, as well as drummer Topper Headon’s drumsticks. Other notable items on display include lyric drafts, stage clothes, archival photos and films.

Here’s Simonon with the P-Bass in the 70s:

The exhibition will open on 15 November and run through the spring of 2020. Admission is free. For updates, head over to museumoflondon.org.uk.