The project is available to back on Kickstarter. 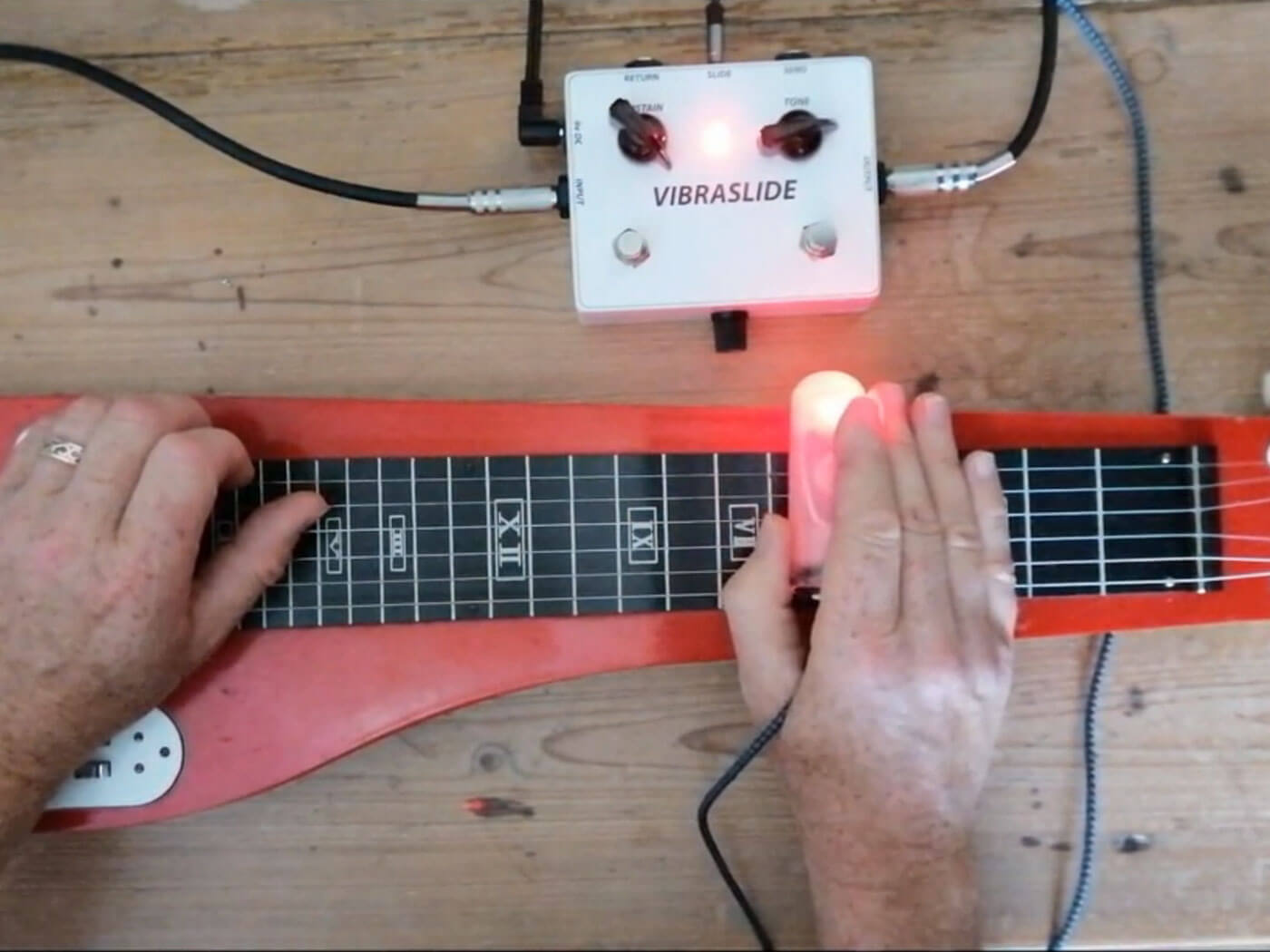 A Kickstarter campaign has been launched for a sustaining guitar slide, entitled the Vibraslide. The unit consists of a hand-blown glass slide, as well as a pedal for controlling the resulting sound.

The project has been launched by Gareth Whittock, who runs Aum Guitars, and is a lecturer in acoustics and digital sounds at Bristol’s DBS music.

The slide’s unique design means it can infinitely sustain your strings, much like an E-Bow – getting you a harmonically-rich tone inspired by David Gilmour’s ethereal playing on Dark Side of the Moon.

The pedal end of things allows for control of the effects tone and sustain, and also features an effects loop for adding your own sound to the sustained tone.. Gareth also notes that putting a volume pedal in this loop will allow you to bring the sustained effect in on top of your original sound, while adding a wah here will allow for finer control over the harmonics brought out by the slide.

And, while it obviously makes a lot of sense for use with a lap-steel or similar, it can still be used with a regular six-string.

To hear the unit in action, take a look at the demo below:

The unit is available to preorder as part of the fundraising process, aiming to deliver in autumn 2020. The initial funding goal of £2,000 has already been reached. Back the project over at kickstarter.com.