Thermion unveils the Zero, a versatile ‘pedal amp’ with reverb and a toggleable FX loop

Handy features reinforce this amp’s use on gigs, at home or in the studio. 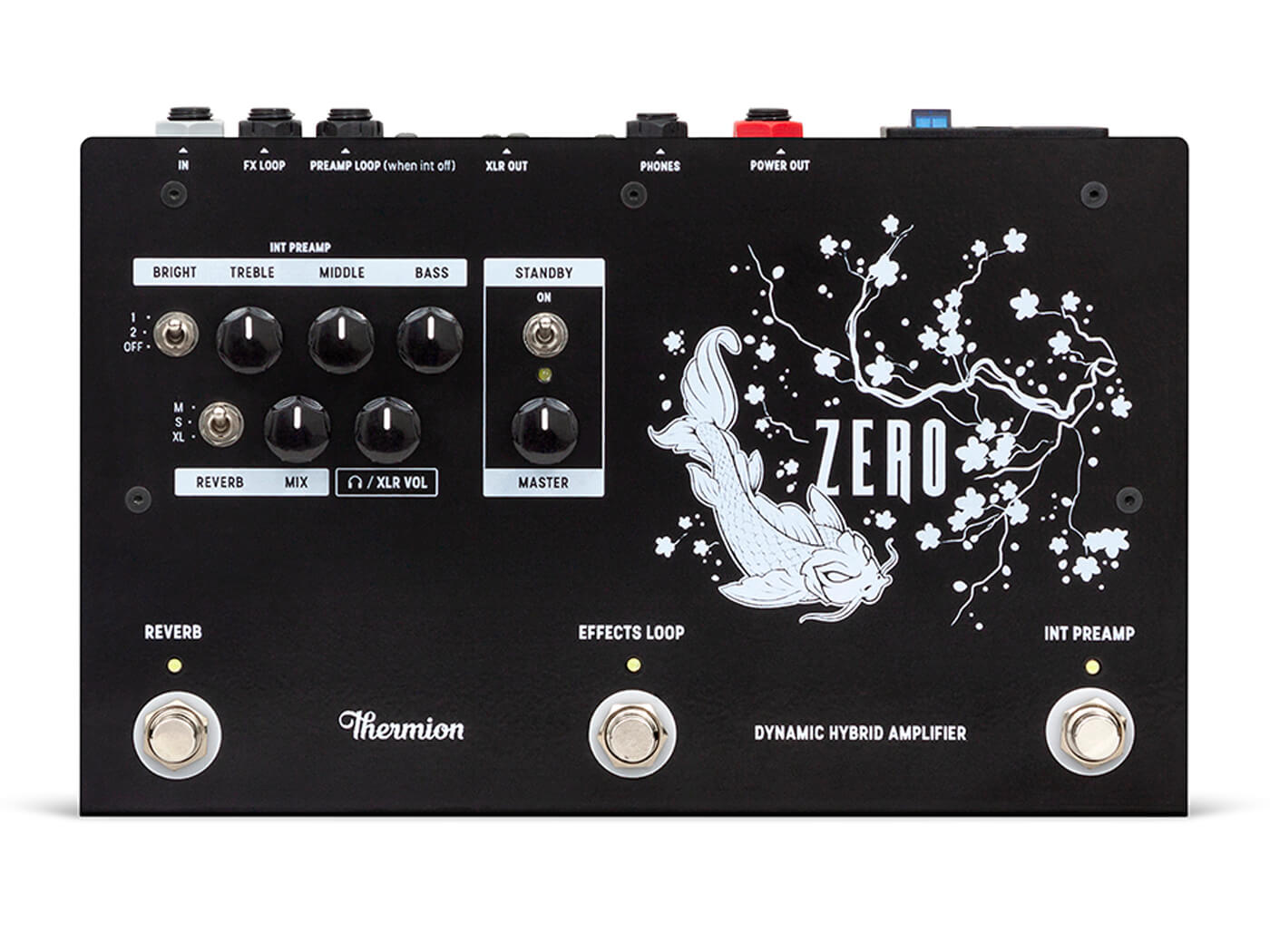 A Kickstarter campaign for Thermion’s latest ‘pedal amp’, the Zero, is now underway. The Zero places emphasis on being a versatile pedalboard fixture – comprising some handy features such as a toggleable effects loop, a full-fledged reverb section and I/O options galore for gigging, home and studio use.

Making up the first section of the Zero is a preamp section, equipped with three bright options (off, bright 1 and bright 2) and a tone stack for sculpting your ‘basic’ signal. It’s worth noting, too, that Thermion has touted the Zero’s preamp for being “drive friendly”.

The Zero is said to equip Class D hybrid power technology, and as such, brings two ‘real’ 40-watt outputs that mimic tube-amp behaviours and harmonics. With that said, the preamp, along with the Zero’s speaker modelling technology, are both driven by analogue circuits.

A nice inclusion – as the unit is meant to live close to or on your ‘board – is a toggleable mono/stereo FX loop. This, paired with the bypass switch of the preamp section, means that the Zero could be used to engage a separate preamp pedal for a different “main tone”, while still keeping the reverb section and I/O in place.

Speaking of the reverb section, the Zero is packed with a set of three predetermined ‘verbs, categorised by size (S, M, XL) and accompanied with a mix knob.

In terms of I/O, there are a plethora of options, but most notably, the Zero includes two balanced XLR outputs (equipped with the analogue speaker modelling technology) – further reinforcing its capabilities to be used in a live or recording rig.

Thermion’s Kickstarter campaign goal of €14,000 has already been achieved, meaning that guitarists will have until 10 July to get the Zero at the reduced cost of €442 (retail price: €595). Take a look at the Zero’s overview video for Kickstarter below.

Learn more about the Zero at thermion.eu