ThorpyFX wants you to help build its first community-designed pedal 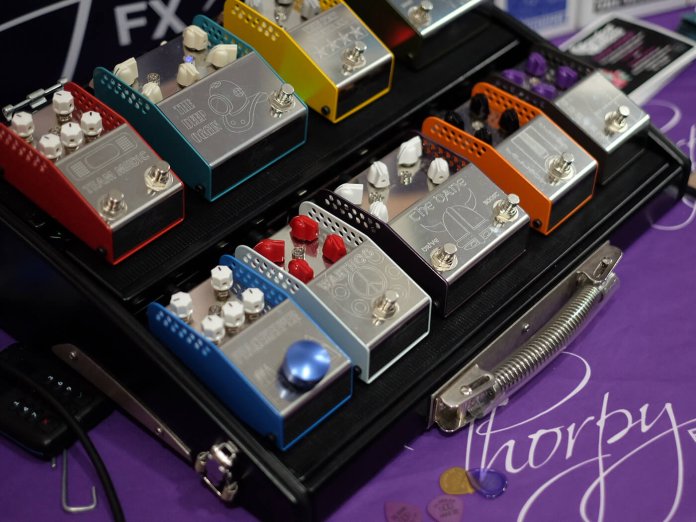 ThorpyFX is crowdsourcing ideas for its next stompbox, which will be the brand’s first-ever community-designed pedal.

Project Phalanx, as ThorpyFX is calling the campaign, is aimed to go from “concept to reality” in eight to 10 months. As this is the first time the brand will be embarking on such a project, it is sticking to its areas of expertise: fuzzes and overdrives.

Everything else, however, such as the artwork, name and features of the stomper will be left to voters. The brand said polls for and updates on the project will be shared on its Facebook page and on Instagram as Stories.

“At every step of the process, your ideas and concepts will be considered/voted on by us and the community,” ThorpyFX owner Adrian Thorpe wrote in an Instagram post. “The laws of economics will of course be considered. Any carbotanium enclosures with diamond-encrusted knobs probably aren’t going to work financially.

“Once we have a few designs in place, we will be sitting down in a loud room with Chris Buck and demoing them, commenting on their sounds nuances etc. You will get to choose which you like and which goes forward.”

Those who contributed to the project will automatically be in the running to win one of the first five pedals from the project, according to the pedal maker.

Already, pedal patrons have flooded the brand’s Facebook announcement message with ideas for the effect. Many have suggested a dual-drive architecture involving drives, fuzzes, classic preamps or a combination of the three.

Thorpe – alongside a handful of other prestigious boutique builders – also recently spoke to Guitar.com about their plans for new pedals in 2021.

“We’ve been working on streamlining and enhancing some of the old modulation-based Lovetone designs,” Thorpe said. “We’ve also been working on some new crazy effects that have really got me excited.”