Time to see what those Sunn Model Ts sound like on 10. 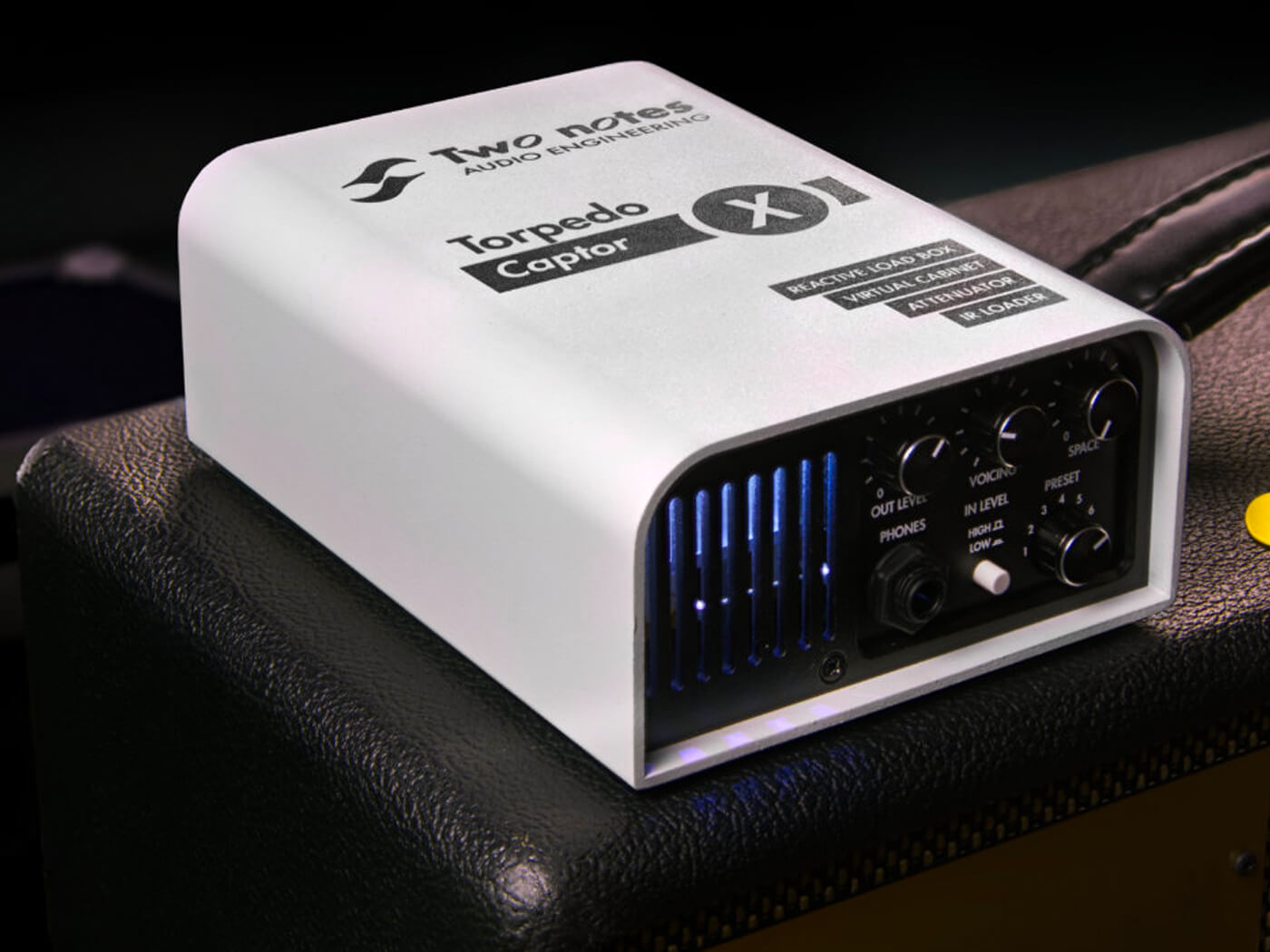 The Torpedo Captor X from Two Notes has officially launched. At its core, this compact unit functions as a reactive load box – meant to harvest the most deafening outputs from tube amps and translate them to manageable volumes – but this tube-amp companion device goes several steps further to also include some features that could be great for live and in-studio applications.

In addition to functioning as a reactive load box and tube-amp attenuator, the Torpedo Captor X equips digital cabinet simulation, IR loading, stereo expansion and a slew of auxiliary features in its arsenal.

What all this means is that you could run a cranked tube amp through the Torpedo Captor X, simulate a mic’d up 4×12 cabinet and then direct the output signal to a PA system or audio interface. This works similarly in a silent practice scenario by plugging your headphones into the device.

A total of 32 virtual cabinets – with a selection of eight microphones and eight room sims each – are included. Two Notes has also equipped the Torpedo Captor X with 128 preset locations and 512 memory slots for loading custom IRs.

Some other neat features present on the Torpedo Captor X include a Stereo Expander with Stereo Reverb and Twin Tracker; an Enhancer for adding extra thickness and brilliance; a Voicing control for quick tone shifts; a Noise Gate; and XLR DI outputs with three routing options.

As a studio tool, Torpedo Captor X works together with a companion software called the Torpedo Remote, which lets engineers control the device directly from their computer, MIDI controller, phone or tablet. Take a look at a demo video from Two Notes below.

The Torpedo Captor X lists for $549, learn more about it at two-notes.com