The counterfeit guitars were addressed to 21 US states and Australia. 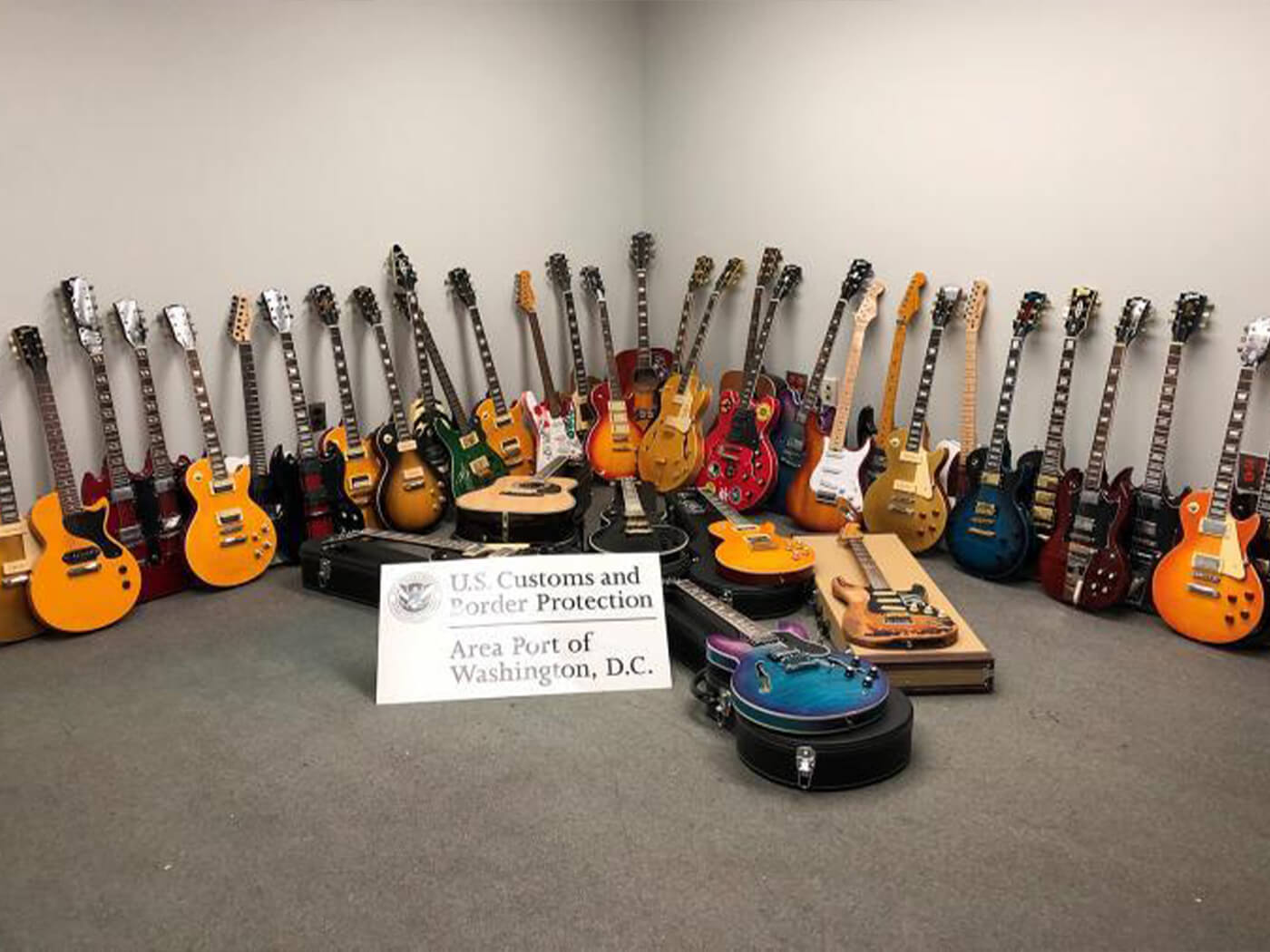 Image: US Customs and Border Protection

US Customs And Border Protection (CBP) officers in Washington, DC have seized 36 counterfeit guitars that, if authentic, would have amounted to $158,692.

The instruments arrived at Washington Dulles International Airport from China on 15 December 2020 and included a slew of fake Gibson, Fender, Martin and PRS guitars. Working with trademark holders, import specialists from the CBP were able to verify that the instruments were indeed counterfeits.

Among the Gibson fakes were several artist models: a Jimmy Page double-neck SG, a Les Paul ‘autographed’ by Slash and an Ace Frehley Les Paul Custom – the last of which carried a manufacturer’s suggested retail price of $9,000. A further six Fender, two CF Martin and one Paul Reed Smith models were detained.

The seizure was completed on 20 January and, according to a media release from the CBP’s website, no other counterfeit guitars were found besides these 36.

The instruments were addressed to 21 different US states and Australia.

Keith Fleming, the CBP’s Acting Director of Field Operations in Baltimore commented on the matter, saying: “Transnational criminal organisations will counterfeit anything that generates illicit revenues, and unscrupulous vendors line their pockets by preying on unsuspecting consumers.

“Protecting intellectual property rights is a Customs and Border Protection trade enforcement priority, and CBP officers will continue to seize counterfeit and potentially unsafe consumer goods when we encounter them.”

This incident also serves as a reminder to take note of a guitar’s serial number, especially when making online purchases. Back in November, when an entire pallet of Adam Jones signature Les Pauls was stolen from a Sweetwater truck, Gibson publicised the serial numbers of the stolen instruments to help future owners determine if their instrument derived from an illicit source.