Limited to 20 pieces, signed by Kotzen himself. 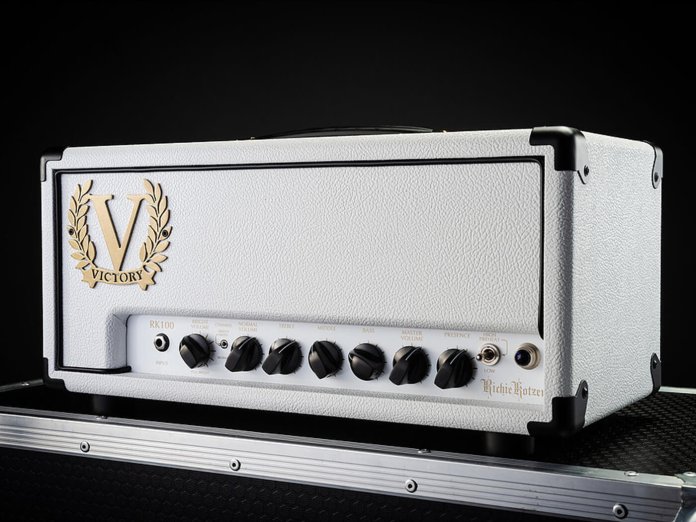 Victory Amplification has unveiled the Richie Kotzen RK100 Custom Limited Edition. This is a 100-watt all-valve head, limited to 20 pieces, all of which are signed by the Winery Dogs frontman himself.

If this feels a bit like déjà vu, that’s because Victory Amps collaborated with Kotzen on the Richie Kotzen RK50 just a couple of years ago. The well-received amp was touted for its no-nonsense rock tones and on-board reverb and tremolo. According to the brand, the former Mr. Big guitarist approached them last year to create a bigger version of this amp with a “couple of usability tweaks”.

So on the RK100, Victory Amps has dropped the traditional four-input, two-channel design for a single-output design with a toggle switch for its two channels: Normal and Bright. These can be used independently or mixed together. Victory Amps has also added a pull bright function for the Bright channel to dial in extra sparkly tones.

Other features of the RK100 include a traditional EQ section, master volume control and a low power mode. The latter attenuates the amp’s power to 30-watts, giving you the option of an overdriven tone at lower volumes. Victory Amps claims this provides “more compressed dynamic response with different feel characteristics”.

Finally, as an added touch of versatility, the RK100 is also designed to accommodate both EL34 and 6L6 power valves.