The new Bobcats come in some sleek new finishes. 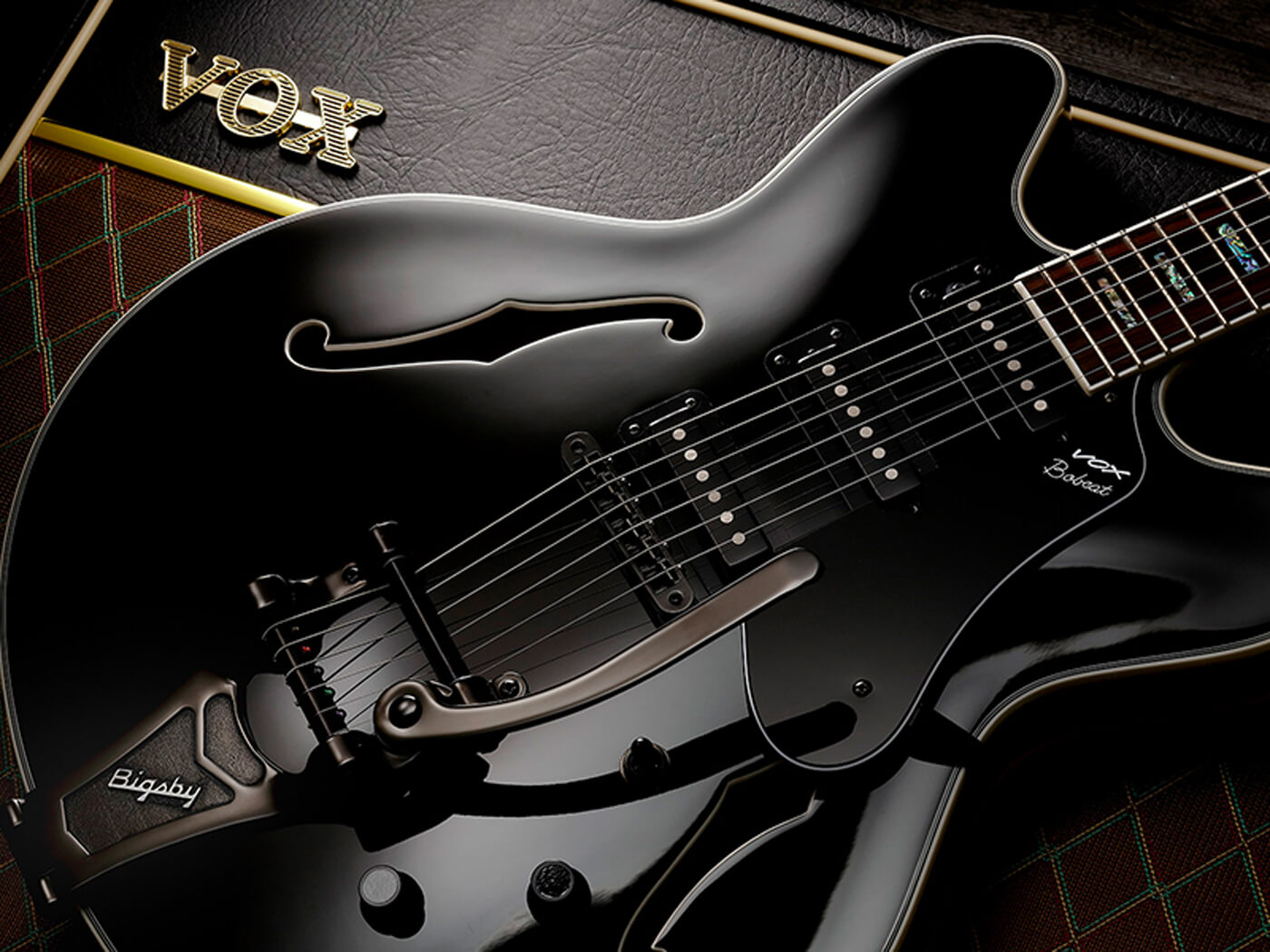 Both guitars feature a maple plywood body with a weight-relieved spruce center block, a mahogany neck and an Indonesian ebony fretboard. The set necks on both have a 25”-scale length.

The Bobcat V90 Bigsby is loaded with a pair of VOX V90 soapbar pickups and two sets of volume and tone controls. Meanwhile, the S66 Bigsby has a trio of VOX S66 single-coils, three volume knobs and a tone control.

Each finish is also paired to a different tremolo system, Jet Black models come with a black Bigsby B700 while Blue Sapphire comes with a Bigsby B70.

Vox’s Mini Go amps are portable amps in three sizes: three-watt, 10-watt and 50-watt. They offer 10 onboard amp models running off Vox’s VET technology, a 40-second looper, 33 built-in rhythms and a range of effects to boot. They can \ be powered either via a wall socket or with your own external USB battery.