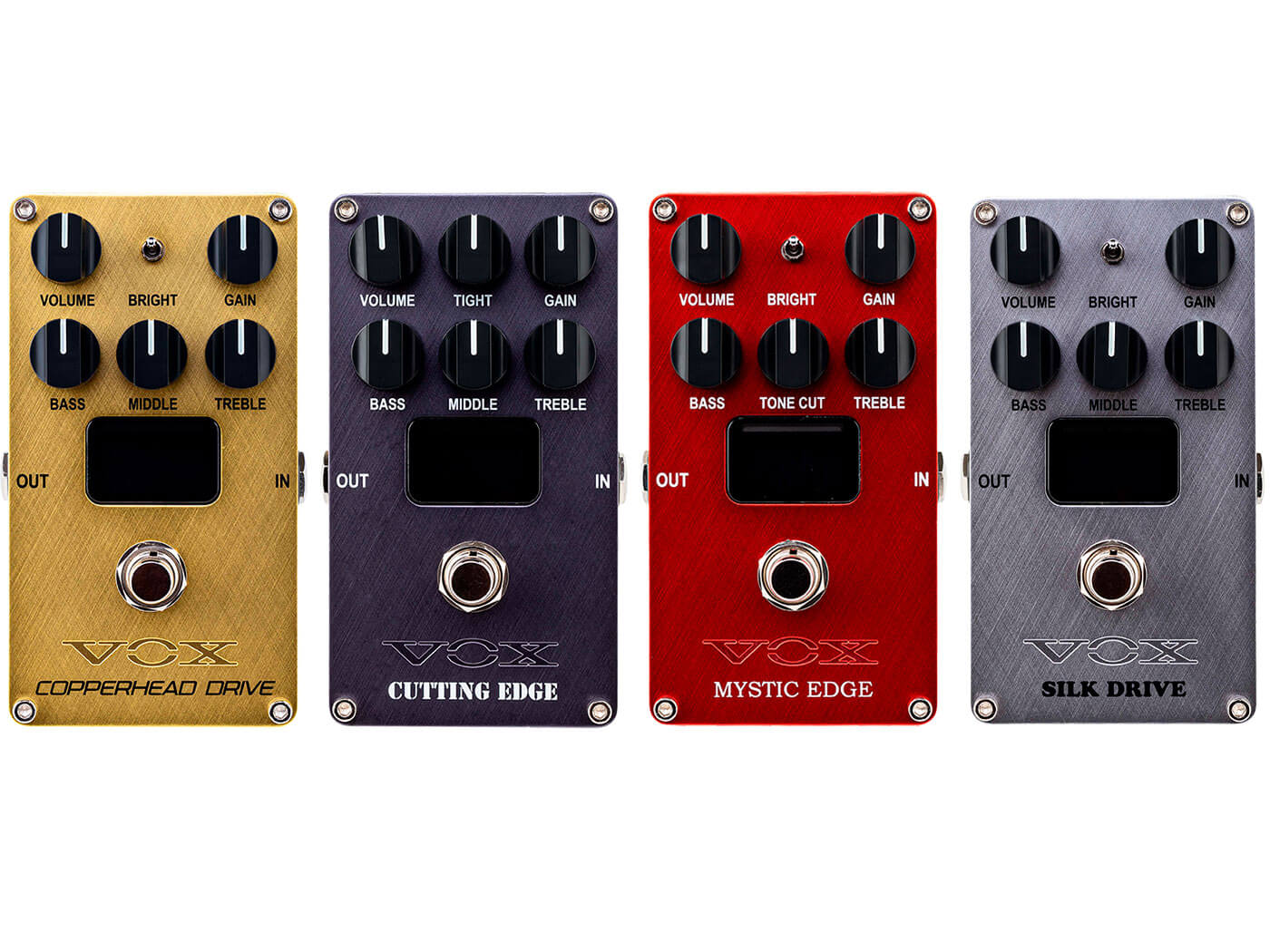 Vox has launched four new pedals, all equipped with Nutubes for valve-like responsiveness. The set, first revealed at NAMM 2020, is called the Valvenergy pedal series.

Each of the pedals is built off the same overall design, with a control cluster at the top of the enclosure’s face, above an OLED screen. When the pedals are engaged, this screen displays an oscilloscope. All pedals except the Cutting Edge feature a ‘bright’ switch to add a little more high-end to the tone if needed.

All four pedals also each feature various connection modes. You can use the pedal like a standard stompbox, or engage preamp mode – switching the pedal’s output to a line-level signal for plugging into a power-amp or effects-loop return. There’s also a cab-sim mode, which outputs a line-level signal and engages a cabinet simulator for direct connection to a mixing desk or audio interface.

The pedals also sport the interesting feature of channel-switching connectivity. Using an eight-inch stereo aux cable, two or three pedals can be linked together, and as you engage one effect, the other will turn off, as if you were switching channels on an amplifier.

The first in the line of four pedals is the Copperhead Drive, a distortion/overdrive pedal that Vox says recreates the “classic full stack amp tone, used for the powerful sound of hard rock in the 80s.” Vox also notes that the pedal’s drive can sweep from light overdrive to full-blown metal.

The Silk Drive is meant to simulate the sound of a boutique vintage amplifier. Vox says that it “covers the range from warm cleans to bluesy overdriven tones, and perfectly expresses the subtle nuances of your picking.” The Nutube tech here is used to achieve the distinctive compression found in tube amps.

Finally, the Mystic Edge pedal emulates the sound of Vox’s classic AC30. The pedal offers the distinctive chime which the widely-used amp is best known for since its introduction in 1959.