The EB-10 adds more flexibility to its EQ/boost formula. 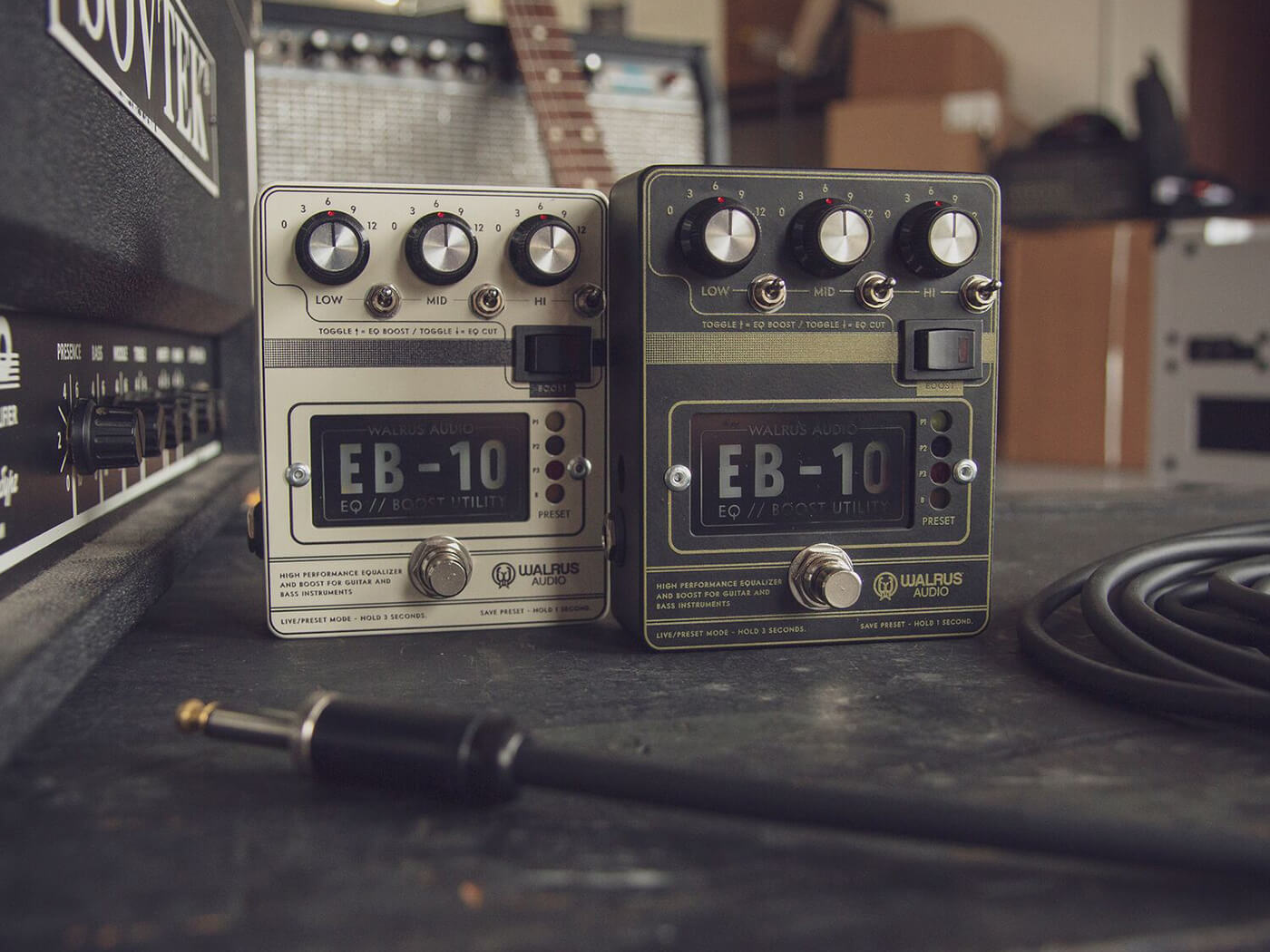 Walrus Audio has released the EB-10, an EQ/boost pedal that’s an update of the Defcon 4, a collaboration between the brand and Ryan Adams.

The Defcon 4 was designed as Adams’ signature pedal, but Walrus had discontinued the stompbox shortly after allegations of the singer-songwriter’s sexual misconduct came to light in February this year. Beyond its origins, the EB-10 bears no relation to Adams.

The EB-10 is not just a re-housing of its predecessor. While it retains the basic layout and functionality of the Defcon 4, it offers broader tone sculpting, more preset options and – notably – a lower price.

The EB-10 has a set of bass, mid and treble selector knobs on its front panel, each with five positions: 0, 3, 6, 9 and 12dB. The toggle switch that accompanies each knob determines whether this value is applied as a boost or cut to each band, allowing for a total of 700 EQ combinations and a much broader boost/cut range than the Defcon 4.

An overall 10dB of MOSFET boost can be engaged with a rocker switch, which enables you to use the pedal to kick your solos to the front of the mix, or to hit the front of an amp harder. The Live mode is intended to keep levels consistent across guitars of varying outputs, while three other preset slots let you recall settings on the fly.

The pedal is available in two finishes, Black and Cream.

The EB-10 lists for $229, with a portion of all proceeds being donated to raicestexas.org. More information at walrusaudio.com.