The two halves can work in series, or have extra effects between them. 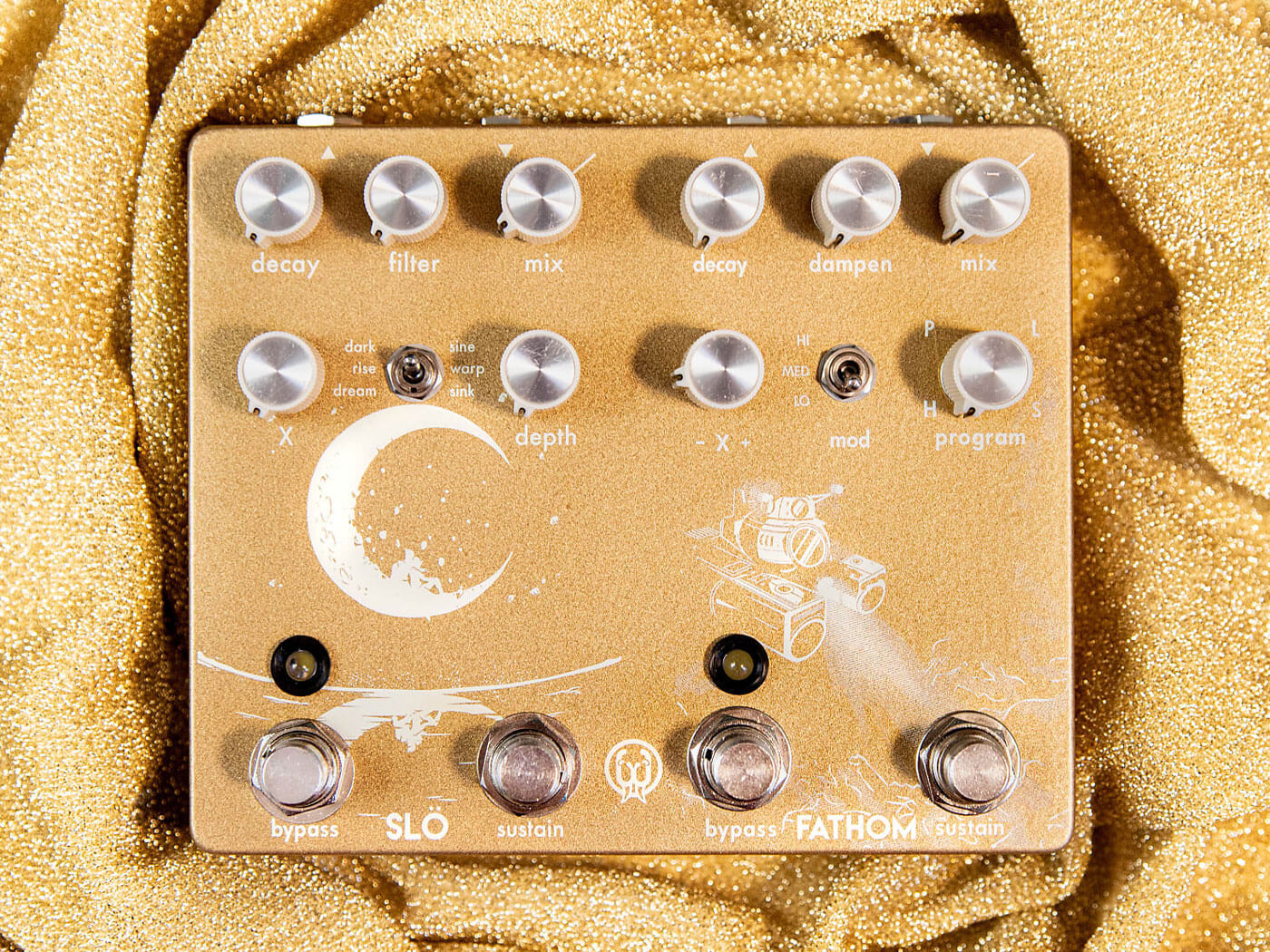 Walrus Audio has paired with Reverb.com to release a highly limited pedal, that combines the Slö and Fathom pedals into one ‘gold-standard’ enclosure.

The two pedals the unit combines exist in their entirety, each with individual bypass indicators and footswitches, as well a ‘sustain’ footswtich for each, meaning both pedals can create the swelling, ambient pads they’re known for on their own. We gave both pedals 9/10 in our respective reviews of the pair, so combining both into one pedal gives you a near-endless amount of quality reverb and soundscaping options.

All of the controls remain from each as well, so the Slö (on the left) can operate in Dark, Rise and Dream modes: sub-octave, swelling and shimmery ambient reverbs respectively. There are controls for modulation depth and waveform, tone filter, overall mix and reverb decay.

The Fathom side (on the right) also boasts different operating modes: Hall, Plate, Lo-Fi and Sonar, as well as three modulation modes, and controls for decay, dampening and overall mix.

The pedal also technically features an effects-loop of sorts, in the form of the Fathom’s output jack. When not connected, the Fathom runs in series to the Slö. If you want to mix up your reverb sound even more, you can use the out of the Fathom and the in of the Slö to add in effects between the two halves of the combo pedal.

The unit is limited to 196 units, available exclusively through Reverb.com for $349. Order one here.