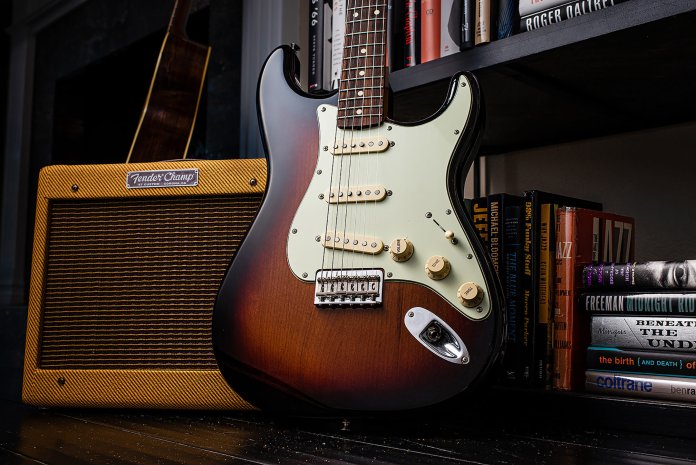 Win-D-Fender, a woodwind accessory manufacturer, is accusing Fender Musical Instruments of bullying, after it requested the cancellation of Win-D-Fender’s trademark.

The Win-D-Fender product is a small device that attaches to the mouthpiece of a flute, allowing the instrument to still be played outdoors, even in high winds. The Win-D-Fender mark was successfully registered in 2017.

Nathan Dooly, the founder of the company, claimed in a press release that the name Win-D-Fender came from trying to find alternatives to “windshield,” which was too close to a car windshield to be a viable name. He recounts how he Googled synonyms for “guard,” and came across “defender.”

“I thought, ‘that’s kind of an illiteration [sic]; it’s fun to say; it sounds like something that people could remember,’” Dooly is quoted as saying. “I bounced it off the guys and we created a stylised spelling.”

The press statement then claims that Fender’s legal action is “absurd”. Clem Kwok, the managing director of Win-D-Fender, added that: “surrendering to Fender’s requests would be financially devastating.”

Fender initially filed the request for cancellation in October of 2021, with the official answer arriving from Win-D-Fender in November.

Win-D-Fender’s answer denies that this claim is a legal basis for cancelling the trademark.  Its press statement is also keen to state that Fender is “not in the flute business.”

Win-D-Fender’s official response gives nine examples of other marks that Fender Musical Instruments has not challenged, despite containing a similarly stylised use of the word “fender” as a suffix. However, these nine examples include marks for uses such as paintball guns, security system monitoring, “teat and udder” disinfectant, face masks and hand sanitiser, not musical instruments or accessories.

“Fender has not previously challenged the registration of these marks,” states the answer.