Heritage files second motion against the guitar giant after the two disagree over Heritage’s request to remove redaction of the original lawsuit. 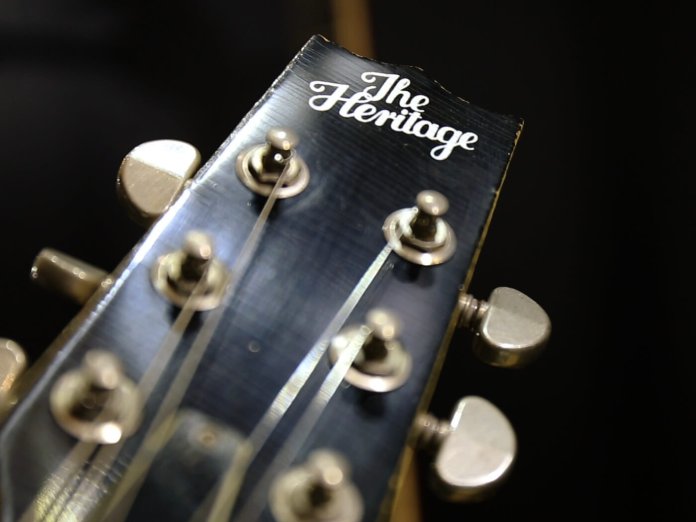 The legal fight between Gibson and Heritage has taken a fresh twist, as a dispute over how much of the original redacted legal suit should be released to the public has led to a fresh filing from Heritage, demanding that the court grants its wish to release the original document without anything redacted for confidentiality reasons.

The original suit, which was filed in US District Court For The Western District of Michigan Southern Division on 13 March, claimed that Gibson had sent repeated legal threats to Heritage accusing it of breaking the terms of a 29-year-old legal agreement between the two brands that gave permission for Heritage to build its guitars with Gibson’s blessing.

Heritage sought a judgement from the court that it hadn’t violated the agreement, and laid out in its justifications for bringing the suit in the original document. However, the suit that was filed publicly (which can be viewed in full here) was heavily redacted, with large swathes of the argument blacked out.

Both companies released strongly-worded statements following Guitar.com‘s reporting of the original suit, with the Heritage claiming that “we’re not going to be bullied”, while Gibson claimed that Heritage was trying to “re-write Gibson’s history”.

According to this latest filing, which is dated 25 March 2020, after the original suit was filed, Heritage approached Gibson to request that the original document be released without the redactions – the law dictates that both parties must agree before this could happen.

“Because the Settlement Agreement contains a confidentiality provision, in an excess of caution, Heritage initially filed its Complaint in redacted form,” Heritage’s new filing reads. “However, given the limited scope of the references to the Settlement Agreement’s terms in the Complaint, along with the nature and age of the information, Heritage thereafter asked Gibson if it would consent to filing of an unredacted version of the Complaint.

“Gibson refused without explanation, and instead demanded that Heritage withdraw the Complaint and refile a different version that redacted additional language in Paragraph 38 of the Complaint. As a result, Heritage is forced to bring this motion seeking the Court’s permission either to file the Complaint in unredacted form, or alternatively to file an unredacted version of the Complaint under seal.”

While it’s unclear what Gibson objected to about the documents being released unmodified, without their consent, Heritage decided to appeal to the court to allow them to release the documents, or have Gibson explain why they wanted them to remain redacted.

“As the party who wishes to have information kept from public view, Gibson bears the burden of justifying the need for such secrecy,” claims the Heritage complaint.

This is a developing story and we will update it as further information becomes available.

[Editor’s note: Heritage Guitars has a partnership with BandLab Technologies, the parent company of Guitar.com]

“It’s new territory for Coheed:” Claudio Sanchez on how they stepped into the unknown with Coheed & Cambria’s latest album