Gibson on Satellite Amps dispute: “We must protect ourselves from this and other similar opportunistic tactics”

The guitar giant responds to the recent allegations, regarding the Coronet, made by Satellite Amplifiers in an Instagram post. 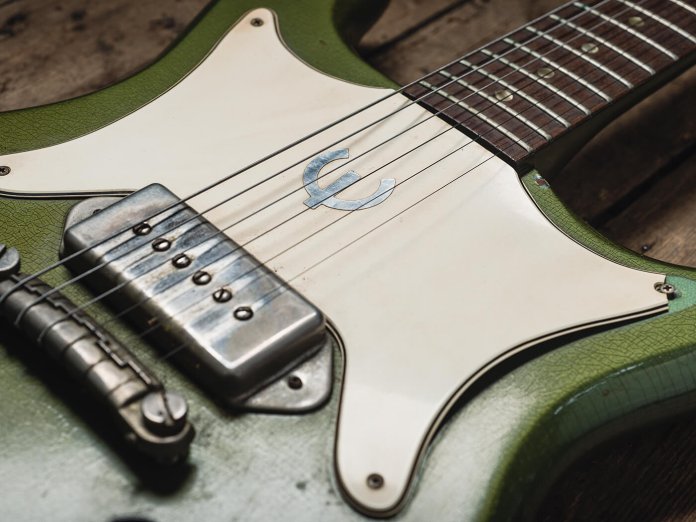 Gibson has issued an official statement in response to the recent allegations made by Satellite Amplifiers, which claims that the guitar giant was pursuing legal action in order to “invalidate” the latter’s “federal trademark” for the Epiphone Coronet.

The statement obtained by Guitar.com is reproduced, unedited and in full, below:

“As a result of creating, launching, investing, and owning the trademark for the Epiphone Coronet, Gibson simply filed to confirm their trademark ownership on a ‘first-use’ basis. The recent comments posted from the Satellite owner (Adam Grimm) confirms they (Satellite) knowingly took the name and concept from Epiphone. Brands have a right to defend themselves against this type of blatant brand misrepresentation practice, hence Gibson actions.

“Gibson did not file a lawsuit. Gibson did, understandably, file for trademark ownership and requested to cancel their (Satellite’s) mark within the USPTO as Gibson is clearly the original owner, has clear first use and thus exclusive trademark rights. The comment posted from the Satellite owner also references a letter where they offered Gibson the opportunity to ‘buy back’ a trademark that Gibson already owns “as a measure of goodwill and good publicity.” This is confusing at best, but it speaks more to Satellite’s real intentions of profiting off-of another brand’s trademark and success in the market. Gibson must protect itself from this and other similar opportunistic tactics, despite the potential distractions being created.

“Over the past year and a half, Gibson has put significant focus across all of their brands and remain proud of the progress that has been made. Epiphone has had a complete upgrade with the recent launch of the Epiphone Originals and the Epiphone ‘Inspired by Gibson’ collections. Based on heightened demand from guitarists and dealers, the Epiphone Coronet has been, and will continue to be, a key guitar in the Epiphone Originals Collection.

“Gibson has also engaged in the industry in a positive way by giving the Oberheim Synthesizer Brand back to the original founder, Tom Oberheim (for free) and by making sure the Slingerland Drum Brand found a suitable new home at DW Drums. The industry has recognized these, and other gestures, as true acts of goodwill and good intention.”