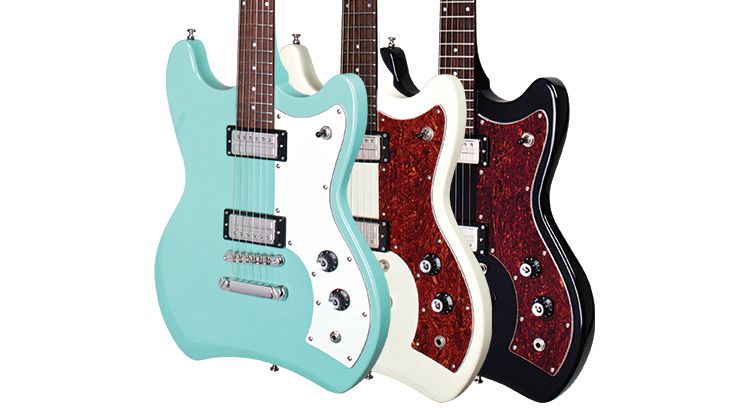 Fifty years after the original release, the Jetstar is poised to make a comeback. Guild has announced it is re-releasing the classic with designs that remain faithful to the original S-50 Jetstar.

The new iteration also features a solid mahogany body and set neck, inline tuning machines, and Guild’s pearloid pyramid logo on a scroll-shaped headstock. Alongside the traditional elements are new and updated ones, such as the shallow “C”-shaped neck, a longer 25.5-inch scale and two Guild LB-1 Little Bucker pickups that can go from sparkly clean to fat and warm.

The guitar is available in Sea Foam Green with a cream pickguard, or Vintage White or Black with a tortoiseshell pickguard.

The Guild Jetstar lists for $840. For more information, check out guildguitars.com.