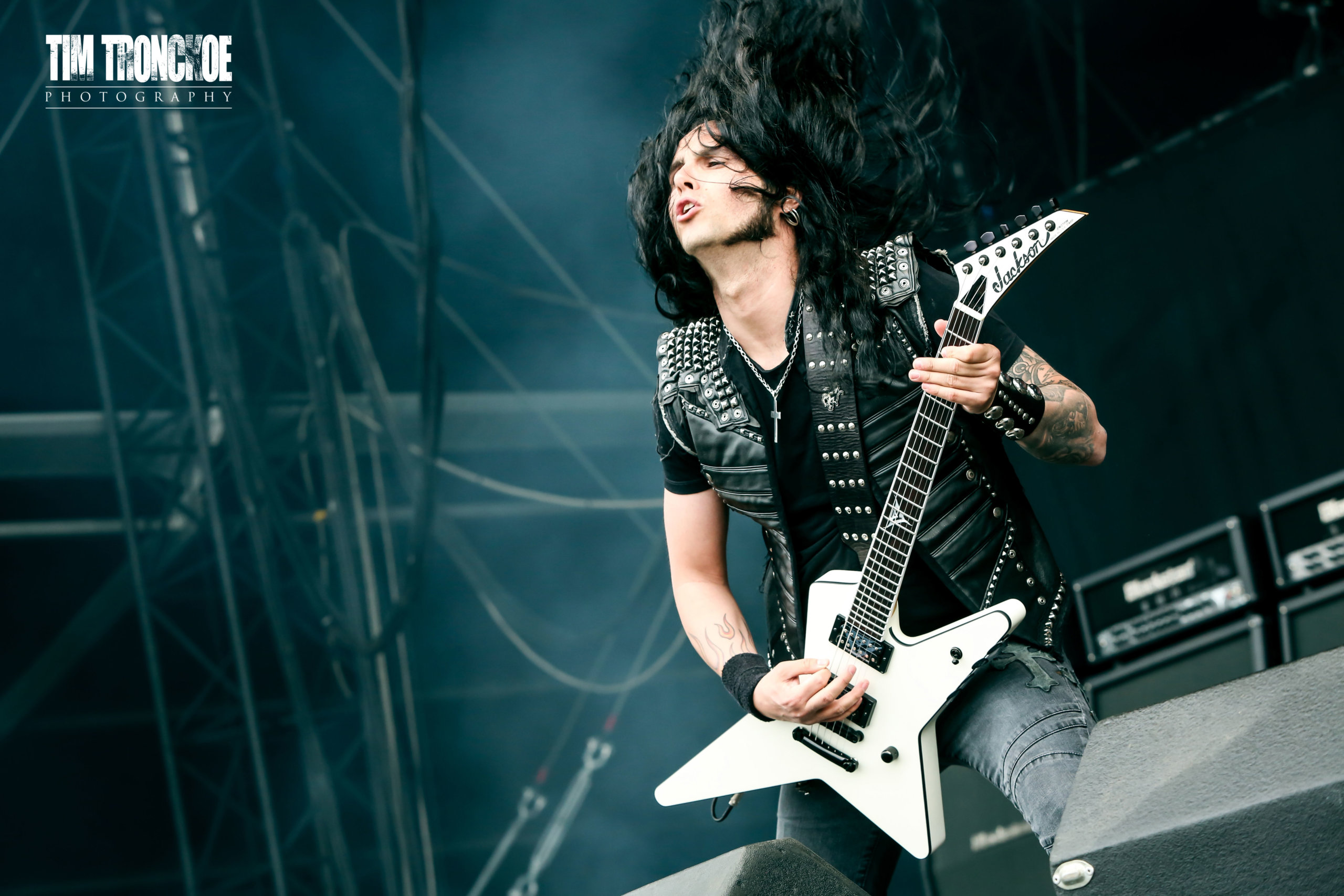 Guitarist Gus G. (Ozzy Osbourne/Firewind) has been announced as the latest addition to the Jackson Guitar family.

Jackson is proud and delighted to announce an electrifying new addition to its stellar artist roster—Ozzy Osbourne/Firewind/solo guitarist Gus G.

Gus G. has spent the past decade quietly affirming his place as one of metal’s reigning guitar virtuosos. He has recorded more than a dozen studio albums, performed around the world as a member of acts ranging from Arch Enemy and Dream Evil to his own band Firewind, and has been Ozzy Osbourne’s guitarist since being personally handpicked by the heavy metal legend in August 2009.

“I’m beyond excited and honored to confirm that I’ve joined the Jackson Guitar family,” states Gus G. “We’re working on new versions of my Star shape guitars that I’ve played for more than 12 years. Plus, the fact that my custom shop axes are built by the legendary Mike Shannon, who built Randy Rhoads’ first Jackson, gives me goosebumps and takes the excitement up 10 notches! Thanks to the Jackson team for making things happen, and I am stoked for this new guitar chapter ahead.”

Gus G. was born Konstantinos Karamitroudis in Thessaloniki, Greece, in 1980—the same year Jackson was born. His arrival brings even more heavyweight power and prestige to the Jackson family of world-class artists, continuing a long-cherished tradition of Jackson-wielding Ozzy Osbourne guitarists dating all the way back to Randy Rhoads and the company’s 1980 founding.

“We are beyond thrilled and honored to welcome Gus G. into the Jackson family,” states Jackson Artist Relations Manager Mike Tempesta. “His playing style, command of the instrument and dedication to the craft exemplify the type of artist that keeps the Jackson legacy alive and well. The entire Jackson team looks forward to an exciting future with the Greek Metal God!”

As well as his acclaimed contributions to several formative bands, the Greek guitar phenom has also embarked on a promising solo career. His 2015 sophomore solo album Brand New Revolution has received widespread critical acclaim, entering the sales charts in his native Greece at No. 18, in Japan (International artists chart) at No. 44, and in the U.S. at No. 22 (New Artist), No. 87 (Indie Chart) and No. 37 (Hard Music).

Gus G. will rampage across the U.S. this fall on a 20 date solo tour called “Operation Domination.”