These two new fuzz pedals were designed in collaboration with Gary Hurst, builder of the acclaimed Tone Bender. 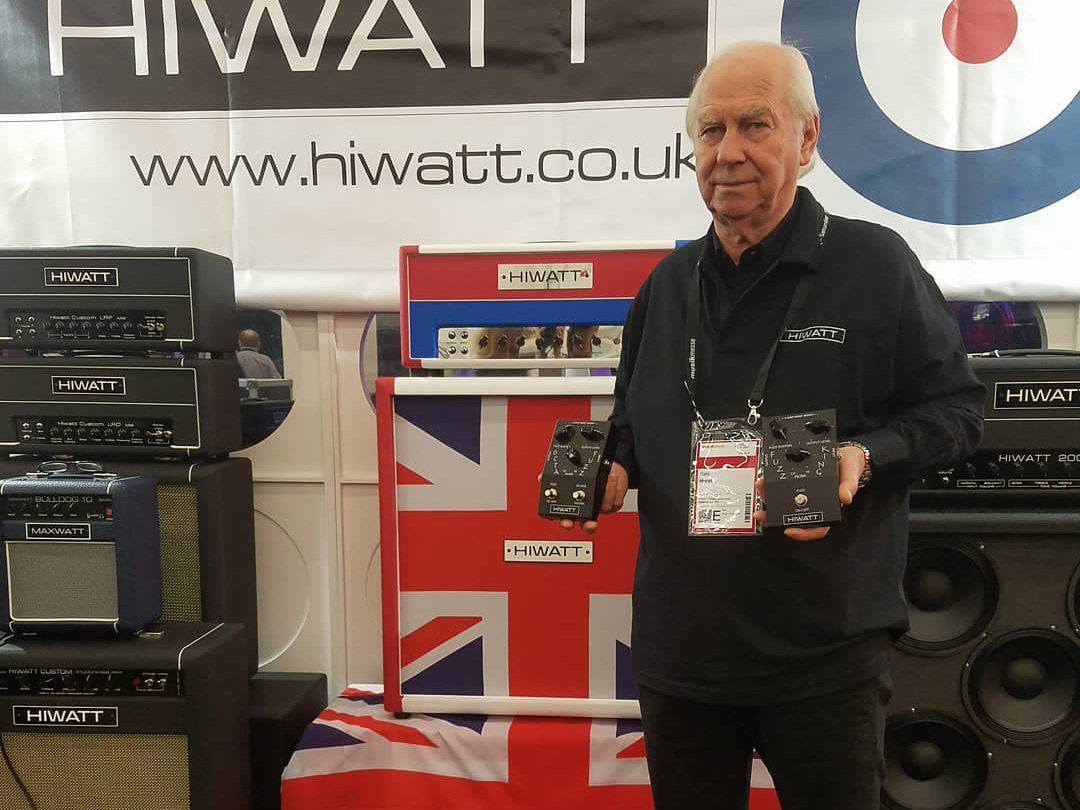 Vintage fuzz lovers have two new things to look forward to. At this year’s Musikmesse, Hiwatt announced the Fuzz King and Octa Fuzz, two pedals designed and hand-built by Gary Hurst, whose claim to fame is as the inventor of the legendary Tone Bender stompbox from the ’70s.

While both are vintage-inspired fuzzes, the Octa Fuzz has octave-up capabilities. Otherwise, they appear almost identical. Both units are capable of the full range of “standard fuzz effects,” according to Hiwatt, and have a set of simple controls: “Fuzz Sustain,” “Output Level” and “Lo/Hi Filter” knobs. Both pedals will be hand-crafted by Hurst and finished in a rugged enclosure.

These pedals mark the ‘reboot,’ so to speak, of Hiwatt. The legendary UK brand of amplifiers has had an interesting history, to say the least, and has new, Canadian owners who have been busy assembling a top-notch team. And roping in one of the most renowned stompbox designers of gear history is certainly a solid first move.

For more information, check out hiwatt.co.uk.