This is no ordinary amp. 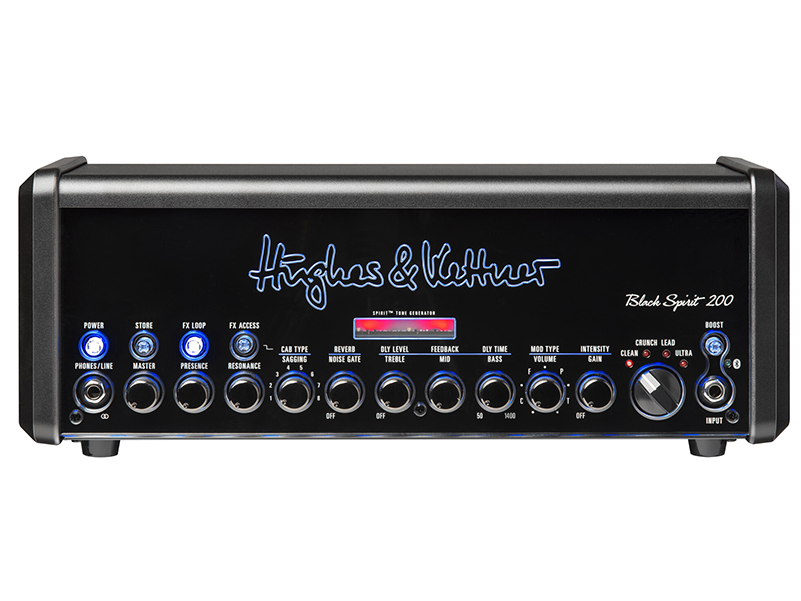 Hughes & Kettner has unveiled a new digital/analog hybrid amplifier that features some serious technology. The Black Spirit 200 is an eight-pound, 200-watt beast—and it’s unlike most other amps you’ve seen.

Through its tube amp research, Hughes & Kettner claims that “true tonal magic emerges from all the ‘weird’ dynamic interactions between the single circuit sections and the amp stages, the transformers and the speakers.”

To recreate these interactions on a “digitally controlled but strictly analog working platform,” the brand created the Spirit Tone Generator. This piece of tech is housed on a sealed PCB, so they’re being pretty secretive about what it actually is. It does, however, give the amp its lip-smacking tone that you can hear right here:

Another “first” for this amp is the integration of a power amp sagging control. “Sag” refers to the dropping of power supply voltage in response to large transient signals, lending creaminess and growl. Hughes & Kettner claims the Black Spirit 200 is the first analog amp to have such a feature.

Jumping to its controls, the amp has four channels—“Clean,” “Crunch,” “Lead” and “Ultra”—that cover everything from Fender-style cleans and Vox crunchiness to classic rock and ’80s-era heavy metal. It also offers a host of effects including digital reverb, delay and modulation, and has a FX loop, too.

Elsewhere, the amp has controls for “Gain,” “Volume,” “EQ,” “Presence,” “Resonance,” “Noise Gate” and “Cabinet Type.” The latter allows you to select from eight types of cabinet simulations, from 4×12 stacks to modest 1x12s—and anything in-between.

All of these parameters—except “Volume”—can be stored in one of the 128 presets to be recalled on the fly. An optional MIDI board makes the preset recall easier, but there’s also an upcoming iPad app to manage this.

While the Black Spirit 200 has an incredible 200 watts of output power, it can be limited to 20 or two watts to suit the capacity of the cab in use.

Ready for pre-order at $999. More information at hughes-and-kettner.com.