Other launches include the Z-TONE Buffer Booster and AmpliTube Joe Satriani. 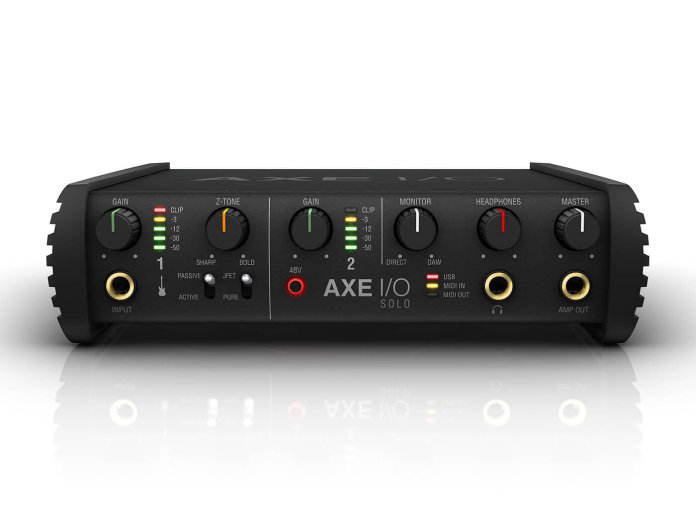 NAMM 2020: IK Multimedia has launched a slew of new products on the first day of this year’s NAMM show, commemorating the 10th anniversary of its acclaimed iRig interface.

The Axe I/O Solo (pictured above) is billed as an affordable guitar interface that comes packaged with advanced tone-shaping features. Designed as a portable recording solution, the Axe I/O Solo acts as a compact two-in/three-out USB audio interface that features IK’s bespoke Pure microphone preamp and an Amp Out to increase connectivity to real gear, should a more analogue setup be preferred.

Additional features include a Pure circuit for pristine, transparent sound, a JFET circuit for adding warmth and harmonics and IK’s proprietary Z-Tone impedance-adapting circuit. The latter adjusts the input impedance for optimal interaction with the guitar’s pickups.

The Axe I/O Solo can also serve as a controller for use with AmpliTube or similar guitar-tone modifying software. The interface comes bundled with AmpliTube 4 Deluxe, as well as a suite of T-RackS mixing and mastering plug-ins. 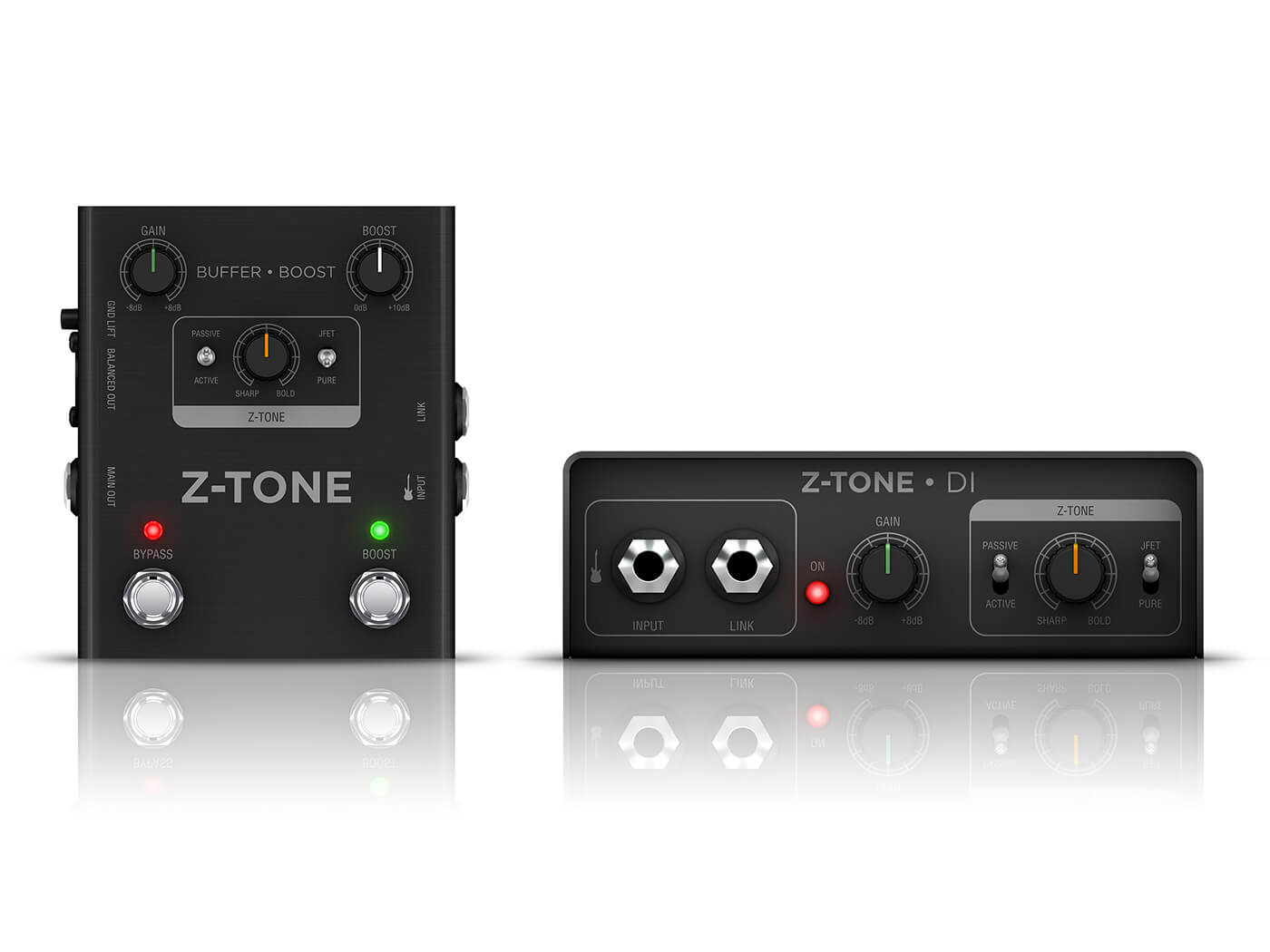 IK has also released the Z-Tone Buffer Booster and Z-Tone DI, which allows players to directly adjust the input impedance of their preamp pedal before letting the signal hit the rest of their pedalboard. The Z-TONE Buffer Booster also offers true bypass on the pedal and amp output, while both balanced & unbalanced outputs let bass or acoustic guitar players connect directly to mixers and PAs.

The Z-Tone DI allows users to take advantage of Z-Tone’s tone-shaping capabilities at line-level sources. It offers a wide, extended frequency response that allows an instrument’s natural range to be pushed through, and an adjustable input and output gain. Additional features include a balanced main output with ground lift to eliminate buzz or hum, an unbalanced out for flexibility and a -20dB pad for an extended operating range. Users can also use the Z-Tone DI to directly record or mix both clean and amplified signals thanks to the convenient ‘Link Out’. 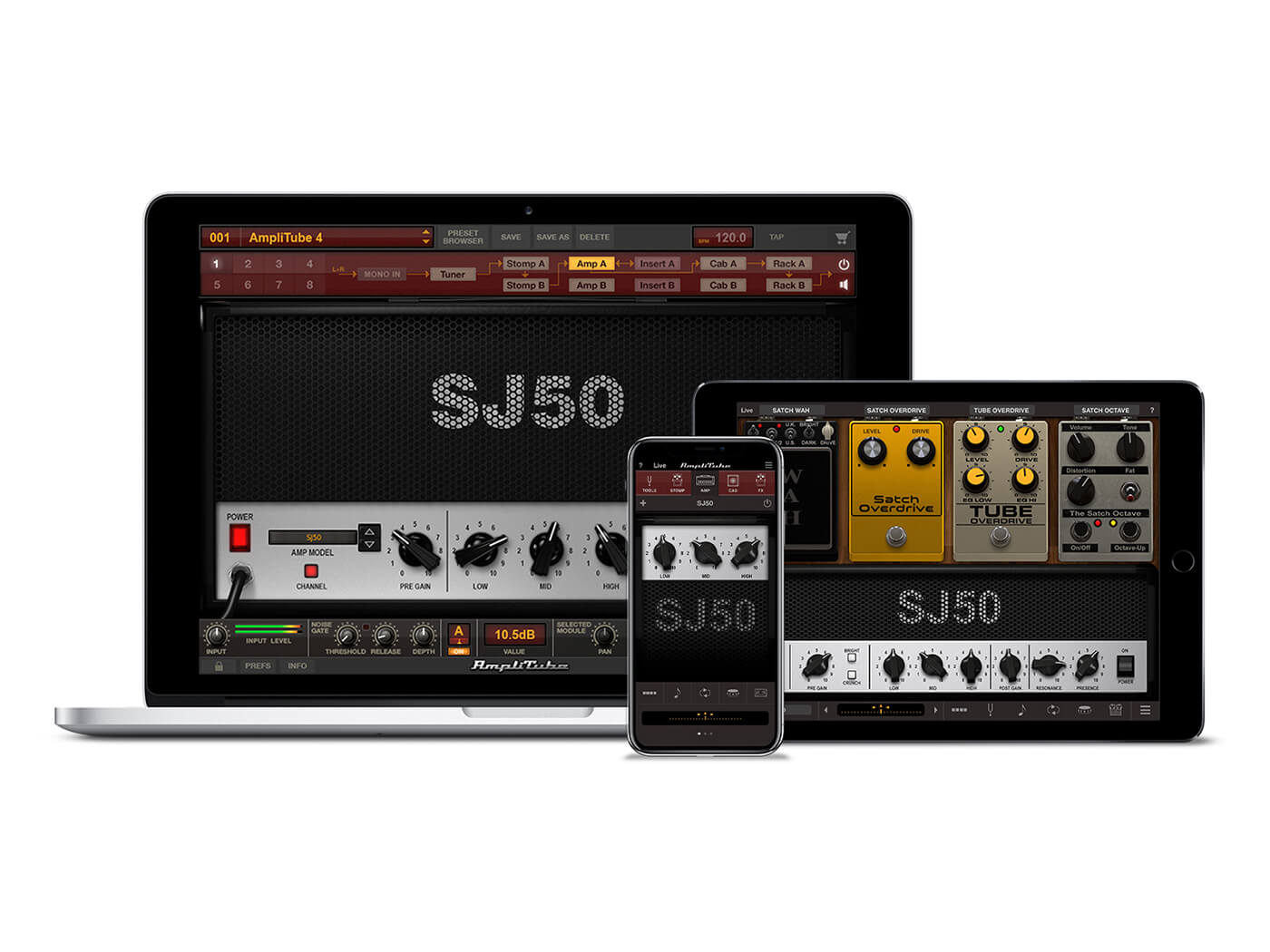 IK used its latest ‘Dynamic Interaction Modeling’ technology to capture the behaviour of every component in the circuit in its entirety, enabling users to replicate the guitar icon’s rig. The Amplitude Joe Satriani is available as both a desktop app and as a DAW plug-in.

AmpliTube Joe Satriani will be released in February 2020 for €/$99.99. The mobile version will be available as an in-app purchase within AmpliTube CS for $24.99.